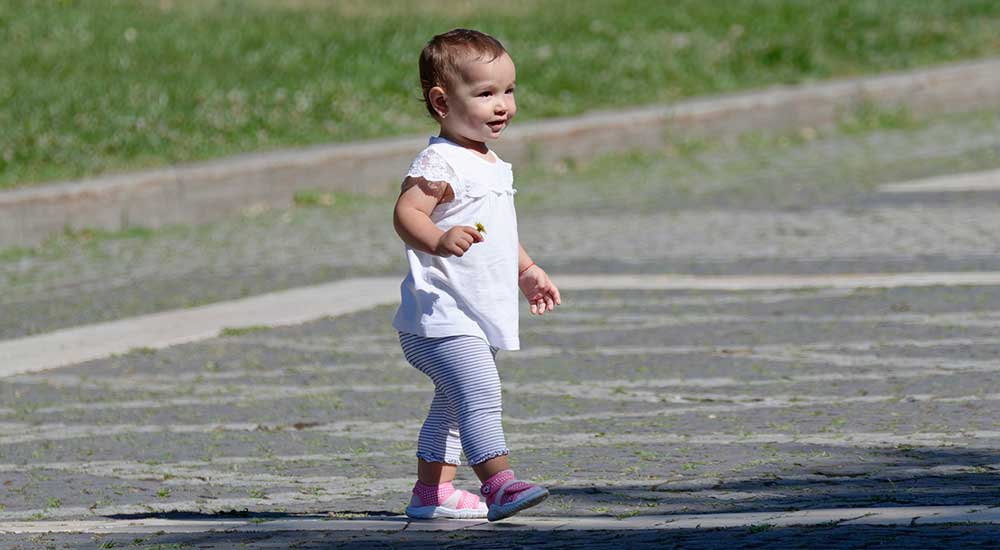 What is a Failure?

Relative to learning a skill, a failure is a tiny part of the whole – just like a baby’s false steps when learning how to walk. A less dramatic and safer word would be mistake. But let’s be real. A mistake is a form of failure, however small. Furthermore, failure is nothing to fear. It’s actually something to seek.

Babies have an insatiable drive to sit, stand, and then walk. Succeeding at those functions requires numerous forms of learning, all of which come subconsciously to children. Their attempts mostly fail, but each failure only seems to increase their resolve.

The process of how children learn to walk is instructive for how best to learn most skills. They stand. They fall. They stand again. They fall again. And on, and on, until they’re walking. Obvious in their attempts is the refrain popularized in Thomas H. Palmer’s essay, Try, Try Again.3

Whether you’re conscious of it or not, try, try again is precisely what you’re doing when drawing. That’s true of both beginners and experts; in Sight-Size and also when comparative drawing. The question is, are you doing it intelligently? 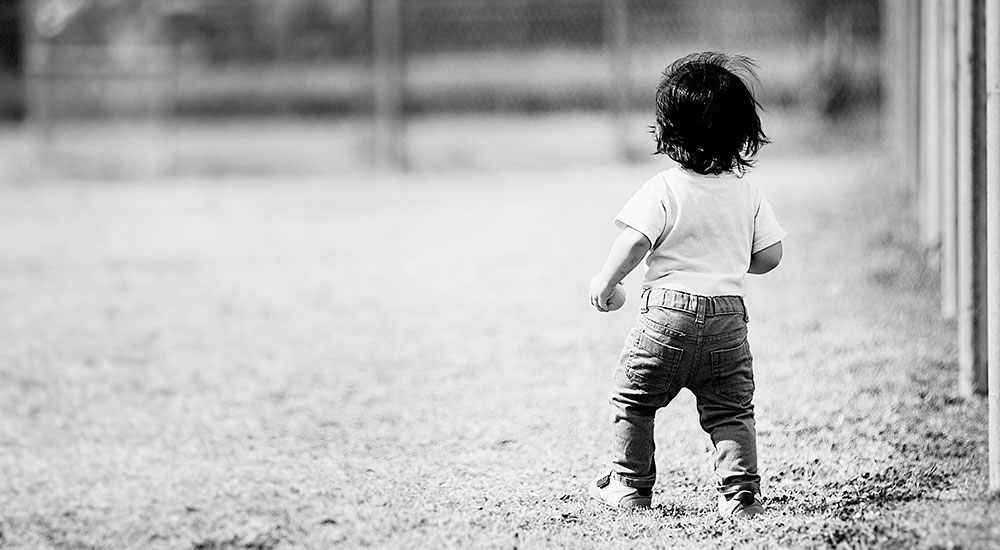 Learning via failure depends upon assessment. To keep with the baby analogy, their brain, nerves, and muscles adapt to their missteps. In other words, they repeat the same motions over and over again, redoing the step which led to a fall. At each attempt their nervous and muscular systems learned by adapting to the results. Eventually the result is walking.

As a teacher since the late 1980s I’m confident that I’ve made well in excess of 10,000 critiques of student work. Over time, certain patterns appear. One such pattern is that when noticing a mistake most beginners completely erase it before attempting a correction.

That itself is a mistake.

Better is to use your failures. How? Let me count the ways. 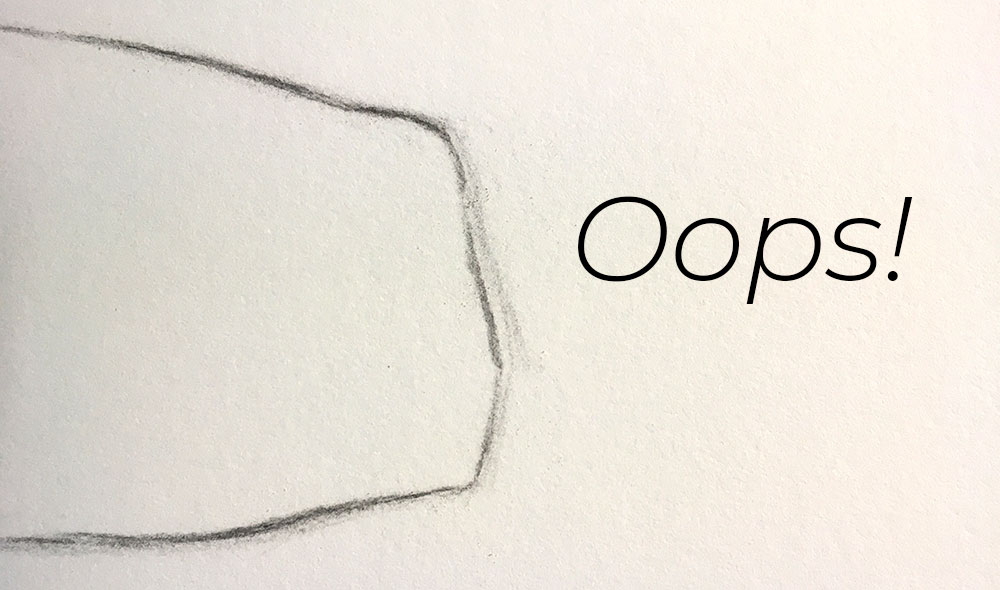 One way is to avoid the temptation to obliterate the error. Errors are in affect an anti-target. When you make a mark that’s off of your target, it’s still closer to it than no mark at all! Notice that sentence a little more carefully. The errant mark is closer. But by how much?

And that’s the point. If you leave the mark you can compare the error to your source and thereby judge how far off you were. Without that visible error you’re back to a guess. The rule is, only after you place the new mark should you then erase the old.

Another way to use your mistakes is with an overlay. Overlays allow you to rework an area non-destructively.

Tracing paper works for drawing, if the tracing paper is thin enough. You want to be able to see through it to your drawing. You then ‘correct’ the underdrawing on the tracing. Once you’re happy with the results you would then proceed to correct the drawing itself.

Clear acetate works best for overlaying a painting. Use artist’s tape to lightly affix the acetate to your painting (which first needs to be dry to the touch). You can now see your painting through the acetate and safely paint upon it. Here again, once you’re pleased with the corrections you would then do them on the actual painting itself.

There is one note of caution regarding overlays however. Using a transparency is not something I recommend for beginners because doing so will slow them down and may even inhibit their progress. Better is to learn to draw lightly. Be gentle.

At the beginning of this article I mentioned 10,000 failures. Failures can be cheap, or they can be expensive.4 Relative to drawing and painting, a cheap failure is one that is easily and quickly fixed. Its impact is local, which means that neither the error nor its correction affects anything else.

Conversely, an expensive failure would be one that causes additional errors.

This is one reason why piecemeal seeing and window-shading5 are problematic. When you finish sections one at a time any errors you might make affect all the other sections. Therefore, when you notice and correct one of the errors you may have to rework the entire drawing or painting.

The concept of failures is behind another article, The Art of Starts. Starts allow you to fail cheaply and at speed. As but one example, the more you fail at seeing the big shapes the more accurate your eye will become. Doing ten cast drawing starts gives your eye the opportunity to fail (and then succeed) exponentially more often than taking every start onto finish.

1 Malcolm Gladwell coined the phrase in his 2008 book, Outliers, but credit for the concept belongs to Anders Ericsson for his 1993 paper The Role of Deliberate Practice in the Acquisition of Expert Performance. Ericsson took umbrage at Gladwell’s interpretation of his research, stating that the quality of the practice far supersedes the quantity in importance.
2 Everyone involved in teaching others should consider reading Scott Provence’s book, Fail to Learn: A Manifesto for Training Gamification.
3 Although the phrase first appeared in Thomas H. Palmer’s essay, The Teacher’s Manual: Being an Exposition of an Efficient and Economical System of Education, Suited to the Wants of a Free People, W.E. Hickson popularized it in his poem, Try, Try Again.
4 This is thoroughly explained in Fail to Learn: A Manifesto for Training Gamification.
5 Window-shading is the act of completing a drawing or painting in sections without reference to the other areas. A common example is working from the top, down and finishing as you go.