A Rain from Heaven 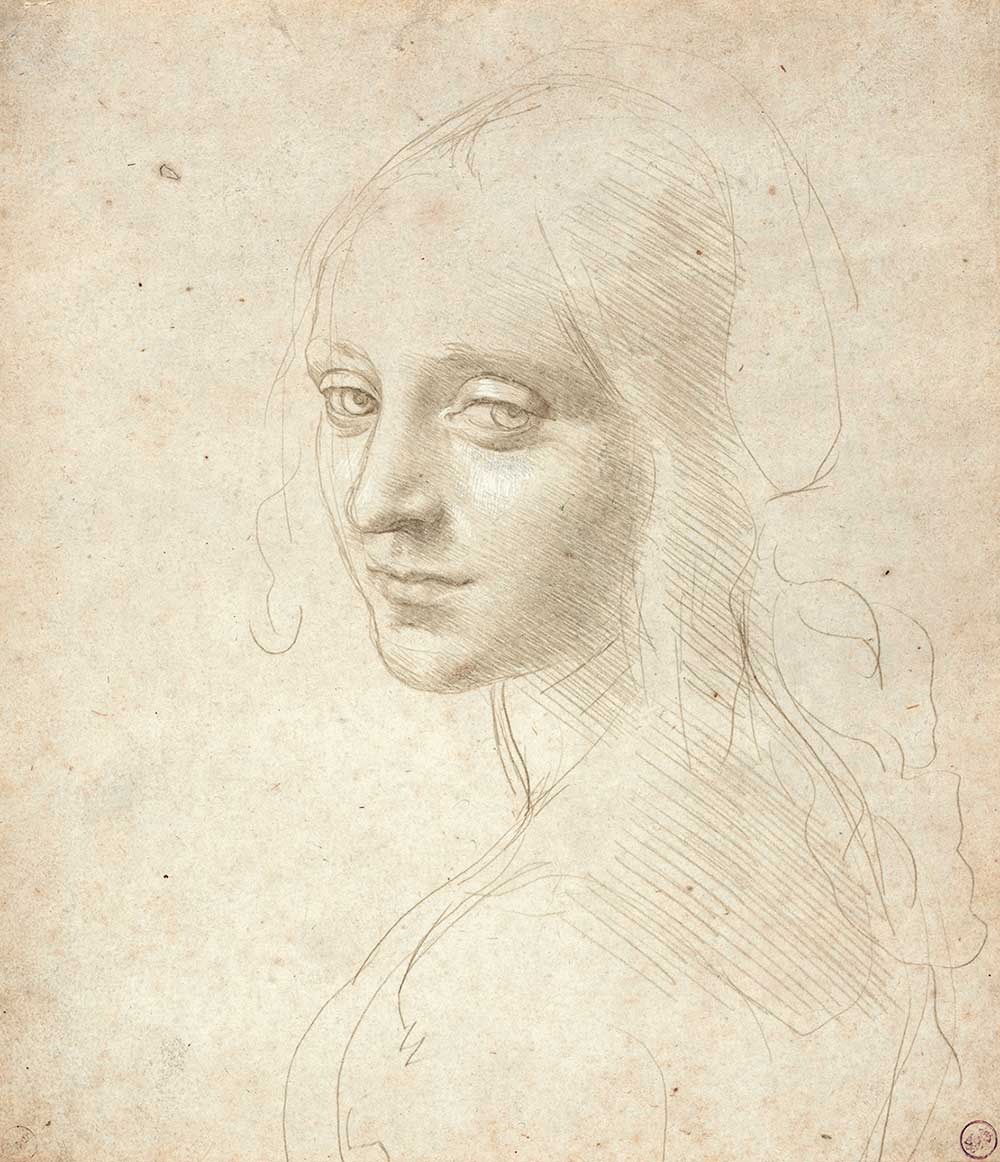 One of the first shading techniques I was taught to use was called a rain from heaven. This meant shading in parallel lines, and usually at a 45 degree angle. The phrase, like most art phrases, was likely invented by some teacher eons ago although I can find no written reference to it. Perhaps Gammell or Paxton coined it? As far as I can tell the phrase has now fallen out of fashion. Regardless, what it represents is still valid.

The premise is that the pencil, pen, silverpoint, chalk and, at times, charcoal, needs to be able to describe value and form in a way that still preserves the linear quality of the medium. In other words, your pencil drawing should not look like greyscale painting nor like a wash drawing. If it does, why wouldn’t you simply do a wash drawing in the first place?

Of course there are few, if any, lines in nature. As such, linear drawing is a convention imposed upon us by the medium being used. The skill in its use is not in making it appear to be a different medium. It is in bringing out the qualities inherent in the medium itself.

In the past, especially in the French Académie Royale de Peinture et de Sculpture (Royal Academy of Painting and Sculpture), one of the ways that students where taught to draw was by copying engravings. As we all know, an engraving is pure line – there is no smudging. Among other things, this practice reinforced the idea that a line is a line, and to describe value or form you had to do it linearly.

Opposed to that approach is the use of the stump, and to some extent even charcoal itself. Representing value and form, linearly, began to be replaced by doing it through tone.

What has all this to do with a rain from heaven? Take a look at the drawings below. 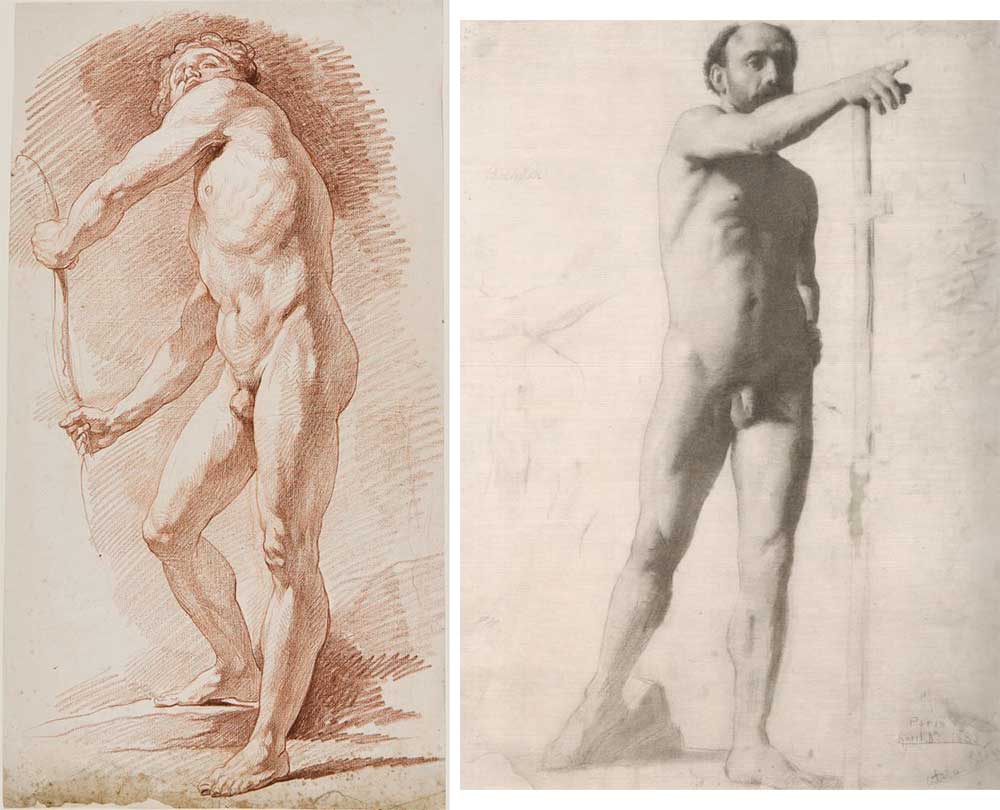 The left-most drawing is an academie by Nicolas-Bernard Lepicie (1735-1784). On the right is one by Dennis Miller Bunker (1861-1890). The mediums are different, Lepicie used red chalk and Bunker used charcoal. The finish is different as well. Lepicie used line to express form, whereas Bunker used tone. Lepicie’s is also more touch, Bunker’s is more optical.*

And yet, if you look closely, both used a rain from heaven approach to shading. This is most evident in the lower-left leg of each drawing (our left, not the models’). Although that area is ‘finished’ in Lepicie’s drawing, Bunker’s is not and that is why we can see how he began shading. You can also see this in the background areas of the Lepicie.

Below is a detail of Michelangelo’s study for the Lybian Sibyl. This drawing was done in red chalk, like the Lepicie. Notice the rain from heaven in the shaded areas.

William Marshall Craig, writing in 1793, discusses the proper way to indicate shadows in a drawing:
“Whatever memorandums are made for the shadows of objects, let them be made diagonally, from the right hand to the left [for a right-handed artist] . . . This parallel tendency of the lines in the shadows produces a degree of unity, or harmony, in the appearance of the drawing, so managed that it is highly pleasing.”1

One hundred and thirty years later, Harold Speed offers his suggestions:
“To sum up, in the method of line drawing we are trying to explain, the lines of shading are made parallel in a direction that comes easy to the hand, unless some quality in the form suggests their following other directions. So that when you are in doubt as to what direction they should follow, draw them on the parallel principle. This preserves a unity in your work, and allows the lines drawn in other directions for special reasons to tell expressively.”2