Article by Darren Rousar. Most recently updated in August of 2020. 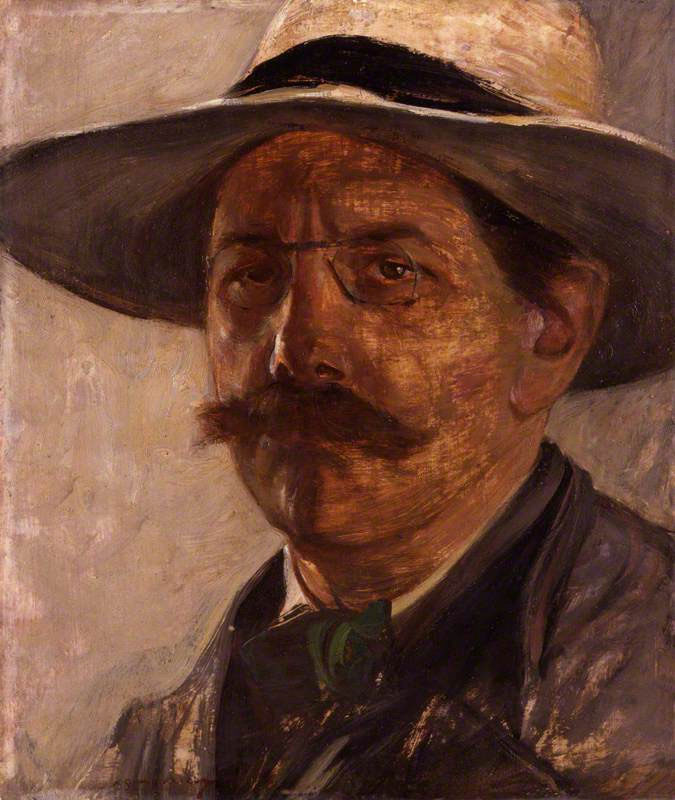 It is likely that you have never heard of Archibald Standish Hartrick (1864-1950). That is not surprising, and I suspect that he was not as well-known in his lifetime as were many of his friends and contemporaries – Sargent and Whistler among them. Nonetheless, he made an outstanding contribution to the written record of Sight-Size.

A son of a British army officer, Archibald was born in Bangalor, India. After his second birthday his family moved to Scotland and soon after that his father died. His mother remarried, this time to a doctor who was also an accomplished watercolorist. Both pursuits eventually interested Archibald, enough so that his first direction in post-secondary education was medicine at Edinburgh University. But art won him over and he was off to London and The Slade School of Art to study under Alphonse Legros. Eventually, he and a group of fellow Slade students left London for Paris to study at the Academie Julian and Atelier Cormon. 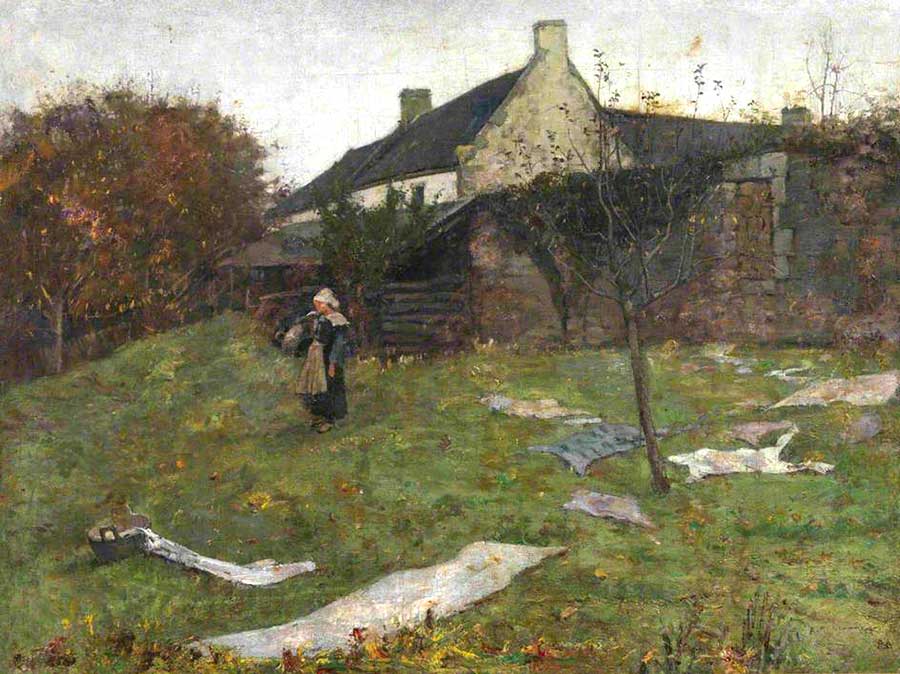 Archibald Standish Hartrick, The Back of Gauguins Studio, Pont Aven, 1886.

During his studies in Paris he became good friends with Paul Gauguin, Vincent van Gogh, and Toulouse-Lautrec. Toulouse-Lautrec’s influence pushed him in the direction of lithography, a medium which eventually helped him earn a living. Below you can see one of Hartrick’s lithographs, commissioned by the British Government during World War I. It is part of a series titled, Women’s Work. 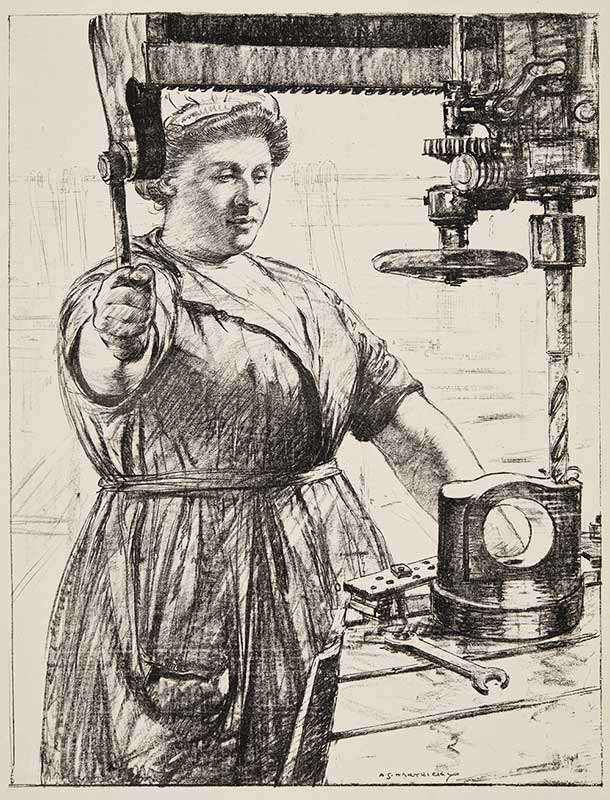 In 1908 Hartrick became the drawing master at the Camberwell School of Art in London, thanks in part to recommendations from friends George Clausen and John Singer Sargent. Thirteen years later he wrote the book, Drawing: From Drawing as an Educational Force to Drawing as an Expression of the Emotions. Below are some quotes from the book, many of which pertain to Sight-Size.

Drawing is solely a matter of vision, therefore I say “trust your vision” and draw what you see, not what you know of things seen.

In the teaching of drawing there are two main purposes:

The first essential for a student of drawing is to learn to see: by this I mean learn to see in terms of his means of expression. When representing the appearance of an object on the flat surface of the paper drawn on, the student must realize that only what the eye receives from one fixed point of view and under one fixed set of conditions of light and shade can be represented at one time. Nothing that the mind knows beyond what the eye can see counts in this representation.

In what then does this learning to see consist? First of all in perceiving that it is impossible to see anything by itself alone, but always in relation to at least one other object. The result of these two or more objects seen in their true relations to one another makes a whole or picture that can be put down on paper. According as this is done well or ill in drawing, so will the illusion of the reality be conveyed to another or not.

One should never copy one side of the figure or object without thinking mentally of its bearing to the other. Trust the eye and try to set these down at once. That the pupil should learn to trust his eye always and everywhere is the first requisite in draughtsmanship. Any measurements should be made afterwards to test and correct what has been stated freely.

In drawing, two facts set out in true relation to one another are of more importance than the collection of fifty incorrectly related. Yet all beginners spend their efforts in collecting and copying facts without much thought of the relations of each to the others.

The ideal position in regard to the model is to set the easel at that distance from which the whole model and the whole drawing appear of about the same size when looked at from the one fixed position from which the drawing is made. The reason for this is that the best drawing depends entirely on the hand and eye acting together in perfect unison to produce the sensation of what is seen. If, as is so common in the schools, you draw a life-sized head 30ft. from the model, you are doing geometrical figures of enlargement in your head and not rendering what you actually see at all.