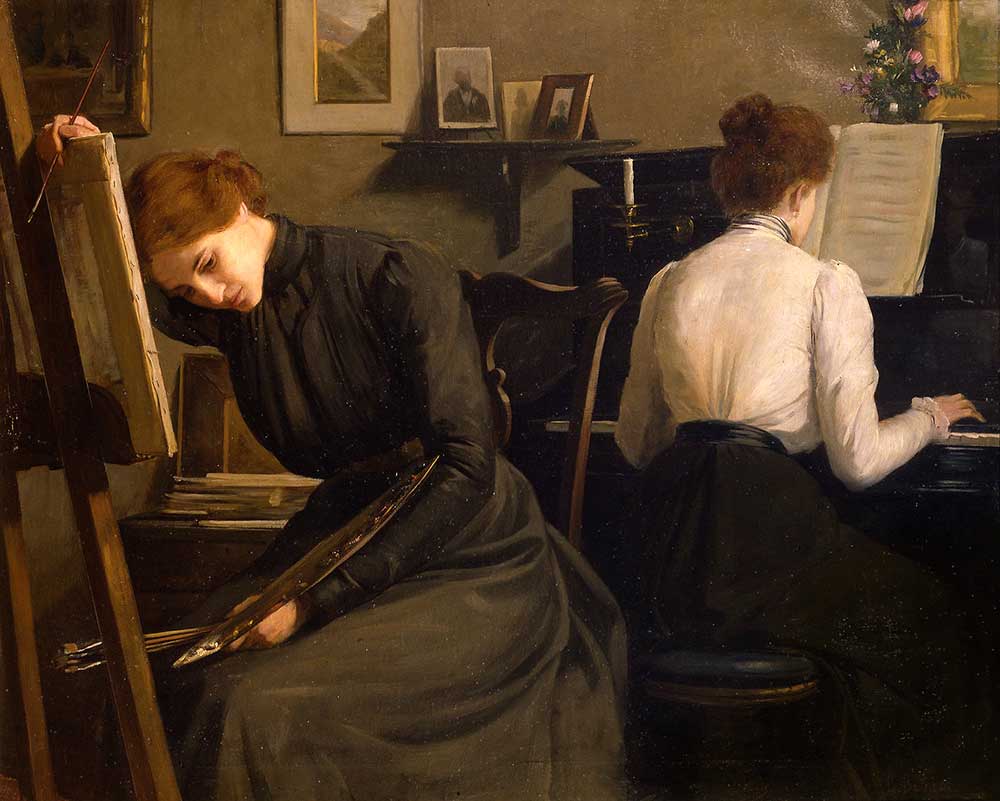 The previous articles on modeling dealt with the practicalities — how one goes about modeling via form over value, and value over form. This article explains the history and reasonings behind those two approaches. I refer to their adherents as the artists of the mind and the artists of the eye.

Three things must be noted before we begin:

The Paragone
Il Paragone is the catch-all term (Italian – meaning comparisons) for an ongoing debate between the arts of painting and sculpture. During the Renaissance a subsection of that debate split the artists of Florence and Venice into two camps: those who promoted disegno, and those who promoted colore. Note that non-artists define these terms respectively as drawing and color. But that, as we shall see, is far too literal.

The debate did not begin in the Renaissance. Rather, the subject has likely been debated since artists began to attempt the representation of the natural world around them. Legend or fact, the two stories below nicely sum up the approaches to figurative art that artists have routinely dealt with for over two millennia. This choice, as described by Pliny during the late 1st century AD, is between representing the conceptual beauty of the ideal and the literalism of the real. 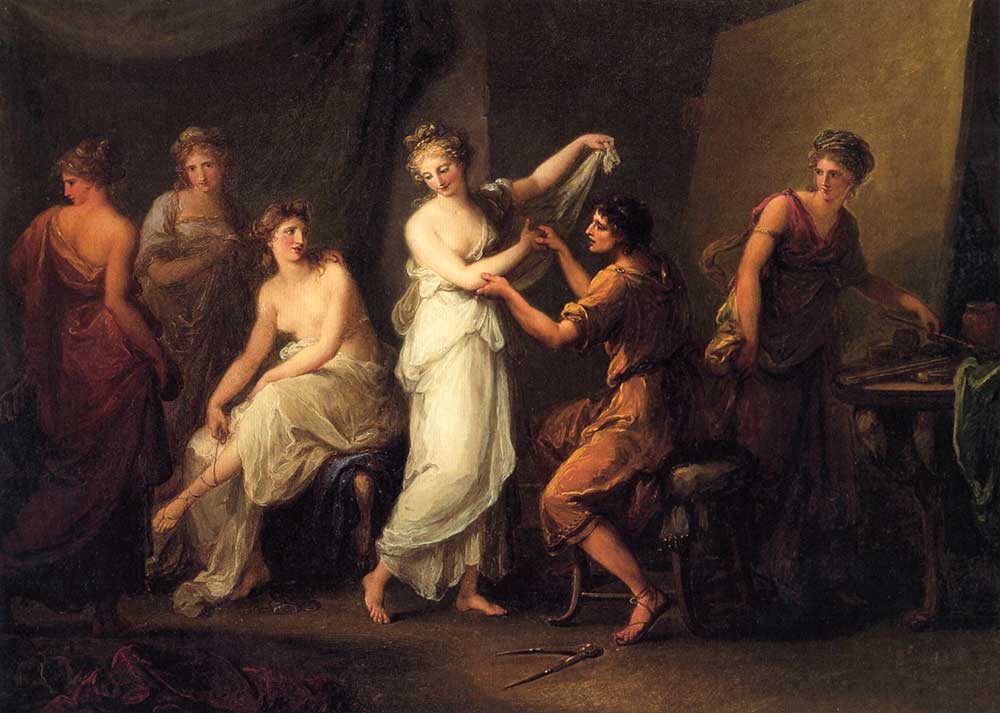 Angelica Kauffman, Zeuxis Selecting Models for His Painting of Helen of Troy (1778).

Helen’s Parts and Zeuxis’ Cherries
Zeuxis was a Greek painter from the 5th century BC who was noted for doing paintings that created the illusion of light, shade, and three-dimensional space – i.e. they appeared lifelike.

When Zeuxis was about to execute a painting (of Helen of Troy) for the people of Agrigentum he had the young maidens of the place stripped for examination, and selected five of them, in order to adopt in his picture the most commendable points in the form of each.3

Zeuxis’ intent was to represent an ideal so as to elevate Helen (daughter of Zeus – the most beautiful woman in the world) above the hoi polloi (the rest of us).

Zeuxis painted a boy carrying a basket of ripe red cherries. When he hung his painting outside his door, some birds flew down and tried to carry the cherries away. “Ah! This picture is a failure,” he said. “For if the boy had been painted as well as the cherries, the birds would have been afraid to come near him.”2

There are additional versions of that story but all revolve around the fact that Zeuxis was bothered because his rendition of nature was somewhat flawed.

Idealism and Realism
Idealism can be defined as art imitating art, or a mental construct of nature. This imitation may be as literal as choosing classical forms or using proportional scales (e.g. the figure is x heads tall). It might also be less obvious, as when the artist intentionally adjusts what is being observed based upon his or her knowledge of anatomy or the physics of light. Neo-classical artists, like David and Ingres, exemplify idealist painters. So do the artists who paint primarily from their conception of nature. Zeuxis’ painting of Helen of Troy was Idealism.

Realism is art that seeks to imitate nature. This is most often accomplished through the artist’s direct observation of the subject. The phrase, ‘truth to nature’ is used to describe realism, and visual accuracy is a common pursuit for those so inclined. The Realists of the the nineteenth century epitomize a version of this type of realism. On the other hand, so do the French Impressionists, as well as those who pursue the visual impression. Zeuxis’ painting of the boy carrying a basket of cherries was Realism.

Here is R. H. Ives Gammell’s take on it. “When he interprets nature, one type of painter [the idealist] is impelled by temperament or training to stress the generic and typical forms which underlie the specific shape of the individual to be depicted. Another type [the realist] prefers to emphasize the characteristics wherein that individual departs from the norm.”4 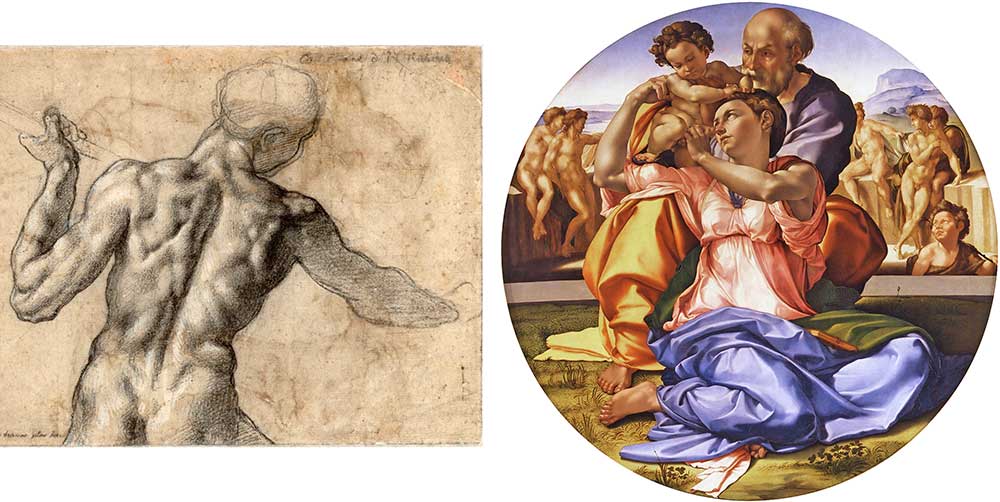 Disegno – Artists of the Mind
Disegno is an Italian term whose meaning in English combines aspects of drawing and design. Renaissance proponents of disegno (for whom Michelangelo was the key figure) believed that the true artist’s source and motivation came from his mind. Nature provided, in part, forms from which the artist would learn and later manipulate in order to represent from his imagination.

To bring this about, artists who pursued disegno spent a great deal of time learning anatomy and studying Ancient Greek sculpture. The goal was to distill what elements of each provided the ideal representations of man as well as his ideals. In practical terms, disegno provided artists with formulas that allowed them to visually speak to the emotions and aspirations of their fellow man. 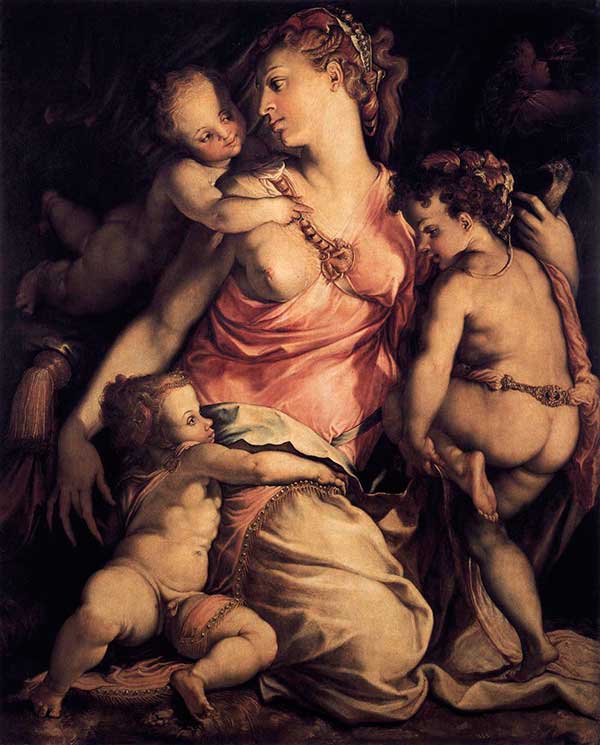 Francesco Salviati’s, Charity (1546) is an example of Mannerism.

Taken to extremes, disegno results in mannerism when the artist’s conception and process deviates too far from nature. The Italian Mannerists of the late Renaissance exemplify this tendency, as do many artists who follow another’s style.

Today’s version of disegno is not that far removed from its past. Relative to modeling, I wrote about this in the article Modeling: Form Over Value. The connection relies entirely on conception and how relevant observed nature is, or is not, to the process. 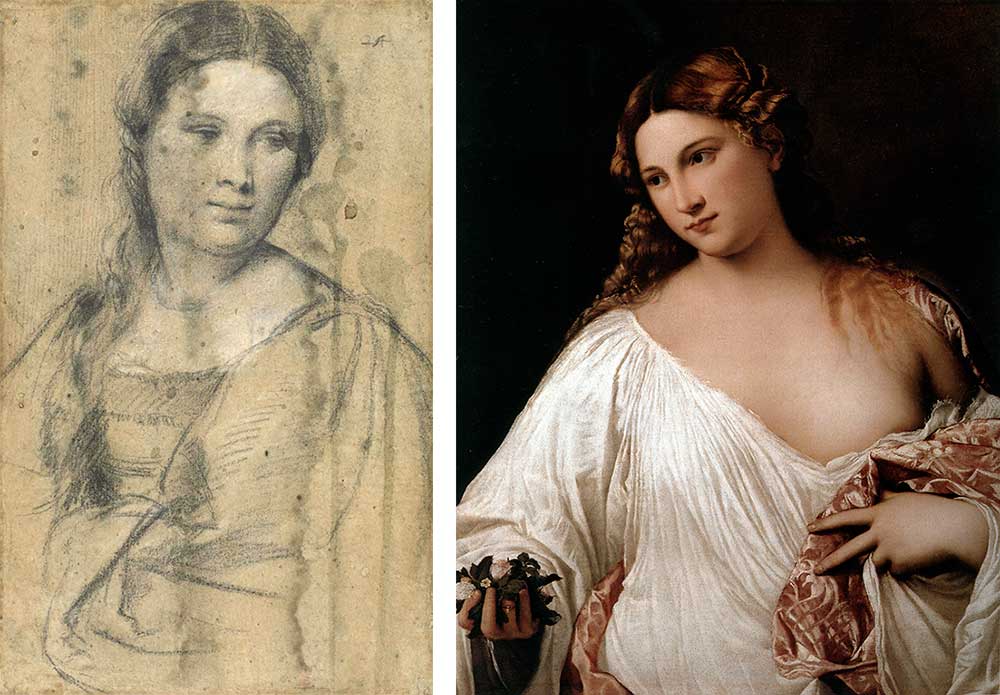 Colore – Artists of the Eye
Colore is also an Italian term. Its literal meaning in English is color. But, relative to our subject, it is used to refer to the representation of nature as it is, or was, observed. The Venetian Renaissance artist, Titian, and those who just preceded and followed him, are said to have pursued colore. Various theories exist as to why Venice was a hotbed for colore, among them the humidity in the region and, therefore, its atmospheric light.

That color for colore artists is a part of their observation of nature is no more important than is shape, value, and edge. Their observed representations were wholistic. So was their practice of modeling, which appears to have often followed value over form. 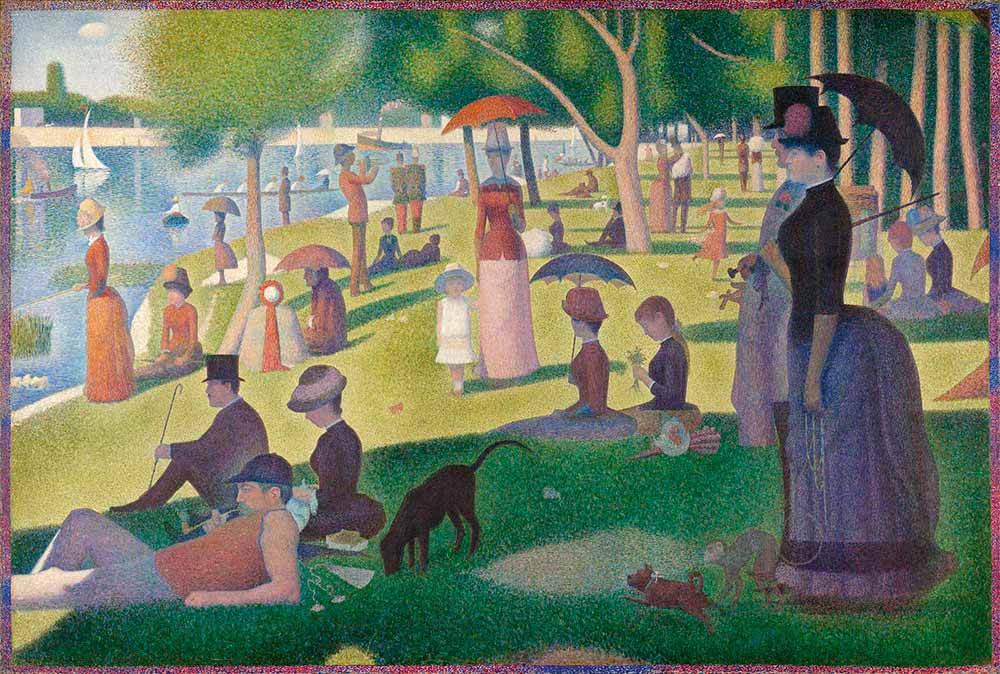 Seurat’s, A Sunday on La Grande Jatte (1884) is an example extreme colore.

When colore is taken to extremes the resulting error is one or both of the following:

Sight-Size: Mind or Eye?
It is clear that Sight-Size is an approach strongly in the colore/artist of the eye camp. Much of Sight-Size training is learning to see by copying what you see. For some, perhaps many, that’s where the story ends – learn how to paint what you see and do it over and over again.

For others, once trained to see, Sight-Size affords them the opportunity to express themselves through a representation that appears as lifelike as possible. Again, being trained to see does not mean that you must represent that sight as you have seen it. Trained sight is only the beginning. It gives you a tool from which you can intentionally and intelligently deviate.

Painting from nature, as it is interpreted and practiced by impressionist painters, is essentially creative work. People who have no understanding of this kind of art imagine it to be a sort of routine copying, a task which the eye and hand carry out almost mechanically. This wholly mistaken opinion may seem substantiated by the habit of talking to their sitters cultivated by most portrait painters, a necessary part of their job which greatly increases the fatigue of painting. The fact is, however, that making a synthesis of observed visual facts, the fundamental act of impressionist painting, is an exceptionally exhausting form of mental activity to which is added the physical fatigue of walking back and forth before the canvas.5

Photo-Reference: Mind or Eye?
Since the advent of the camera, and its antecedents (the camera obscura and lucida), artists have had additional source material for their pictures beyond their own minds and eyes. But, the use of photographic sources is not as simple as it might seem.

It is true that many artists who use photo-reference do so by essentially copying exactly what the photo gives them. As such, this places them into the realm of the artists of the eye, albeit in a generation removed from nature.

However, to make the most use out of photo-reference, one might not just merely copy the photo itself. Rather, the knowledge of the subject, light, etc., might be used in order to counter the defects inherent in the photograph. As such, those photo-based artists can easily be thought of as artists of the mind.6

1Stuart Copeland, bedsides being a founder and the drummer for the band, The Police, is a prolific film composer. Beginning at 43:28 in the podcast, he states:
“Musicians are divided at birth into two categories: musicians of the ears and musicians of the eye. Musicians of the ear are connected to the music by the ear. They’re staring off into space, and they just know when eight bars are up. And they know where to listen for the groove, and they’re part of that groove. And they’re connected [to the music as well as to the others in the band] with their ear. Musicians of the eye read a chart [a musical score]. And their fingers follow what their eyes tell them to play. And even the rhythm comes from the conductor – a visual cue – the conductor’s baton. Their eyes connect them to the music.”
2James Baldwin. Fifty Famous People: A Book of Short Stories (1912), page 67.
3John Bostock (translator). The Natural History of Pliny, Volume 6, (1857), page 251.
4R. H. Ives Gammell, from a letter to Gerald Ackerman in 1968.
5R. H. Ives Gammell, William McGregor Paxton: 1869-1941 (1979), page 44.
6Note that I am not promoting the use of photography, especially by the student. First, learn from nature. Only then, and if your business or preferences demand it, use photographic sources.