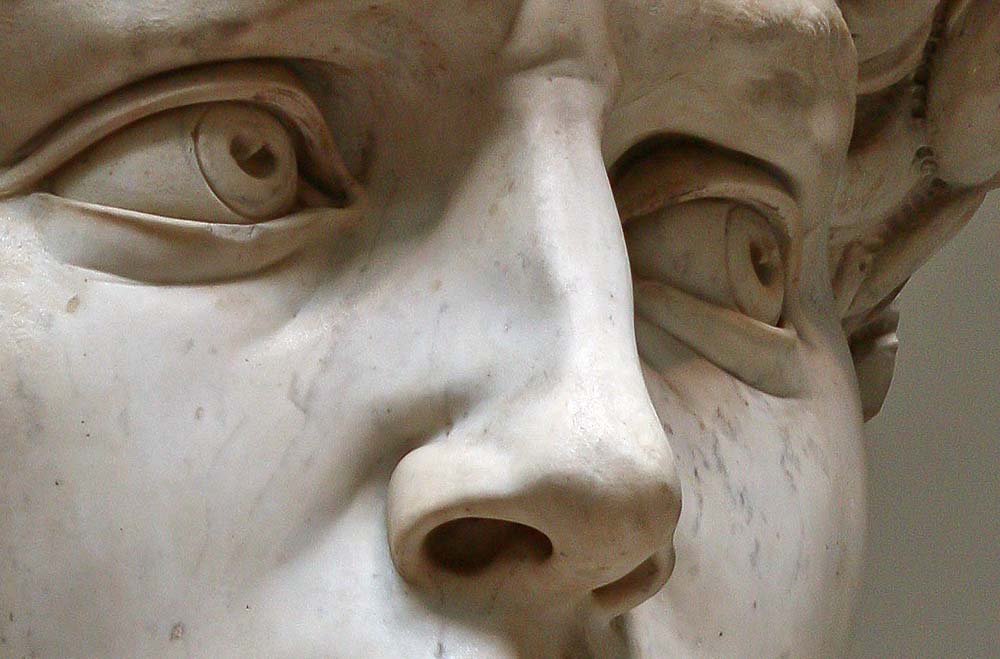 A closeup of the face of Michelangelo’s David.

Beginning students must learn to see nature simply, unencumbered by all the little piecemeal details. Under proper lighting many casts can provide this. But Michelangelo’s nose of David gives us simplicity, regardless of lighting. Due to that, the first thing I ask my students to do is to buy a nose.

If you can accurately draw that nose, you have 90% of the necessary skills you’ll need to draw anything you can see. Beyond that, it’s mostly practice.

Of course, who wants a picture of a nose? There are many more iconic casts that are in use by the ateliers. 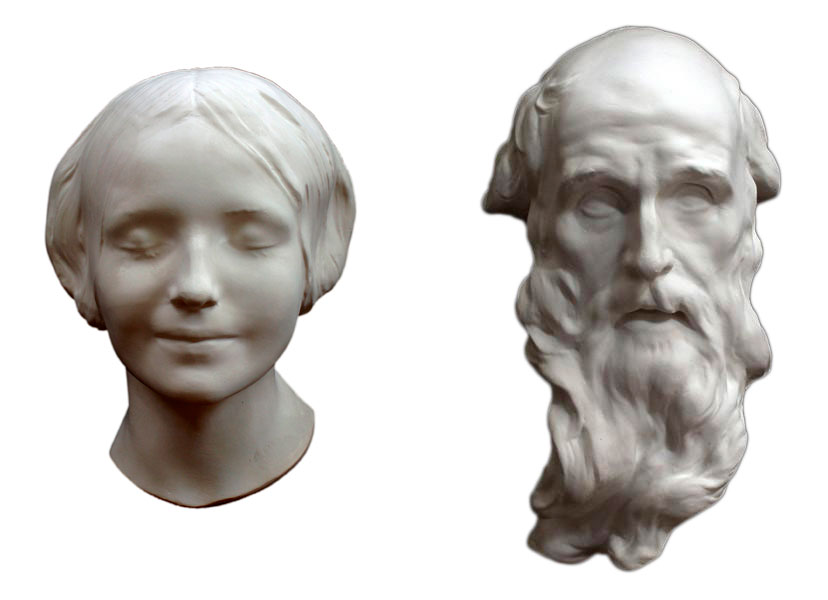 On the left, what is known as La Belle Italienne, and on the right An Old Man with a Beard (sometimes known as Saint Jerome).

Then again, the point of learning to see is to learn to see. It is not to produce a salable product along the way. Therefore, I still strongly recommend that you buy a nose.

Beginning with a complex cast may even delay your progress. Imagine trying to figure out what the sum of 3956 plus 954 is, before you knew 2 plus 2.

As outlined in an Mr. Gammell and the Cast, here again are the six main stages of drawing a cast:

Casts that are more complex than the nose, like La Belle Italienne and the old man, are not really more difficult. Their increased level of difficulty is only in your head

David’s Nose gives us two basic shadow shapes: the shadow/cast shadow combination, and the nostril hole shadow. Complex casts have more shadow shapes, sometimes many more. The difficulty is in the fact that you need to relate all of those shapes, in all of their aspects, to each other, throughout the entire 6 stages of doing the drawing. It’s very much like the game of chess, where each player needs to maintain an awareness of multiple pieces (both their own and their opponent’s) at all times.

That is something most beginners cannot manage at the outset. As such, they often get bogged down while attempting to create a drawing that has a convincing likeness to the cast. Since likeness depends entirely upon visual accuracy, one uncaught error inevitably leads to another and before you know it the likeness is gone (if it was ever there in the first place).

Exacerbating the problem is a version of confirmation bias. Since you drew the cast, your eye has a hard time noticing errors. In a way it simply cannot see them. An important part of learning to see is overcoming that bias. A complex cast makes that more complex, for the reasons I mentioned above.

Better is to set yourself up for success from the outset and buy a nose. After one or more successful drawings of the nose (using different lighting and/or orientations), a progression through ever more complex casts would be in order.

A perfect progression would then be: David’s Mouth, followed by his Ear, and finally his Eye. Remember that at this point in your training pursuing a tight finish should not be a concern. Read through The Art Of Starts to understand why. Also keep in mind that the goal is learning to see. It is not learning how to draw individual facial features in an effort to eventually draw a face. David’s features look like no other, so therefore his formula will be of limited help.

As a teacher, if you can prove to me that you can successfully see and draw those features, I would allow you to move onto full masks or busts.

But did I mention that you should first buy a nose?

And what a nose it is! 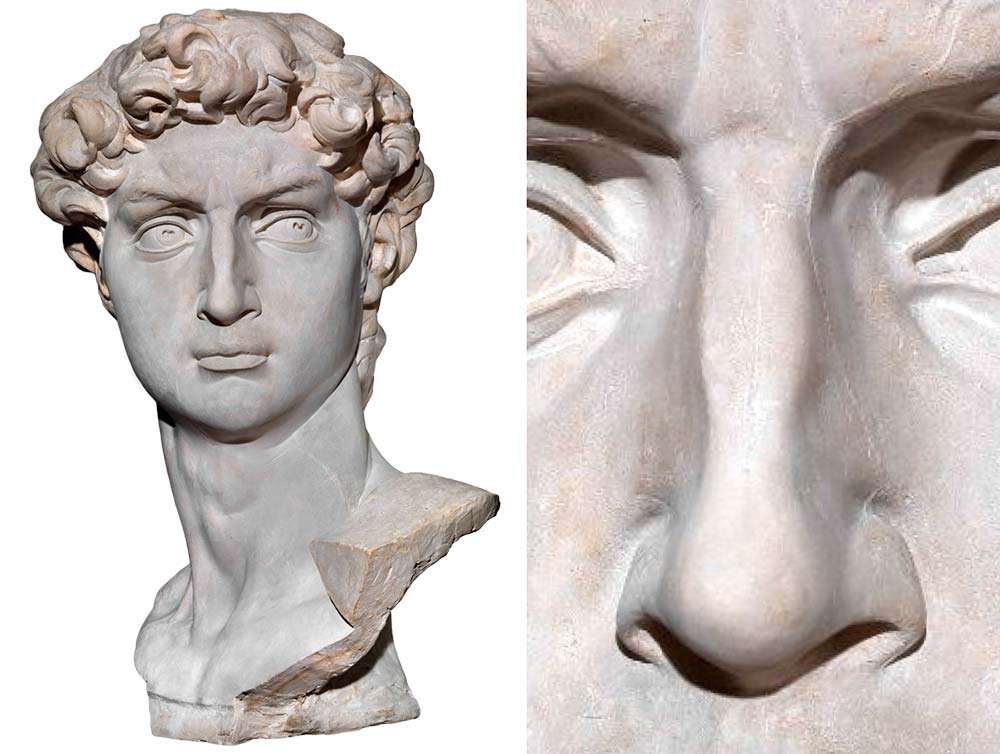 There are other suppliers, but I usually suggest that my North American students purchase their casts from The Caproni Collection. Andrea Felice, author of this guest article here, runs FeliceCalchi in Rome. I send my European students there.

Here’s a great article about an attempt to track down the source of the casts’ of David’s features from the Victoria and Albert Museum, London. And, here’s Andrea Felice’s story, relating how his company produces those features.