Article by Darren Rousar. Most recently updated in February of 2022. 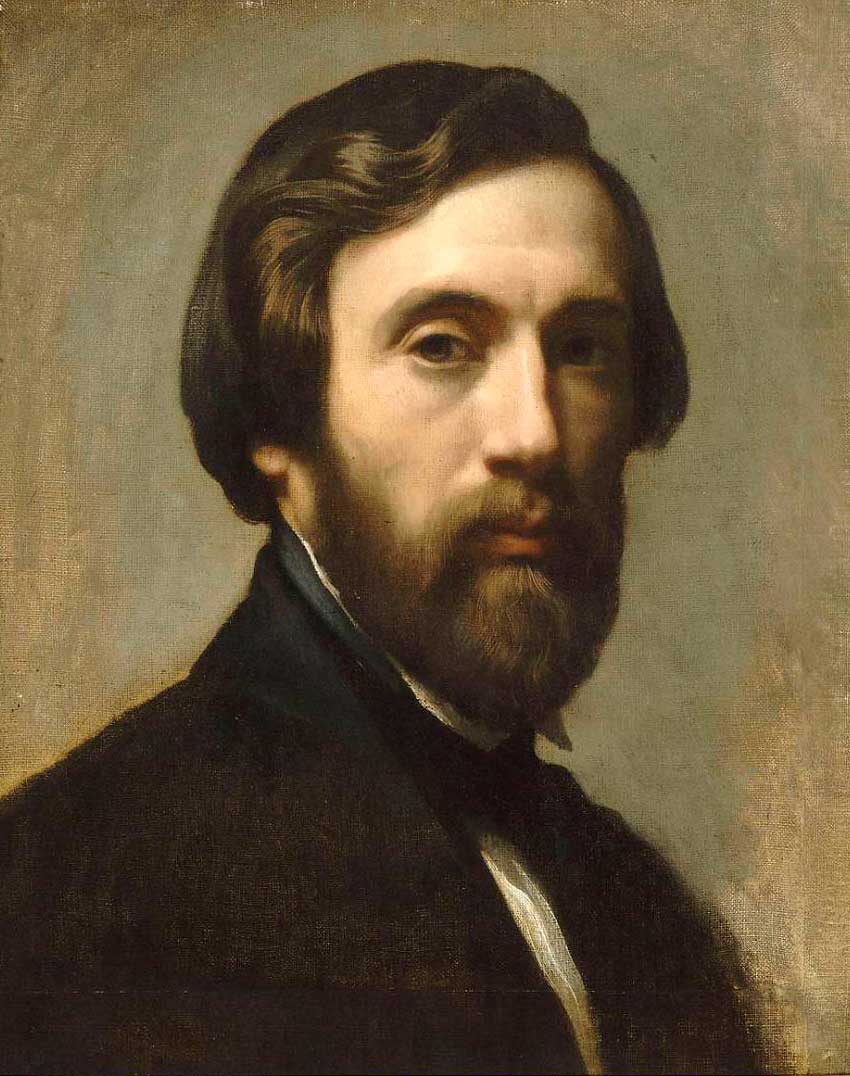 Charles Gleyre (1806-1874) was a Swiss artist who took over Paul Delaroche’s Paris atelier in 1843. He is now largely unheard of outside of France and Switzerland, perhaps because his influence on later artists was due more to his instruction and less to his production as a painter.

Gleyre briefly taught Monet, Renoir, Sisley, and Whistler. More pertinent to this article, however, is that after Paul Delaroche retired Gleyre was also the teacher of Jean-Léon Gérôme. It seems likely that many of Gleyre’s teaching methods made their way to Gammell and his students via Gérôme through Paxton.1 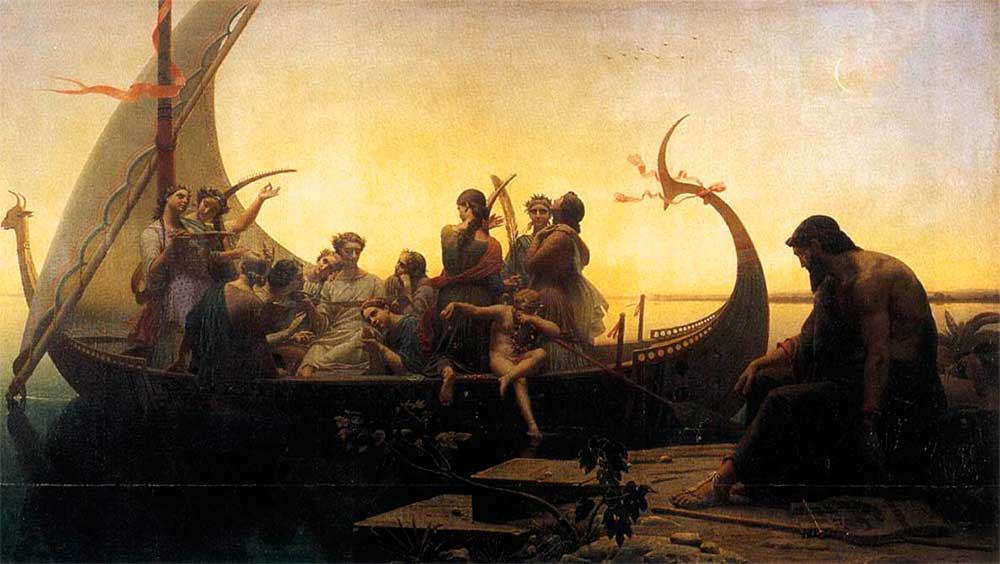 As Delaroche had done before him, “Gleyre came to the studio twice a week, usually on a Monday and Thursday, to inspect the students’ work.”3 As an aside, this routine was also Charles Cecil’s during the time I was teaching for him back in the mid-90s. He taught on Mondays and Thursdays, whereas I taught on Tuesdays and Fridays.

The entrance to Gleyre’s atelier was through a door which had a heavy cloth draped over it between the door and the room. This forced the entrants to open the door, then push through the curtain. Why? Because the curtain blocked the light from illuminating the room when the door was opened. That way the light on the model (from the high windows) did not change. On another personal note, this was the same situation for the entrance to the cast room at Charles Cecil Studios.

Part of Gleyre’s attraction as a teacher was a combination of his attention to the individual student and his preference that the student not become a carbon copy of himself. These aspects were also what differentiated Gleyre’s atelier from most of the other ateliers at the time. More common was lecturing to the group of students as a whole, which is what Delaroche had done. “Delaroche, like his contemporaries, almost never provided individual instruction. His teaching was geared to the group in general terms rather than focused on specific problems or directed towards the individual student.”4 But Gleyre taught differently because he prized the individual. “[He] made it a point to inspect each work individually, a rarity in the teaching system, giving his personal advice on each exercise.”5 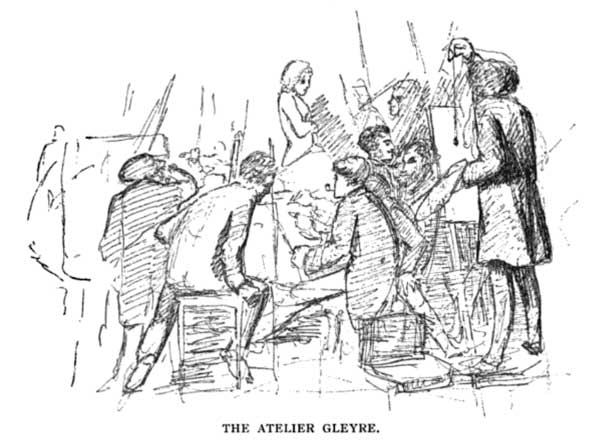 The image above is an illustration from Felix Moscheles’s 1896 book, In Bohemia with Du Maurier: the first of a series of reminiscences, part of which takes place in Gleyre’s atelier. Note the use of a plumb line in the hand of the artist standing on the right.6

Gleyre’s focus on the individual was not only evident through his method of instruction but also towards what and how his students painted. Although his own work was in many ways distinctly classical and academic, Gleyre expected his students to study nature directly and from that basis to develop their own vision for painting.

“The role of the live model became especially important in the teaching process. To be sure, Gleyre stressed the accurate depictions of the model and particularly the anatomy since this training was the basis for all further interpretation. Gleyre noted that since all students draw from the model, the very act could become banal; the student should consider anew each model, who ultimately offers different challenges and possibilities.”7

Gleyre’s Daphne and Chloe Returning from the Mountain.

When Gleyre discussed anatomy his intent was not to provide the student with a set of forms or rules to copy. Here again, that was a different approach than that which was taken by some of his contemporaries. Instead, Gleyre wanted his students to discern the anatomical differences each model presented, thereby helping the student to accurately depict the individual model who was in front of them. One of Gleyre’s students, who had previously studied at the Dusseldorf Academy, said that, “Gleyre’s attitude toward drawing from the model differed from that of his German teachers: the latter emphasized clinically memorizing the parts of anatomy that could later be reconstructed at will, while Gleyre stressed the significance of studying each model for its individuality.”8 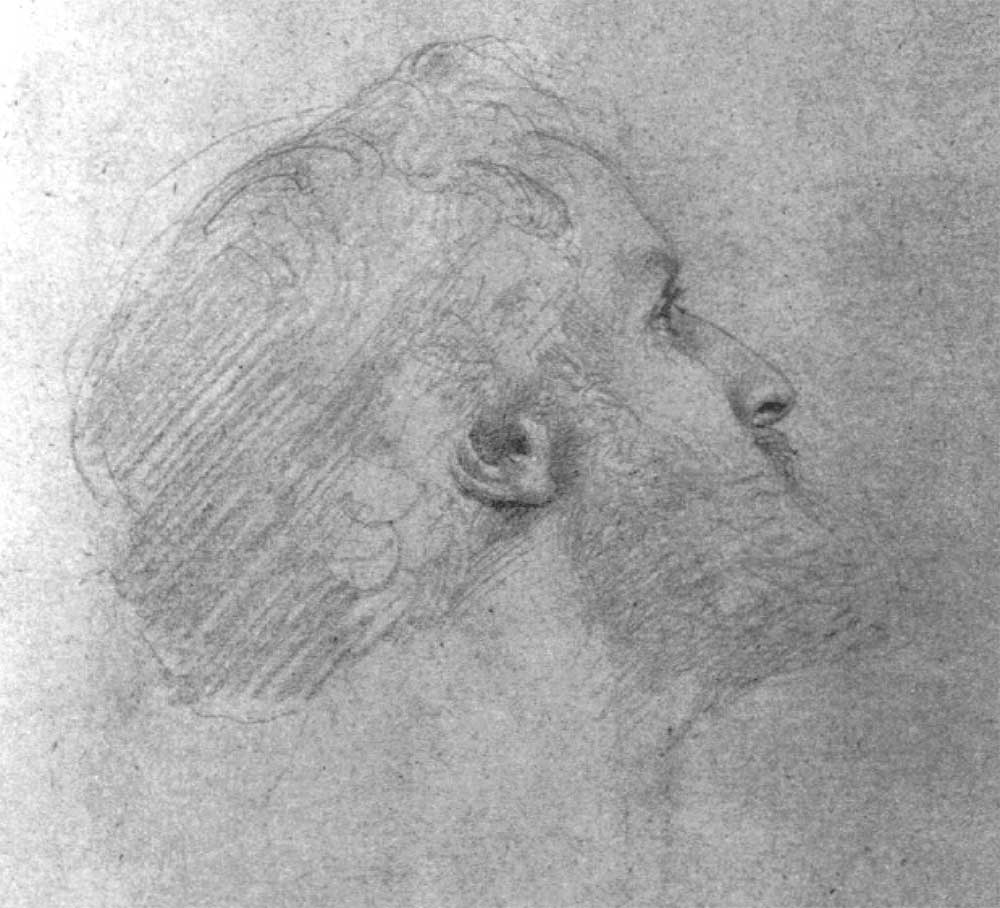 Gleyre, Drawing of a Man.

All this may seem to paint a false picture, that of a teacher who rebelled against the rest of his contemporaries. However, Gleyre was a devoted follower of Ingres and in his own work he pursued a classical style. Regarding the importance of line (something Ingres knew a lot about), Whistler said Gleyre taught him that “line is more important than color.”9 And yet, perhaps, due to the way Gleyre taught his students, he gave them permission to rebel against his own teachings.

Rebellion is not uncommon in the world of art students. Nor is repudiating your teacher’s instruction after having been through it. That is at times true even today. The aforementioned students of Gleyre’s, Monet, Renoir, Sisley, and Whistler, did not stay long with their master. Rumors are that after they left they had bad things to say. One wonders, however, if they would have been better off staying. Certainly few today (or back then) would laud their skill as draftsmen.10

Another way Gleyre’s teaching approach continued down through Gammell is in the realm of memory drawing. When I was a student at Atelier LeSueur, we used to draw the day’s model from memory in the evenings. This mimic’s Gleyre’s recommendation to his students, that they do memory drawing exercises from drawings they had already completed in the studio. Clearly this was not a practice unique to Gleyre, but it was not also the norm elsewhere.11

Gleyre had to retire from teaching in 1864, due to reoccurring bouts of trachoma (a bacterial infection of the eye). On May 5, 1874, during a visit to an art gallery he suffered a cerebral hemorrhage and died.12 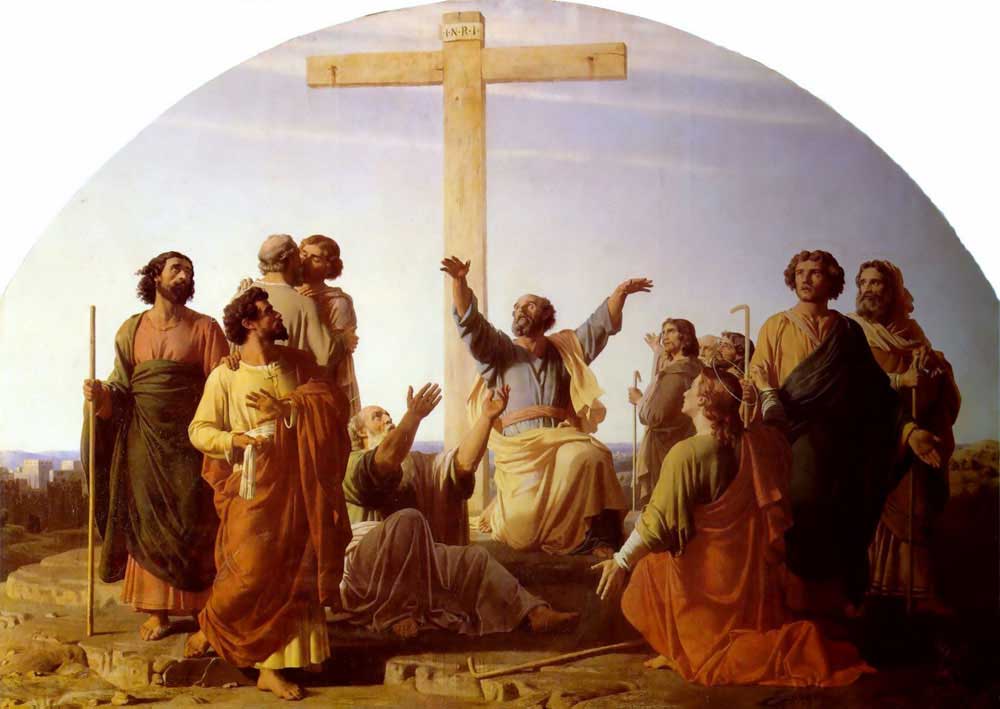 Gleyre’s Departure of the Apostles To Preach the Gospel.