Article by Darren Rousar. Most recently updated in November of 2021. 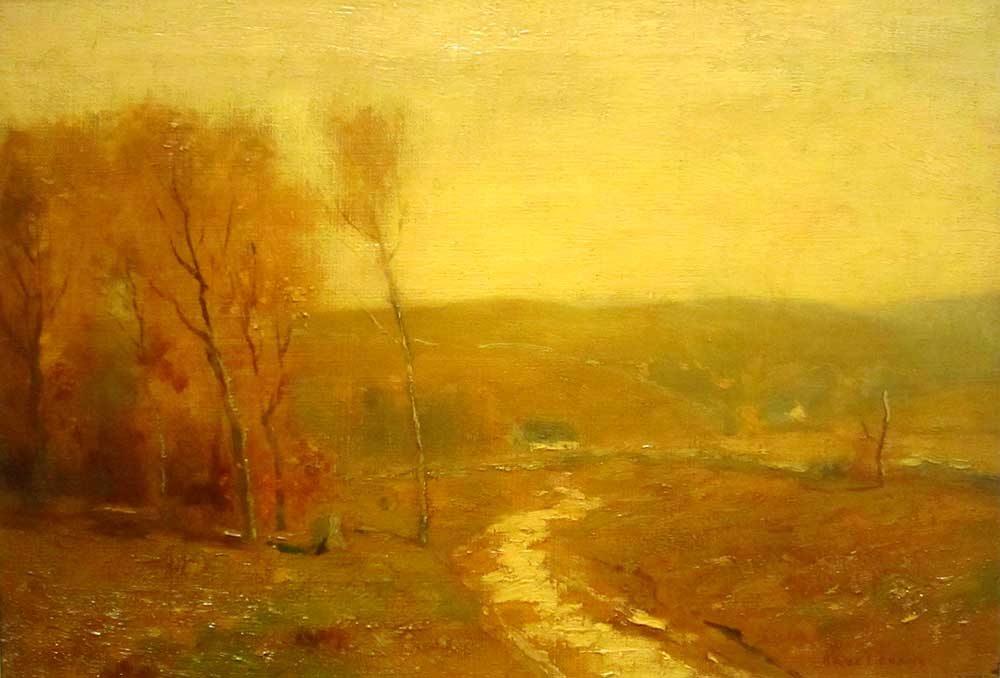 Scattered numerous times throughout a book of letters (written to Richard Whitney from R. H. Ives Gammell) is perhaps the best advice ever given to an aspiring painter: “Do your memory work for 10 to 15 minutes daily.” In fact, Mr. Gammell instructs Richard to bring some memory drawings with him to their very first meeting.

Bring some memory drawings with you and the originals from which they are made. The outside shape comes first. That is why I advise taking figures that silhouette dark on light.2

Mr. Gammell to Richard Whitney in 1965

Present-day readers might have no idea what he’s talking about, or if they do, at least find it odd. Most of my students do when I first mention the subject.

But in Gammell’s day, and the era just preceding it, daily memory work was a common practice for art students. Mr. Gammell, his teacher William McGregor Paxton, and their contemporaries understood that a trained visual memory was of paramount importance to a representational artist.

Because when working from a visual source, every line on your paper and every stroke on your canvas has to first pass through your memory. And the better trained your visual memory is, the better you’ll be at translating what you see into what you draw or paint.

In fact, every time your eye travels from your source to your artwork you must rely almost entirely on your visual memory. That’s true for everyone who draws, paints, or sculpts what they see.

A trained visual memory is even more important for those who work in Sight-Size because of the extended time between observation and execution. In a traditional Sight-Size arrangement, your vantage point is at a distance from your artwork. That distance, whether minimal or heroic, puts at least 2 seconds between your observation of the scene and your attempt at representing it. And a lot can rush through your mind in 2 seconds!

What is Memory Drawing?

So if memory drawing is so important, what exactly is it?

Memory drawing is the regular practice of training your visual memory to retain what you see. That training involves doing numerous drawing exercises during short but consistent periods. It is an habitual practice, the results of which occur gradually over time.

But don’t misunderstand. Memory drawing is not a replacement for drawing directly from life. Rather, it should be done in addition to it.

So How Should I Do It?

Heretofore you had to figure out the specifics on your own. But now there’s an online course that does the first two items for you! And it also helps guide you with the third.

The Memory Drawing Course from Atelier Rousar | online consists of 32 weekly lessons. In it you’ll begin with simple line and shape memory exercises. You’ll then progress through more complex shapes, to value spotting of full scenes, and color matching.

Click The Memory Drawing Course to find out how you can begin making the most of every glance in just 15 minutes a day!

There’s also the memory drawing site that will be of interest if your intent is to improve your visual memory.

1Bruce Crane was an American landscape painter from the late nineteenth through the early twentieth centuries. He often created his landscape paintings in the studio after sketching and memorizing the actual scenes on site.
2 Richard Whitney’s book, Advice to a Young Artist, Letters of Ives Gammell to Richard Whitney, is available here.
* Another great book about Gammell’s teaching, Inside the Studio of R. H. Ives Gammell: An artist’s daily notes, recorded during the Summer of 1976, by Allan R. Banks, is available here.