Flat As A Hat

Article by Darren Rousar. Most recently updated in June of 2021. 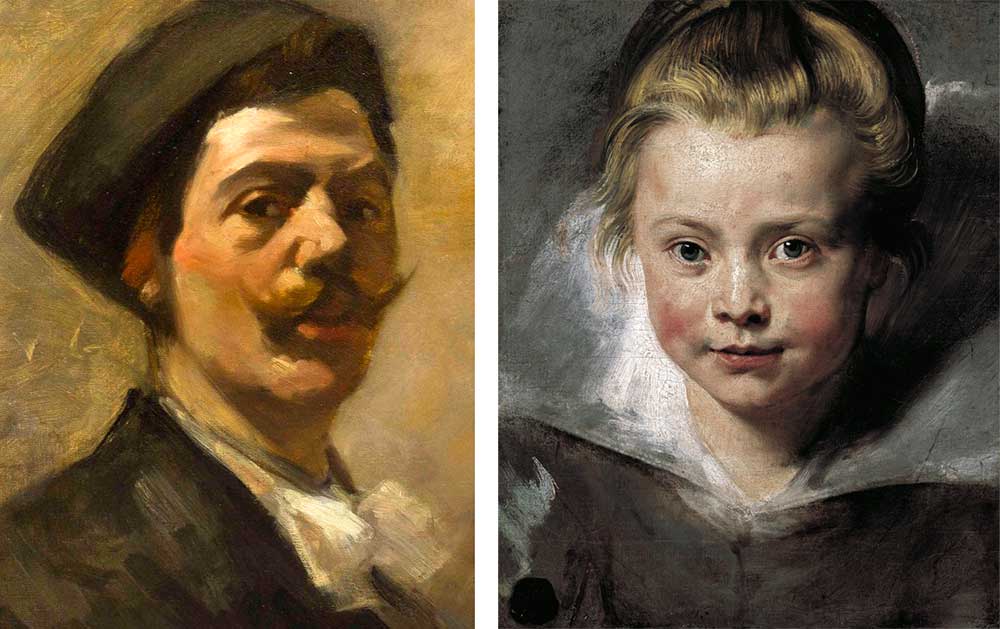 Two examples of flat shadows. On the left, a detail of Frank Duveneck’s portrait of William Merritt Chase (1877)
On the right, Peter Paul Rubens Portrait of his daughter, Clara Serena Rubens (1616).

Keep your shadows flat, flat as a hat, flatter than that, is a saying of which Mr. Gammell was quite fond. At first glance it might seem like nonsense, but that assumption would be incorrect. Flat shadows are integral to creating the illusion of depth.

The source of Mr. Gammell’s admonition, “Keep your shadows flat, flat as a hat, flatter than that,” had as its basis the men’s collapsible top hat. This type of hat was very popular in the nineteenth and early twentieth centuries. As you can see in the photo below, the hat could be collapsed for storage and then raised when worn.

But what has this do with drawing and painting? I’ll get to that in a moment.

One of the last steps in the block-in stage of a drawing is to delineate the bedbug line – the line which divides the subject between the worlds of light and shade. I phrased it this way for a reason. Light and shadow are figuratively in their own worlds. To be in shadow means that no light is present – it is visually by itself. Almost everything else is in the world of light. That includes halftones, which in some languages is translated as half-light. 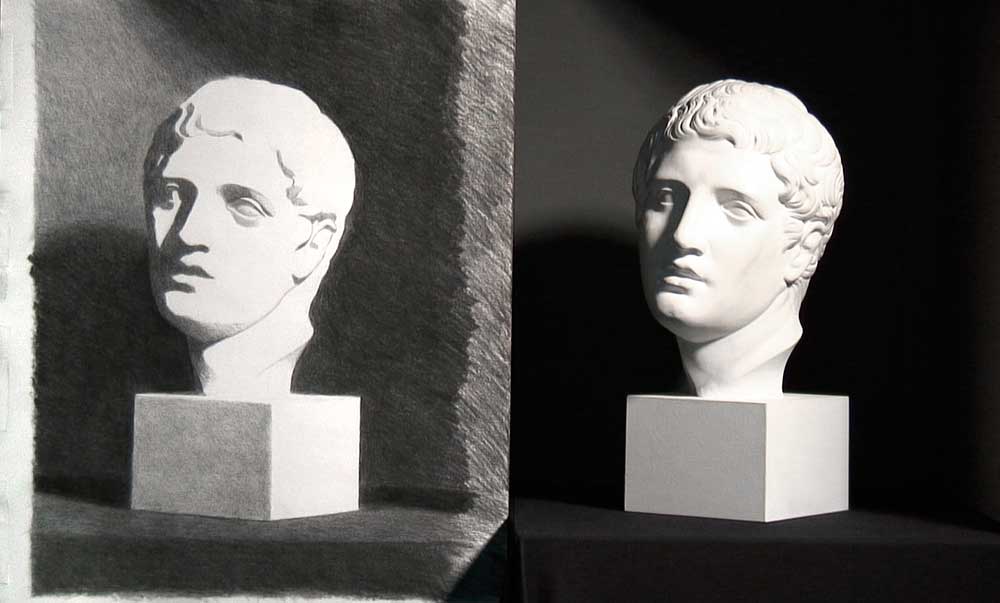 A completed block-in, with massed-in shadows.

Reflected light would seem to complicate this division a bit. And yet, when you look directly at a reflected light, you will perceive its value to be lighter that it actually is when seen relative to the rest of the scene. Rendering it at that lighter value results in one of two things: a sweaty look to the subject, or a bulls-eye effect (which draws undue attention). Neither of which is a good thing.

Finally, form is best perceived in a drawing or painting through the modeling of the bedbug line’s edge and through the modeling of the halftones, which again are in the world of light. Modeling form in the world of shadow overstates the illusion so as to render the overall effect null. In that case, whatever form you are trying to show in the lights is now equal to that in the shadows. While there may still be value contrast, there is no form contrast and as such your eye will not perceive the proper relative illusion of depth.

This brings us to keeping your shadows flat. Students are often advised to squint when perceiving value. Doing so causes, among other things, your perception of the shaded areas on the cast to appear un-modeled, or flat. And this is exactly how they are to be rendered. 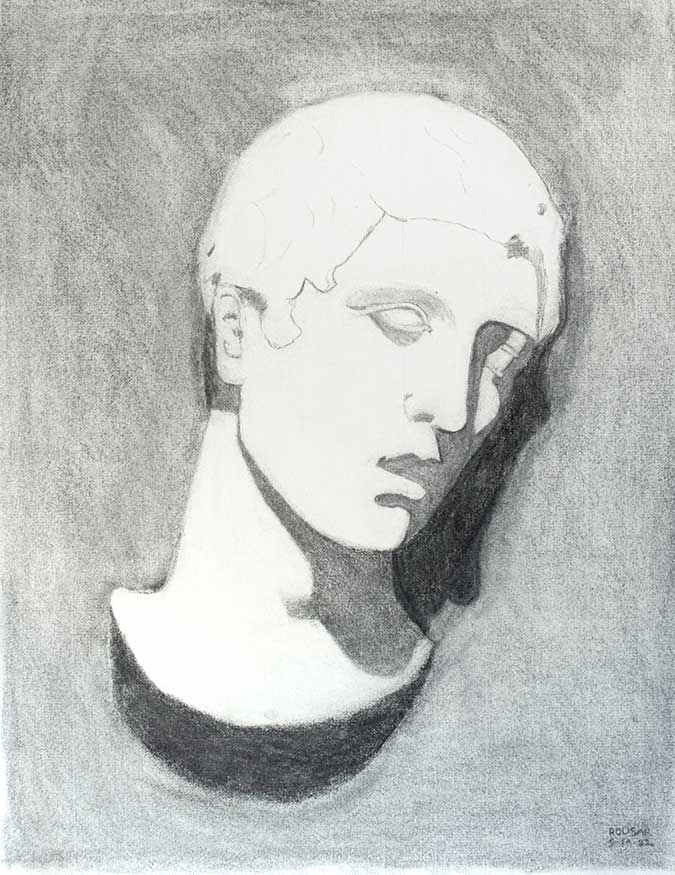 Another block-in with massed-in shadows.

Keep your shadows flat, flat as a hat, flatter than that and save the form for the lights.

This article had its genesis in my book, The Sight-Size Cast. To get your copy, or to simply learn more about the book, see here.