Learning To See And The Feedback Loop 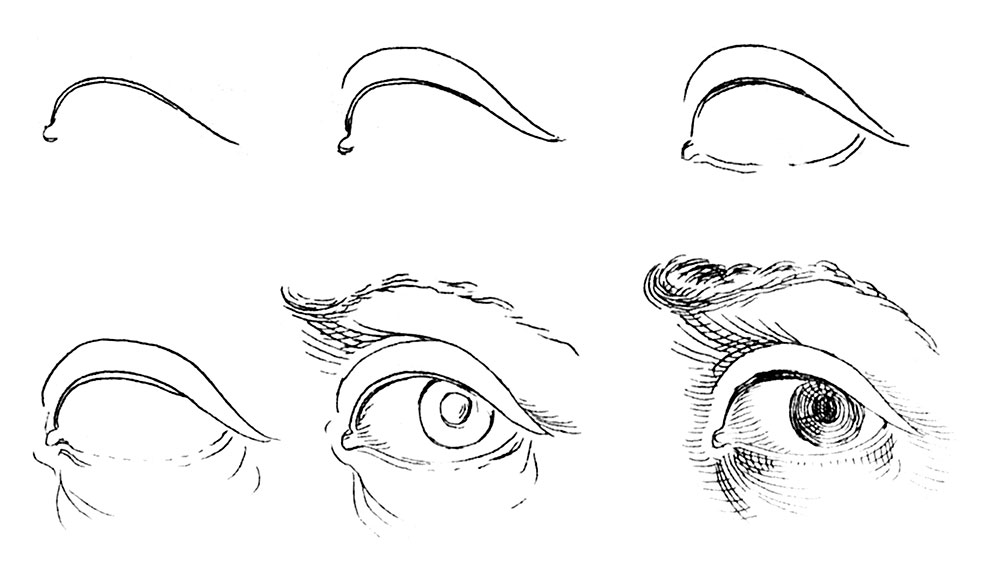 Most art students first set out to learn how to draw. It’s a good goal, and succeeding at it will lead to many good things. But that’s not the full story. You must first learn to see. And if you want to learn how to see, then you need to perfect the feedback loop.

Behind the quest of learning to draw is always one, or both, of the following two desires:

For some, those desires are intertwined. For others, one takes precedence. Given that sightsize.com’s tagline is Learning to draw is learning to see, it is no surprise that most of the site’s articles are focused on the former. This article is no exception.

What is learning to see?

Simply put, learning to see is learning how to accurately represent what you see. You will have learned how to see when your representation exactly matches that of your subject. Some may call this copying, or duplicating, or whatever. The point is that you are training your eye to truly see what is in front of it. That is not some metaphysical statement. It is meant to be taken literally.

Educate the eye before you educate the hand. The hand will become cunning soon enough when the eye has learned to see, whereas if the hand be educated before the eye one may never see.

Once your eye is trained to see, you can then deviate from those accurately perceived shapes, values, edges, and colors at will. And that, by the way, is when the art of seeing comes into play. That is when training slows, or is no longer needed. That is when you will have the ability to bring what’s inside of you out, intentionally rather than relying on accident or formula.

How do you learn to see?

The basic approach to learning anything requires aligning your attempts to a standard. Once your attempts match the standard, you would then be said to have mastered the subject. To explain that a little further, let’s look at some other fields. Note that the following analogies are not perfect, but they are close enough to make my point.

What is two plus two? If you were to answer “five,” you would not be just sort of wrong, you would be completely wrong. In this case, the number “four” is both the answer and the standard to which you are judging success.

To unpack that a little bit, think back to how you learned your sums. Initially, your parent or teacher probably took a number of identical objects and set them in front of you. By that time you already knew how to count, so addition became possible. The teacher placed two of the objects next to each other. You counted “one, two.” She then added another object to the first two – and you counted “one, two, three.” After the process reached “four,” she separated them into two pairs. At some point the light went on in your mind and you visually saw that two plus two equalled four.

The process of comparing to a standard is only slightly different when it comes to learning to sing or play an instrument. When asked to sing Middle C, your attempt will be judged by ear, rather than by eye, likely based upon how close you get to the sound made by Middle C on a piano. Pressing that key produces a sound which all agree is Middle C, ergo the standard. Visually, you might be taught to read sheet music. In that case, at some point you will have been shown where Middle C was on the musical staff. That standard is the placement of the note’s symbol centered on a particular line of the staff.1

Let’s do one more. When you were taught to write your letters you were likely shown a sheet on which were drawn numerous sets of parallel lines. A letter was already drawn between the lines. The shape and placement of that letter was the standard. Your initial task was to copy that shape, over and over again until you could do it exactly. Furthermore, those parallel lines were key to your success – but more about that later on.

If not, then one of the following three things is happening:

Reason’s one and two are what I as a teacher and author am primarily concerned with.

Using nature as your standard means that you will be comparing your artwork to it using all aspects of your visual system. They are, in order of importance: shape, placement, value, edge, and color. 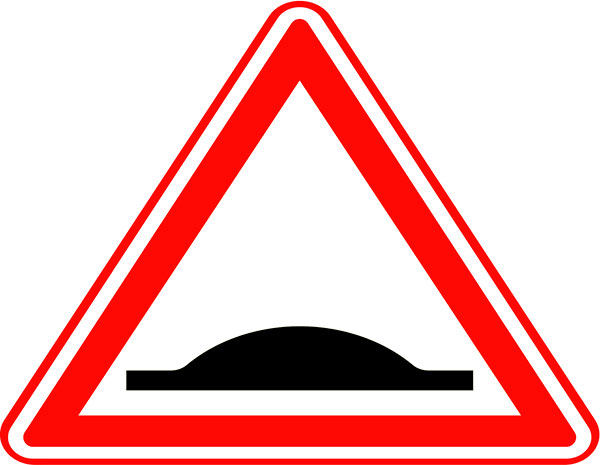 Houston, we have a problem.

Learning to see indirectly, adds a speed bump to the process. That bump is one of scale. When nature is visually larger or smaller than your drawing, in order to match the standard you need to mentally or mechanically enlarge or reduce nature to fit the size of your drawing.

Consider for a moment the immense and useless work thrown on the eye and the mind when, as in the scale of most art-school drawings, at each turn of the head, a proportion sum has to be improvised, and to what purpose?

Hyperbole aside, scaling is an important skill to learn. It’s simply best to learn it after you have first learned to see one-to-one.

Houston, we have another problem.

Stated elsewhere on the site is that learning to see is teaching your eye to objectively observe rather than to just subjectively receive. Unfortunately, our visual system is such that it is easily fooled. In fact, none of our senses have a perfect perception of reality. Relative to seeing accurately in order to draw accurately, fooled eyesight is visually fatal.

To mitigate that problem a more universal standard is needed. That standard, at least for shape and placement, is the plumb line. Just like the parallel lines used when learning to write, a plumb line, due to gravity, gives us a standard which is precise and permanent. As long as you have something approximating 20/20 vision you can compare its vertical to nature and to your artwork. I write more about the use of the plumb line in the article The Only Cure for Measuring.

Formulas for drawing can also limit your options. You might learn the general formula for a human head, and do it well. But if you do not learn how to see, the head formula cannot help you when drawing a tree. You’d then need a tree formula, and so on. 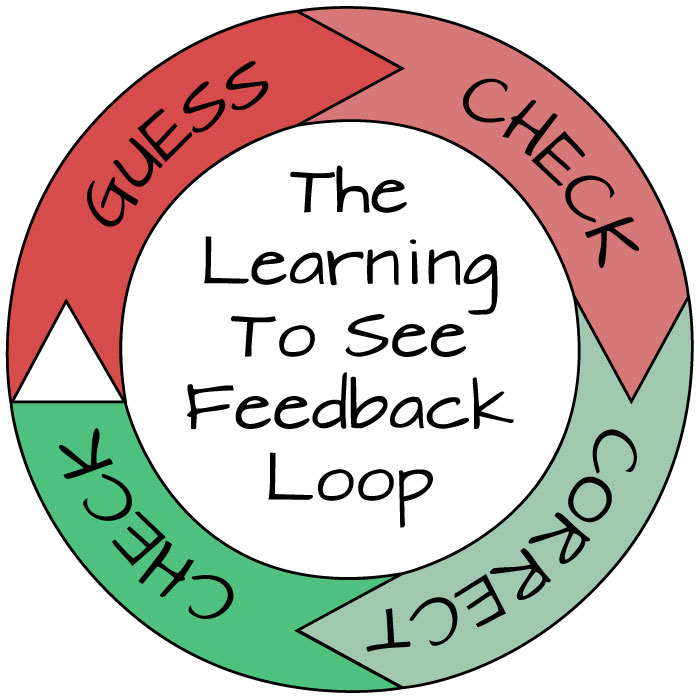 Besides alignment to a standard, most learning processes rely on something called a feedback loop. Describing these can get quite complicated, although in actual practice many quickly become second nature to us. In simple form, the loop goes like this:

When it comes to learning to see the process is the same, even if the terminology differs. Again, described in a simple form, the feedback loop for learning to see goes something like this:

Let’s flesh those out a little bit.

Guessing first is the key to learning to see. Checking first, which is measuring by instrument, always hinders your progress. In fact, measuring first is almost the exact equivalent of tracing, with a little bit of visual memory thrown in. Let me be clear — ALWAYS GUESS FIRST.

In addition to making a guess at the specific aspect in question, oftentimes overlooked is seeing its context or big look. This is where placement comes in. But context is equally as important to the other four characteristics of what we are seeing.

Checking can be done in many ways. The primary way is to simply look back and forth between your subject and your artwork. A very close second (though an absolute first for beginners) is using your plumb line. A master list of additional options is in the article A Fresh Guy with a Fresh Eye.

Since you have previously made a guess, that error will be useful when trying to correct. When you checked your guess, your eye noted how far off of correct the guess was. Therefore, do not immediately erase your errant guess until you have made the correct mark.

Be mindful of the fact the each time you correct an error your mind comes ever closer to believing that the correction is accurate. To quote a former President of the United States, “Trust, but verify.”

Once you are certain that the shape, placement, value, edge, or color is truly seen, you would then move onto the next and the process begins again.

Learning to see is not that difficult. It just takes time, persistence, and process. Follow the process I outlined in this article and you will learn to accurately see. Once you can do that, nothing that you see will be more difficult to draw or paint than anything else. For every visible thing is simply composed of shapes, placements, values, edges, and colors.

1As an aside, the real standard is literally a frequency of 261.625565 hertz. Then again, no one is taught to sing or play an instrument by learning the science behind the sounds.
2Binary code is the basis of computer language. It is composed of groups of zeros and ones. For example, the lower case letter “a” in binary is 01100001.
3Walter Sickert, Drawing From the Cast, from The New Age, 23 April, 1914. He preceded the quoted statement with this: “One point it is very important to insist upon. Drawing on the scale of vision is only necessary in work done direct from nature.”

This article briefly covers some of the concepts that are more fully explained in my book, The Sight-Size Cast.