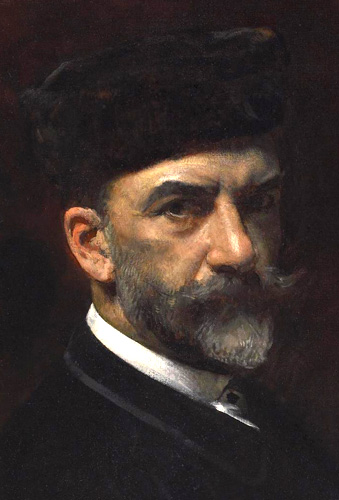 During my time studying under and teaching for Charles Cecil three names popped up every so often.* Léon Bonnat (1833-1922) was one of them. This is curious as our artistic lineage through Gammell and Paxton goes back to Gerome but not Bonnat. We do know that Sargent studied with Bonnat for a time, as did Eakins, and he also taught many others besides those two Americans. As it is, precious little has been written about him, at least in English, so it is difficult to deduce what is studio legend from what is truth as well as where his instruction differed from his personal painting practices. In fact, currently one of the best books on Bonnat is really about Thomas Eakins.1

Early on Bonnat studied in Madrid and he maintained a lifelong admiration for the Spanish artists Ribera and Velazquez. This admiration seems to have driven his approach to painting and teaching. In a preface for a biography on Velazquez he claimed that what Velazquez “sought before everything was character and truth. He is a realist in the best and greatest application of the word. He paints Nature as he sees her, and as she is. The air which he breathes is ours, and we walk beneath his sky. In the presence of his portraits we feel as we do in the presence of living people.”2

At present, one of the few sources in English specifically about Bonnat is, The Scandinavian Pupils of the Atelier Bonnat: 1867-1894.3 Regarding Bonnat’s own practice, the author quotes Peder-Severin Krøyer, a Danish student of Bonnat’s, “Bonnat habitually placed the canvas close to the sitter, went to the other end of the studio, painted a few strokes, and repeated the process.”4

Krøyer’s description matches Thomas Eakins’ version. Outlining Bonnat’s portrait procedure as a reminder to himself, Eakins wrote in one of his notebooks, “When I work at life-size I will always put my canvas as close to the model as possible. Because nature will be more correct than your picture . . . This is the reason why life-size things [in paintings] are usually weak [because the artist cannot see the object and painting at one glance, in the same size]. People like ease when working. One puts his canvas near oneself and loses the grandeur of the sketch, of the anatomy, the grand construction and the whole quality of the surface.”5 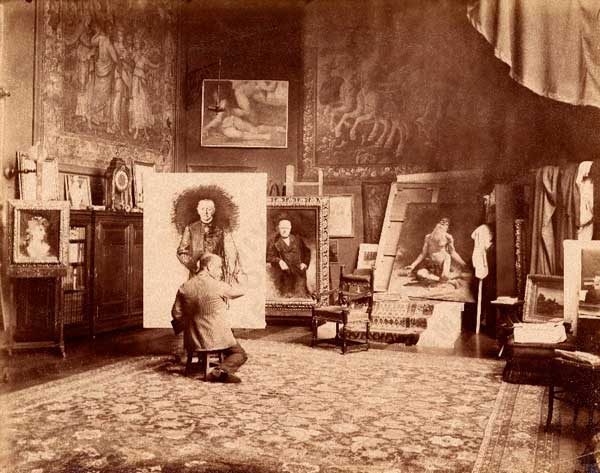 E.H. Blashfield, one of America’s great muralists who was also a Bonnat student, writes much the same thing as Krøyer and Eakins. Describing Bonnat’s painting approach he wrote that, “instead of sitting or standing before his canvas with his model at a distance, he placed the latter close beside the canvas, and then went away from his subject to the very end of his studio. There dropping upon one knee to bring the point of sight to the proper level, and half closing his eyes, he carefully compared the model and picture, then going quickly to his easel painted a few strokes and repeated his journey.”6 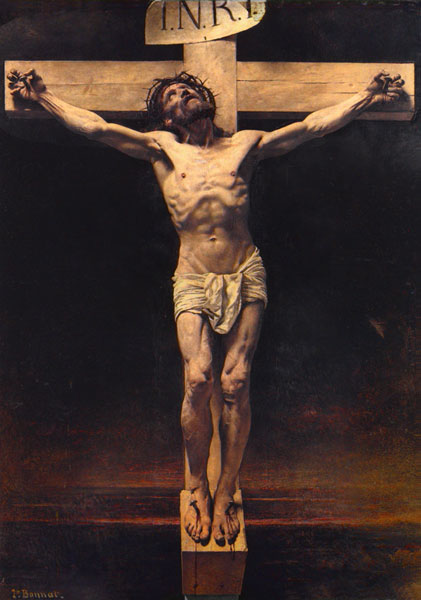 Bonnat’s quest for truth to Nature was legendary. For his Le Christ (The Christ) Bonnat went so far as to have a cadaver nailed to a cross so that he could work on the painting from life. Regarding Bonnat’s pursuit of accuracy, one of his Swedish students, Gustof Cederström, says that Bonnat was a “scientific observer of the real world, who measured the heads and distances between the facial features of his sitters as if he were a scientific researcher.”7 And this accuracy and realism was not an easy nor quick thing to accomplish, “Bonnat went to great effort to capture the realism of his model, sometimes requiring his subjects to sit fifty or more times before completing portraits.”8

Part of Bonnat’s intent as an instructor seems to have been correcting what he thought were problems in traditional French art instruction, as epitomized by David. One of the tenets of this type of instruction was copying Greek and Roman antiques. The antique and idealism were fine but as we have seen Nature was where Bonnat was at. “It is only by studying and understanding Nature – the living model – that the Greeks arrived at perfection. If they had confined themselves to copying and imitating their predecessors, they would have produced Egyptian or Indian art; and, as everyone who imitates is always inferior to his model, they would have produced bad Egyptian or Indian art.”9 He advised his students to, “make it just as much like nature as possible in the first painting, and in your second painting make it still more like.”10 Bonnat also promoted anatomy study and construction but at the same time he seemed concerned that too much construction pulled the student away from Nature. Critiquing one student’s work he said, “one would think you learned more about how a figure is than what it looks like.”11

It is only by studying and understanding Nature – the living model – that the Greeks arrived at perfection. 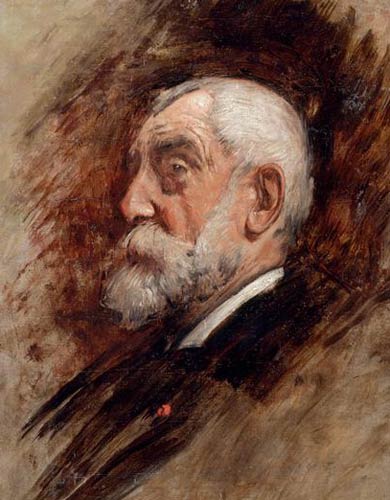 Students chose Bonnat’s atelier over others for a few reasons and a focus on painting was one of them. Though Bonnat always maintained that drawing was important, a student went to his atelier not to learn how to draw but how to paint. And Bonnat’s atelier differed from most of its contemporaries in another way, paint mixing. Rather than prepare a set palette beforehand, Bonnat taught his students to mix their colors directly, in front of the model.12

“He never taught how one should see, only to see.”**13 The whole, or ensemble, was far more important than the details and one method Bonnat taught his students to use in order to see this was squinting. Squinting has the effect of simplifying things. Values unify, reflected lights disappear and the big look takes over. There is a story about a dinner party conversation between Bonnat and a friend who was quite near-sighted. Bonnat asks his friend to describe how a guest at the far end of the table appears to him. His friend replies, “Well, I see a white spot, which I know is his shirt-front, and a flesh-colored spot, which I know is his face.” And Bonnat’s response, “Ah, how I wish my pupils could see things in that way!”14 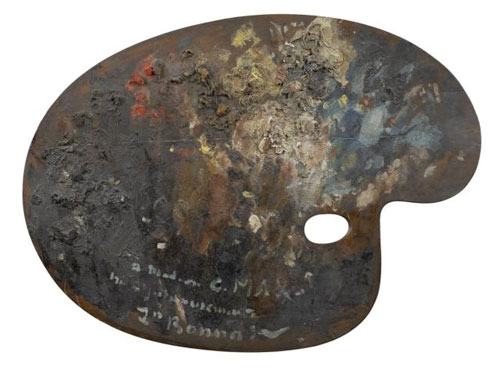 “The essential words to describe Bonnat’s paintings, as well as his teaching style –as one of his students reported– were ‘truth and logic.'”15

*The other two artists were Charles Gleyre and Carolus-Duran.
**Blashfield is not saying that Bonnat literally never taught how one should see. In context, he is saying that Bonnat did not teach a version of seeing which focused on construction, proportion, etc. In other words, formulae.