Mr. Sargent and the Flower Children

Article by Darren Rousar. Most recently updated in March of 2021. 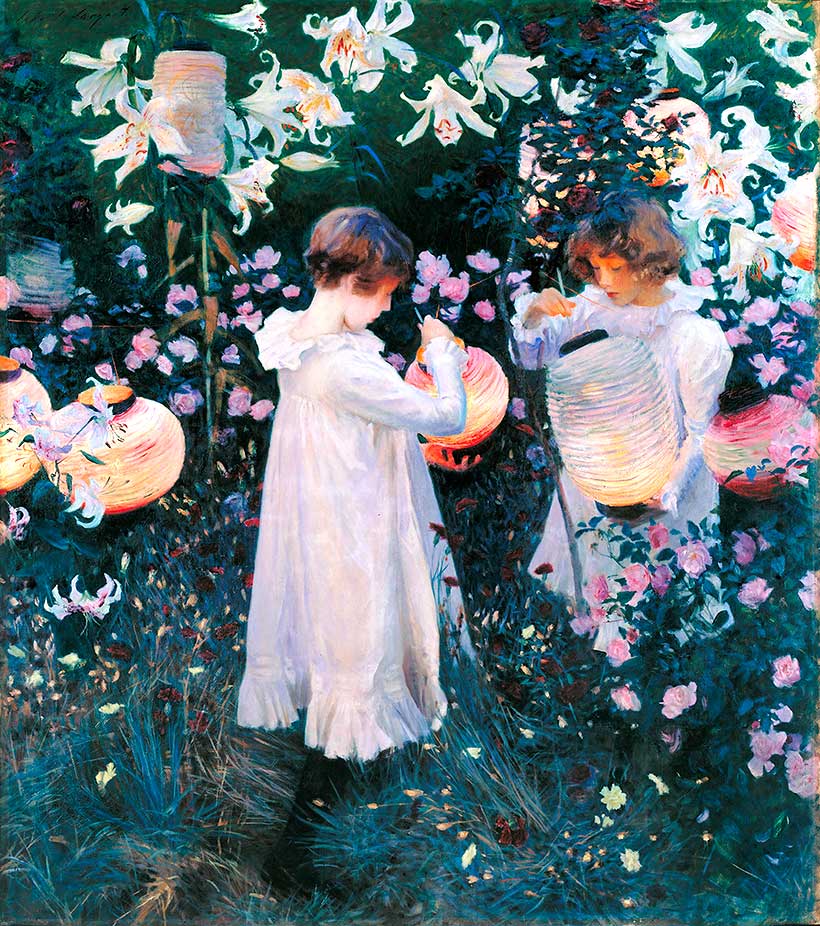 In the late Summer of 1885 John Singer Sargent travelled to Broadway, a village in the Cotswolds of south-central England. He was not alone and at his destination was a gathering of artists and writers, later known as the Broadway Group of Artists. Among the many other notable attendees was the Boston artist, Frank Millet*, a future hero who would give his lifejacket to a fellow passenger as the Titanic went down. Edwin Austin Abbey, one of Sargent’s artist-friends was there, as well as another friend, the author, Henry James. Some brought their families and Abbey brought three models along.

Just prior to the trip, Sargent and Abbey were on Thames, between Oxford and Windsor, when Sargent dove into the water for a swim. On the way down, his head struck a spike which left a bad gash in his head. To add insult to injury, after getting the wound dressed, he walked into something and reopened the wound. The pre-trip riverboat jaunt was not a total loss however. On the way Sargent witnessed, in his words, “Two little girls in a garden at twilight, lighting paper lanterns among the flowers from rose-tree to rose-tree.“1 This scene became the inspiration for Carnation, Lily, Lily Rose, a painting which would absorb him for two Fall seasons at Broadway.

For Sargent, the time at Broadway was a flurry of painting activity. Also present was the author Edmund Gosse, whose portrait Sargent painted in the following year. Gosse wrote a lot about of Sargent’s Broadway activity. 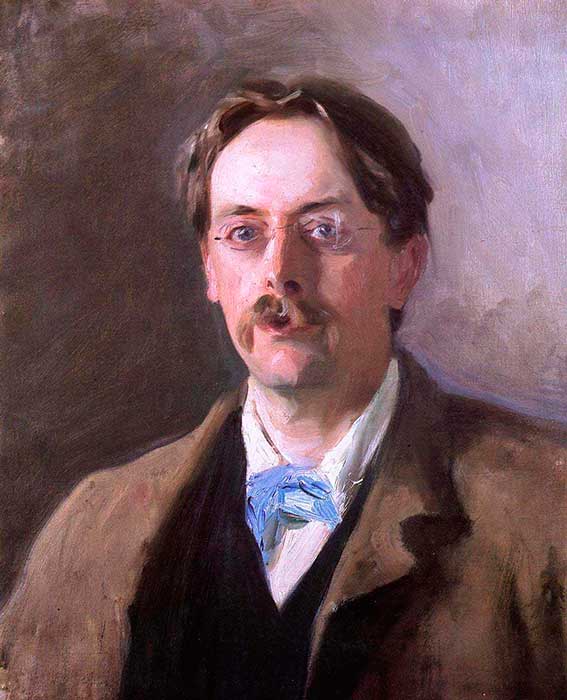 [Sargent] “started a new canvas every morning, painting for a couple of hours at a time with the utmost concentration. There was no nonsense about preferring one view to another, hunting out a “good” place, no debate whatsoever.2 He took his easel outside, walked about a bit, stopped, then started to paint, nowhere in particular, behind a barn, opposite a wall, in the middle of a field . . . His daily plan was to complete a sketch which would dry so rapidly that the next morning he might paint another study over it. He explained that his object was to acquire the habit of reproducing precisely whatever met his vision without the slightest previous ‘arrangement’ of detail, the painter’s business being, not to pick and choose, but to render the effect before him.“3

To Gosse and some of the other painters, Sargent’s aspiration was a bit heretical. And yet it was as Carolus-Duran had taught him. In Sargent’s own words:

Modern painters made a mistake of showing that they know too much about the substances they paint . . . the artist ought to know nothing whatever about the nature of the object before him . . . but should concentrate all his powers on a representation of its appearance. The picture was to be a consistent vision, a reproduction of the area filled by the eye.4

This theory of painting did not preclude preparation. In fact, Carnation, Lily, Lily, Rose, though painted in the way he described, was precomposed and ardently fought for. Witness some of his many studies for the painting, below. 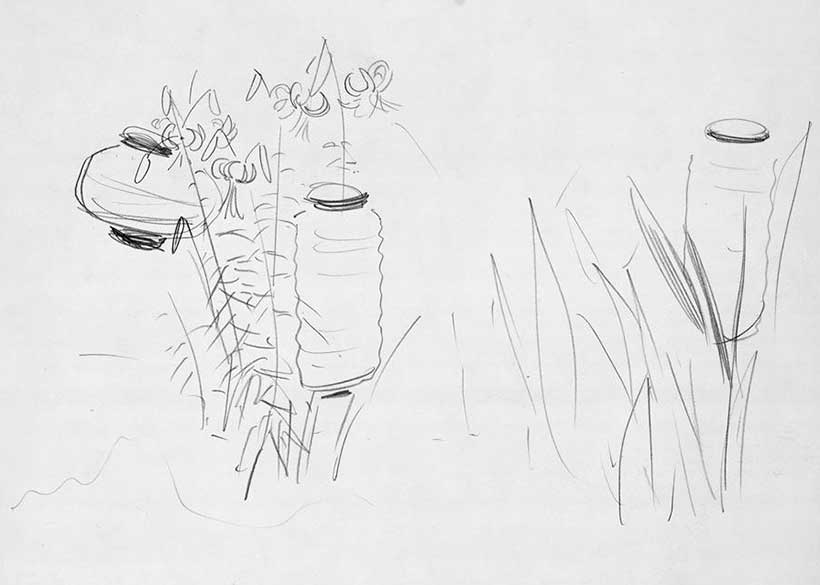 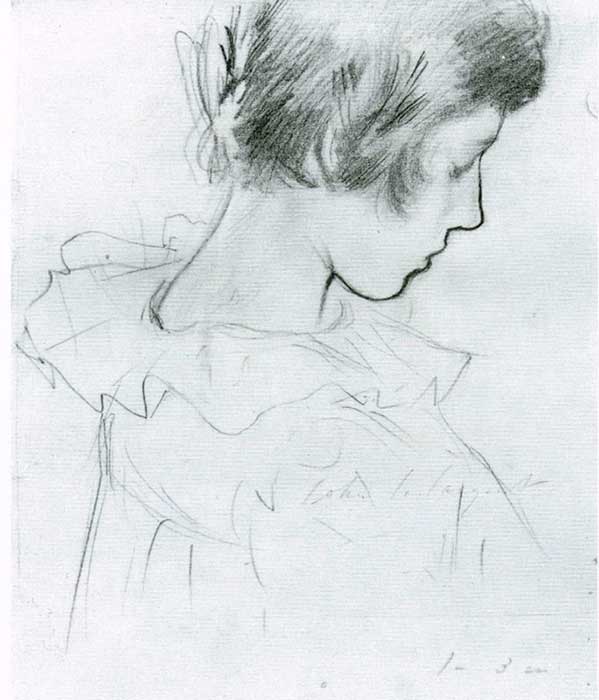 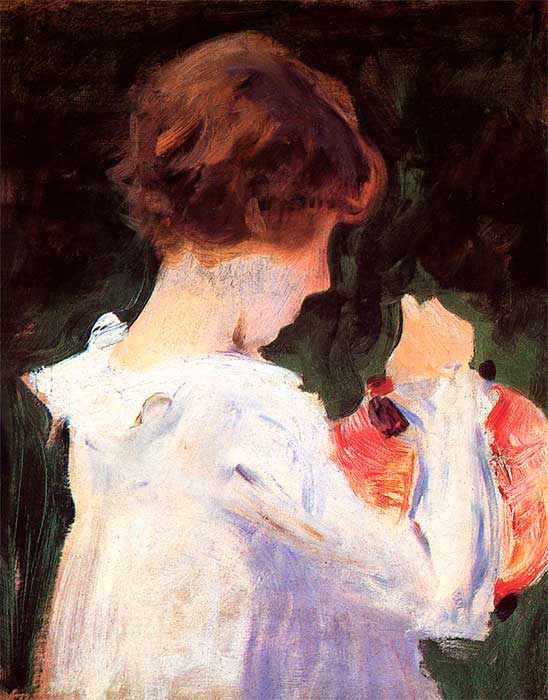 For models, Sargent initially used the Millet’s five year old daughter, Kate. Her hair was too dark so they put a wig on her and then struggled to pose her as if she were lighting a Chinese lantern. This was all too much for young Kate so in her place stood Mrs. Barnard’s two girls, seven year old Polly and eleven year old Dorothy.

According to his friend and first biographer, Evan Charteris, “Never for any picture did he do so many studies and sketches. He would hang about like a snapshot photographer to catch the children in attitudes helpful to his main purpose. ‘Stop as you are,’ he would suddenly cry as the children were at play, “don’t move! I must make a sketch of you,” and there and then he would fly off, leaving the children immobile as Lot’s wife, to return in a moment with easel, canvas and a paint-box.“5 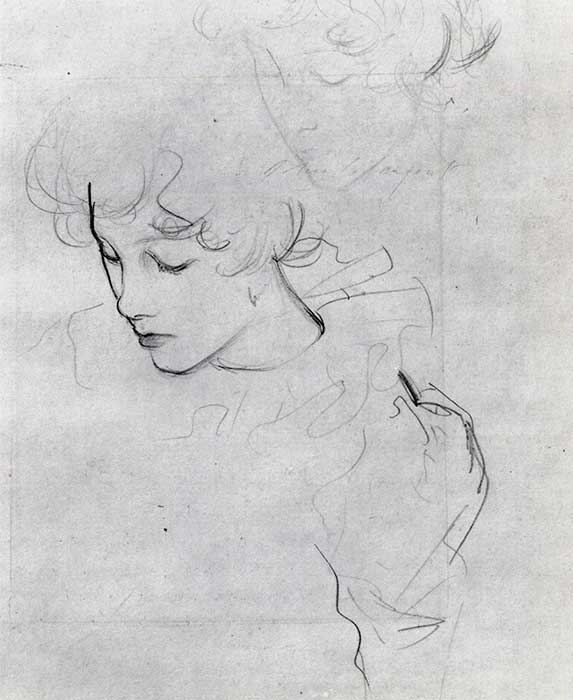 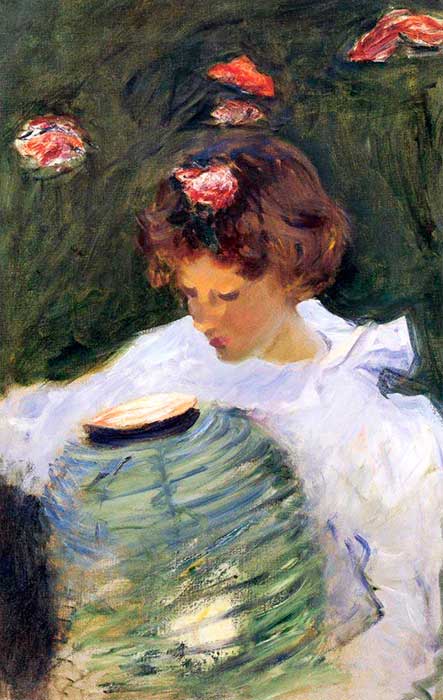 Of utmost importance was the quality of the light. As such, Sargent could only work on the painting at a certain time in the evening and only while the light held. This meant that the painting took a long time to complete, two Fall seasons in fact.

“The progress of the picture (Sir Edmund Gosse writes), when once it began to advance, was a matter of excited interest to the whole of our little artist-colony. Everything used to be placed in readiness, the easel, the canvas, the flowers, the demure little girls in their white dresses, before we began our daily afternoon lawn tennis, in which Sargent took his share.”

“But at the exact moment, which of course came a minute or two earlier each evening, the game was stopped, and the painter was accompanied to the scene of his labours. Instantly, he took up his place at a distance from the canvas, and at a certain notation of the light ran forward over the lawn with the action of a wag-tail, planting at the same time rapid dabs of paint on the picture, and then retiring again, only with equal suddenness to repeat the wag-tail action. All this occupied but two or three minutes, the light rapidly declining, and then while he left the young ladies to remove his machinery, Sargent would join us again, so long as the twilight permitted, in a last turn at lawn tennis.“6 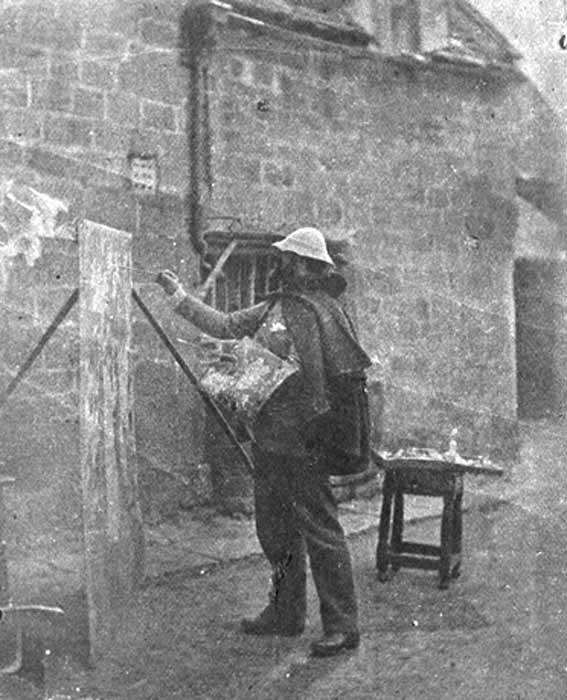 Instantly, he took up his place at a distance from the canvas, and at a certain notation of the light ran forward over the lawn with the action of a wag-tail, planting at the same time rapid dabs of paint on the picture, and then retiring again, only with equal suddenness to repeat the wag-tail action.7

In the quote above, note how Sargent’s vantage point is described.* Also, see my other article about Sargent and Sight-Size. 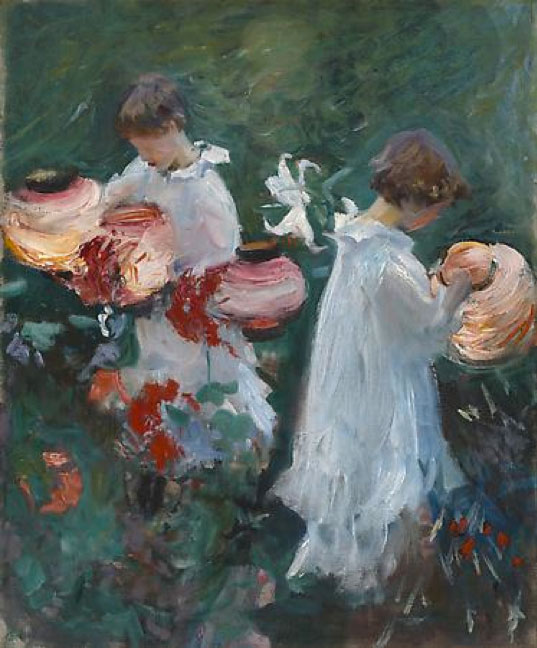 “For Sargent it seemed the fun was in the process. Edwin Howland Blashfield recalled that when he saw the canvas each morning, the previous evening’s work seemed to have been scraped off, and that this happened repeatedly at each stage. Sargent cut two feet off the left side of the canvas, leaving it approximately square, in order to concentrate the composition.“8

“The seasons went from August till the beginning of November. Sargent would dress the children in white sweaters which came down to their ankles, over which he pulled the dresses that appeared in the picture. He himself would be muffled up like an Arctic explorer. At the same time the roses gradually faded and died, and Marshall and Snelgrive had to be requisitioned for artificial substitutes, which were fixed to the withered bushes . . . In November, 1885, the unfinished picture was stored in the Millets’ barn. When in 1886 the Barnard children returned to Broadway the sittings were resumed.“9

A note about the colors in the reproduction of this painting. Google image-search for it and the first ten hits look like the image below. This is more evidence that photography, and its various printing options, is wholly unlike the way our eye sees nature (and a painting).

*Frank Millet also owned Abbots Grange, the home and studio where Sargent and company spent the Summer at Broadway. You can even stay there yourself.

*Was Carnation, Lily, Lily, Rose done in Sight-Size? It is possible, but until better evidence comes to light it remains unproven. Nonetheless, the story of its creation by a known Sight-Size artist is fascinating.