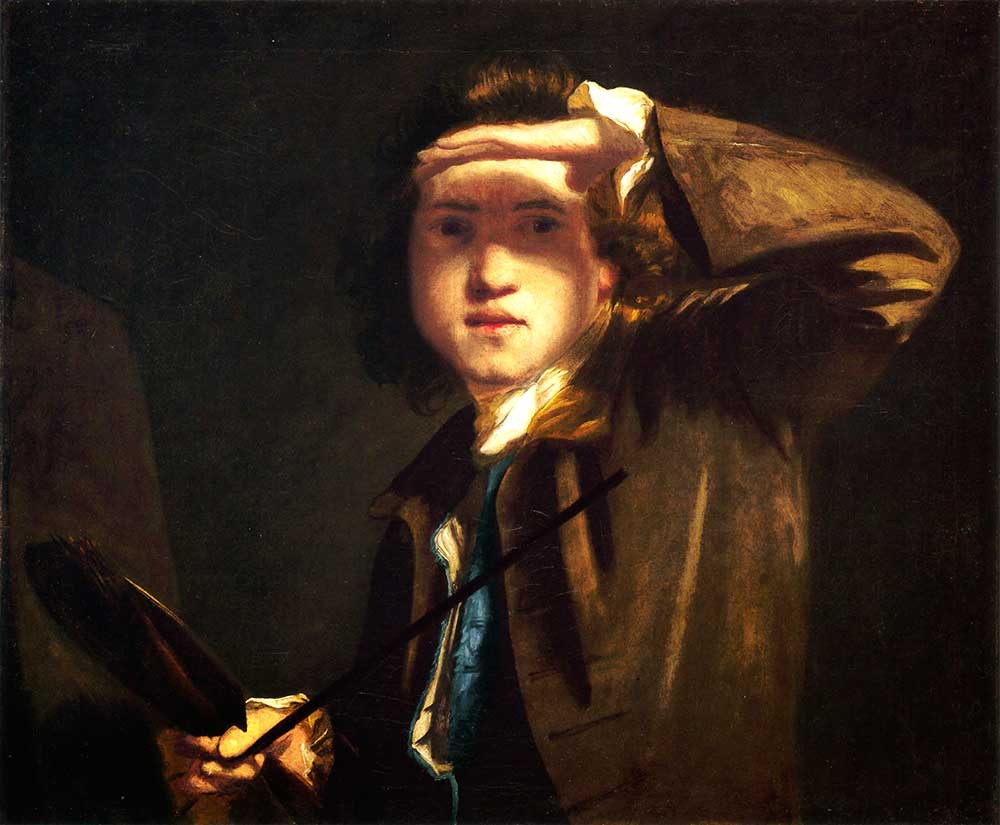 Sir Joshua Reynolds appears in every account of the history of Sight-Size. Why? Because numerous sitters wrote of their experiences sitting to him. He stood while painting. He placed his canvas side-by-side with his sitter. He continually viewed the arrangement from a distant vantage point. All told, Sir Joshua Reynolds practiced textbook Sight-Size.

The works of Reynolds, and what is known as the British School of Portraiture, are almost synonymous. They stem from Anthony van Dyck, who spent part of his life in London during the time of Charles I. In fact, it is van Dyck’s influence which is often credited as the driving force behind Reynolds and the British School.

During his career, Reynolds was the master to whom many of his contemporaries looked and often attempted to best. Among them, Thomas Gainsborough and Sir Henry Raeburn. In addition to his portraiture, Reynolds was equally respected as the first president of the Royal Academy of London. His many lectures to the Academy, known as The Discourses, live on today as much as do his paintings. 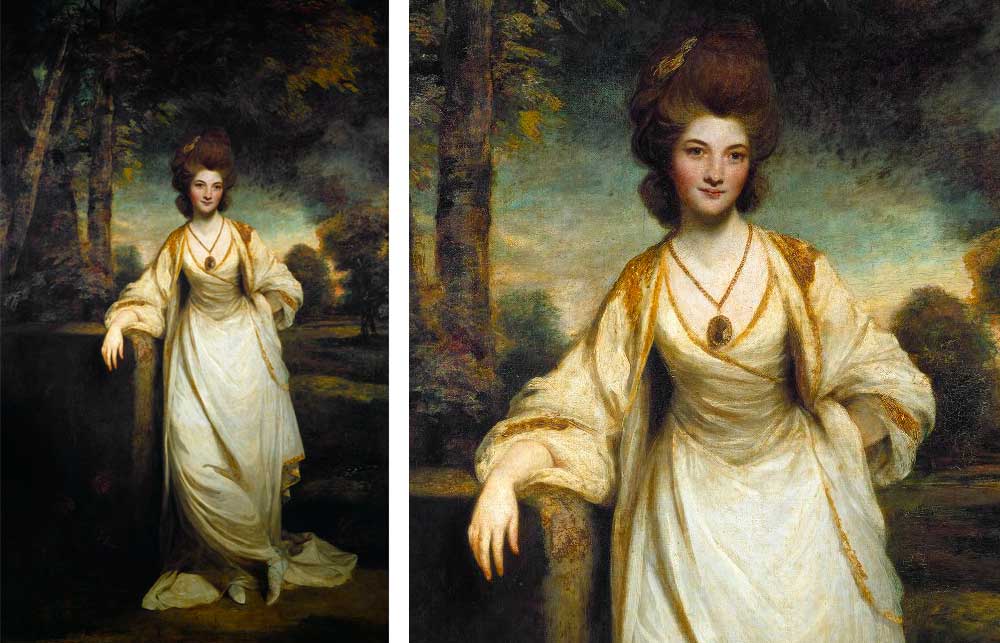 Shown above is Reynolds’ portrait, and a detail, of Lady Burlington. She sat to him in 1780, when she was known as Lady Elizabeth Compton. Later in life, she sat to Reynolds’ successor at the Royal Academy, Sir Francis Grant.

Grant recounts the event. “The portrait of Lady Burlington was my first picture in London. I had one of the windows covered, and Lady Burlington sat at some little distance as I worked away at her likeness. “‘Why do you keep your picture at a distance from me?’ said the old lady. ‘Sir Joshua’s canvas was close to me; he took quite a quantity of exercise when he painted, for he continually walked backwards and forwards. His plan was to walk away several feet, then take a long look at me and the picture as we stood side by side, then rush up to the portrait and dash at it in a kind of fury. I sometimes thought he would make a mistake and paint on me instead of the picture. He was very deaf. No, I did not care much for him; he was a very pompous little man.'”1

Numerous sitters to Reynolds recorded similar aspects of their own sessions with him. These things should be very familiar to those who have read the article on John Singer Sargent.

Paint at the greatest distance possible from your sitter, and place the picture near to the sitter, or sometimes under him, so as to see both together.2

Although some of Reynolds fellow painters did stand while painting, most did not.

“For a very long period Sir Joshua Reynolds enjoyed an uninterrupted state of good health, to which his custom of painting standing, (a practice which, I believe, he first introduced,) may be supposed in some degree to have contributed; at least by this means he escaped those disorders which are incident to sedentary life.”3

As an aside, our present society has come to understand the health benefits of standing and the negative impact sitting has on our bodies. 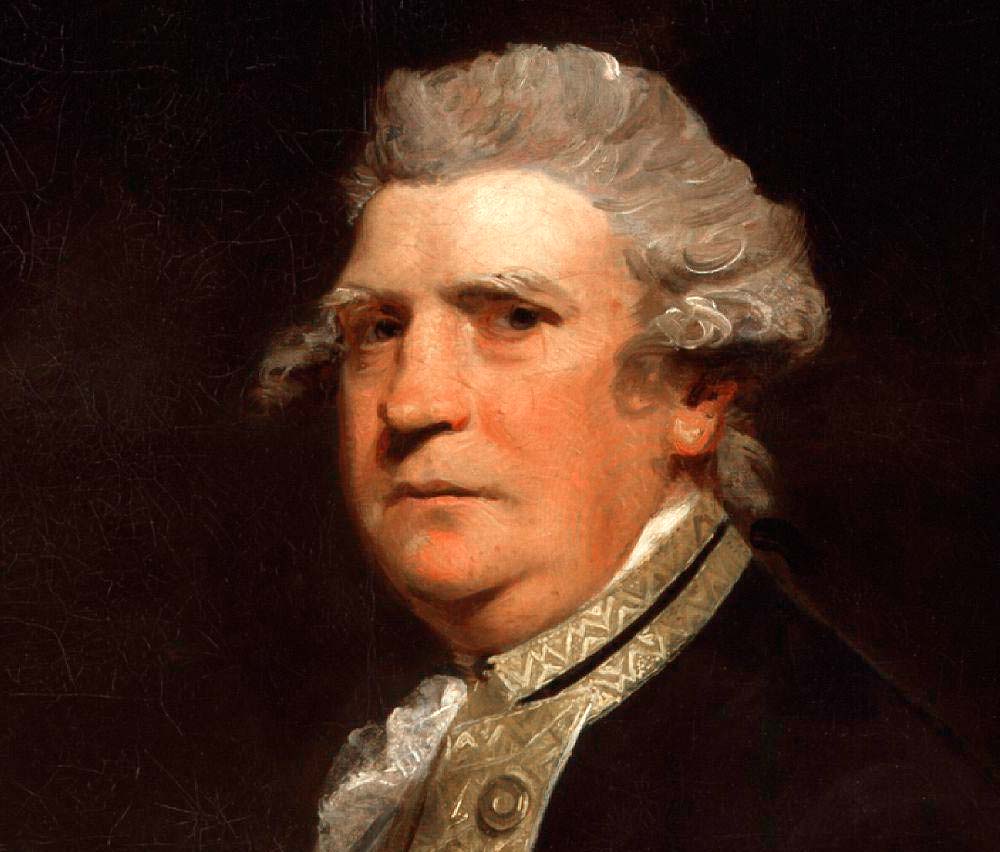 Reynolds was noted for his fidelity to nature.

“It is the truth and simplicity of nature, which he is ambitious to imitate . . . His portraits are distinguished from all others, by this, that they exhibit an exact imitation, not only of the features, but also of the character of the person represented.”4

Reynolds love for nature was such that one of his most ardent student’s, James Northcote, both praised and criticized him in one go.

“Now he was unquestionably a genius, but as a teacher he was the worst master possible. He had had no regular education himself, and could not even draw a hand, except as an object of sight. What he did was entirely from the force of his genius alone, and genius, you know, cannot be communicated.”5

Written accounts also show that Reynolds often used a large mirror in which to view his arrangement. 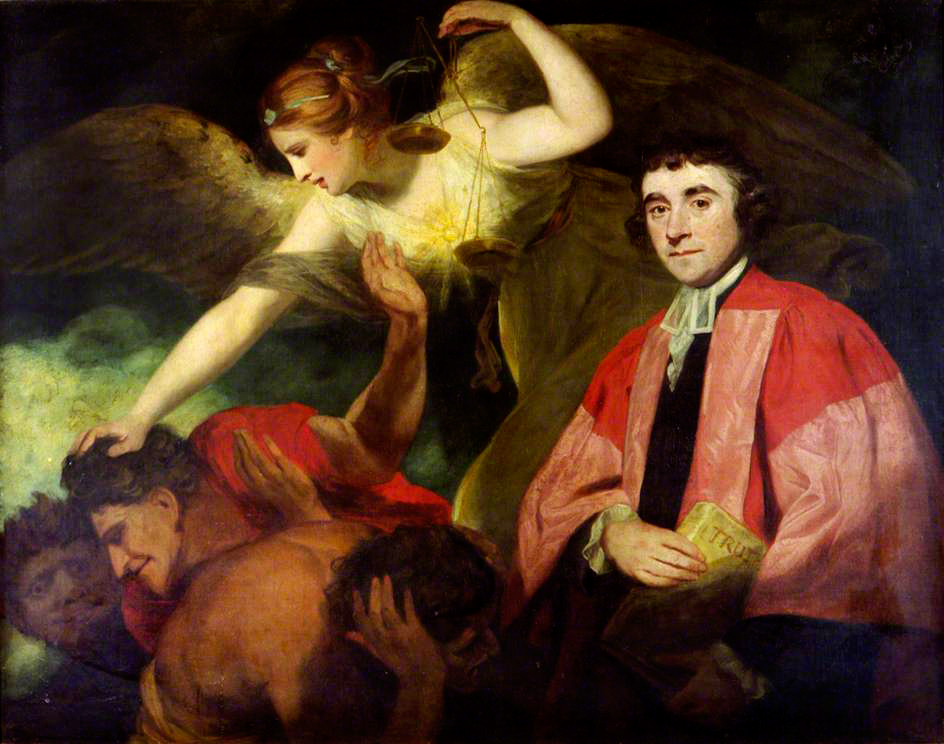 Sir Joshua Reynolds, The Triumph of Truth, 1773. The man facing us on the right-hand side of the painting is Dr. James Beattie, quoted earlier and below.

But a mirror is not only useful to provide the artist with a fresh eye. One can also be used to help entertain the sitter.

The main figure in the image above is Dr. James Beattie. He kept a diary and below is a selection, written during his sittings for the picture.

Monday, August 16th, 1773.
“Breakfasted with Sir Joshua Reynolds, who this day began the allegorical picture. I sat to him five hours, in which time he finished my head, and sketched out the rest of my figure. The likeness is most striking, and the execution most masterly. The figure is as large as life. The plan is not yet fixed for the rest of the picture. Though I sat five hours I was not in the least fatigued; for by placing a large mirror opposite to my face, Sir Joshua Reynolds put it into my power to see every stroke of his pencil; and I was greatly entertained to observe the progress of the work, and the easy and masterly manner of the artist . . .”6 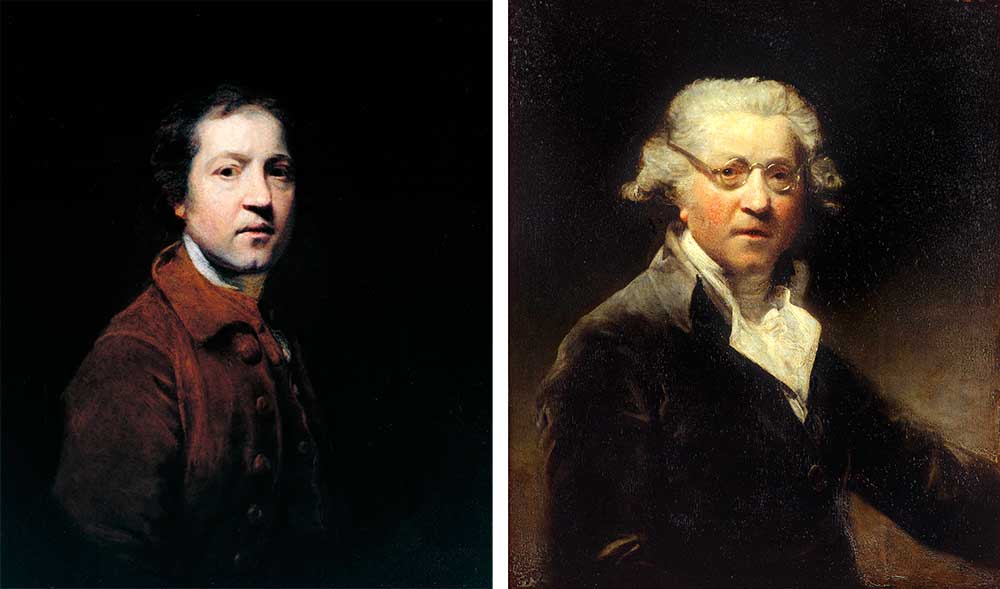 “Look at the object from which you are painting, with your eye-lids half closed, which give a breadth to the object, and subdues all the little unimportant parts.”7 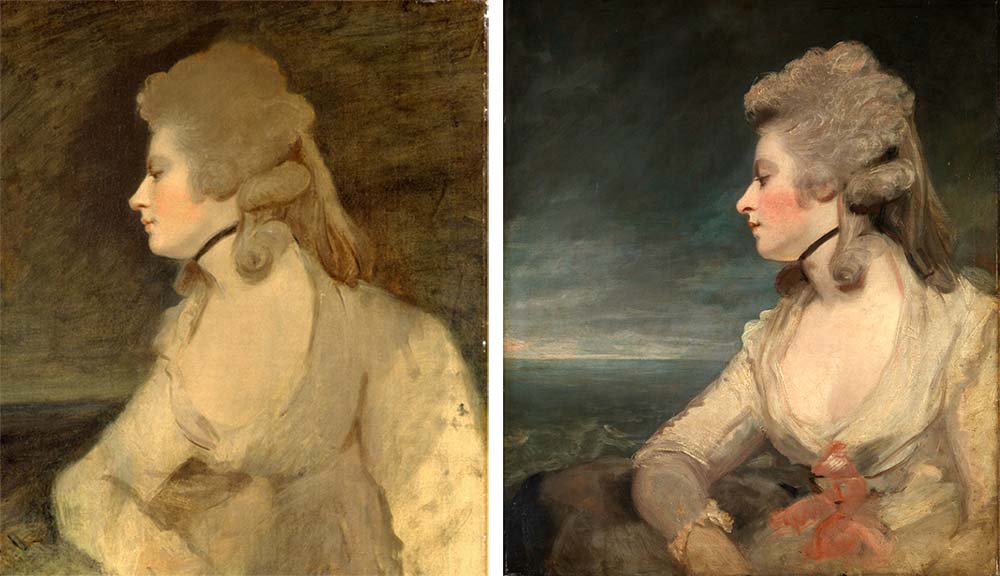 On the left, Reynolds study for his Portrait of Mary Robinson. On the right, the final painting (1783).

No one is perfect, of course, and Sir Joshua had his issues. His attempts at discovering the secrets of the masters often had damaging consequences. Many of his paintings have not held up well due to his experiments. Legend has it that he also inadvertently damaged some of the old master drawings and paintings in his collection, trying to figure out how they were made.