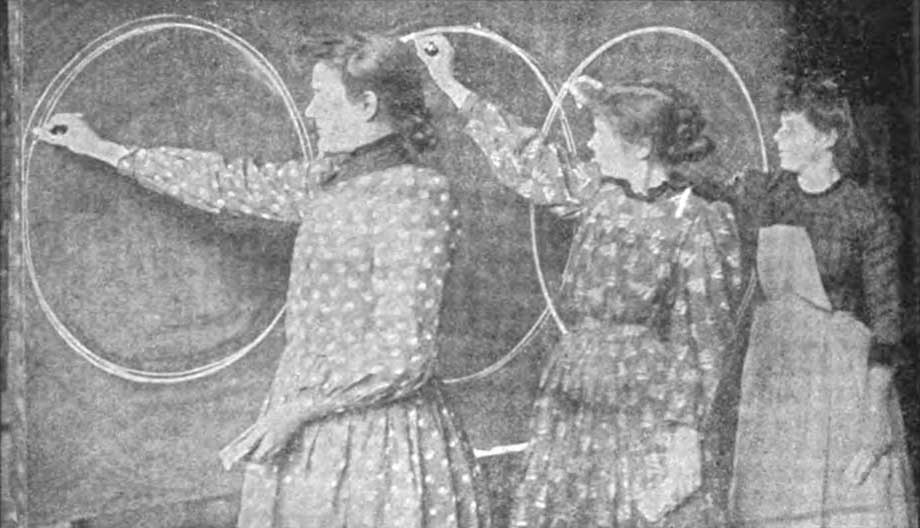 My father once told me a story about a geometry teacher he had. She possessed an amazing skill, the ability to draw a perfect freehand circle on the chalkboard. She would stand an arms-length away, perpendicular to the board, hold out her arm and rotate it around to form the circle. Given the structure of our shoulder (a ball and socket joint) one might assume that we all have this ability. Try it for yourself. Mine was a bit off. It seems, however, that in the early part of the twentieth century this was a skill that was taught to teachers.1

As interesting as that may be, the title of this article is really about how one goes about simplifying an object in order to draw it more successfully. I write about this in my books as well as in many articles on this site.

Harold Speed in his book, The Practice and Science of Drawing (see the image below), suggests that observational drawings should begin with a flattening of the curves as a means to grab the essential aspects of the whole of the object. He calls this process blocking in and writes about it as follows: 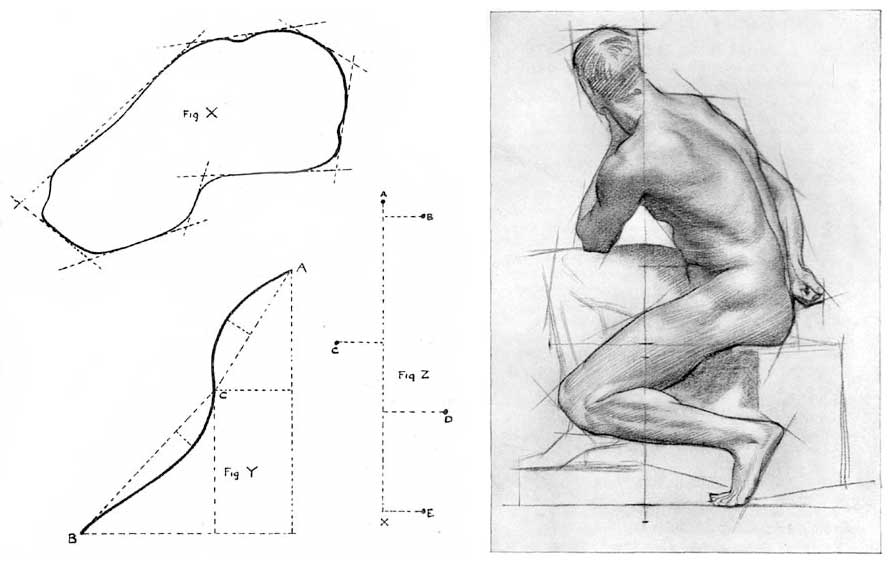 Harold Speed, from The Practice and Science of Drawing.

I was taught to call this step blocking-in as well and the term fits the action and intent of the process. But lately I have also been mentioning squaring the circle* to my students as a means of reinforcing their understanding of the concept.

You see, when faced with a curved shape such as a circle (or any shape for that matter), determining its boundaries is the first problem. A curve is easily broken down into facets. Once those are correctly related to each other it’s a much simpler matter to smooth off the shape. Wood carvers and stone sculptors do much the same thing as part of their process.

Of course not all artists of the past did this. R.H. Ives Gammell, who taught two of my teachers, writes about the uncertain role this faceting approach to drawing has in an artist’s training. One of Gammell’s first teachers was William Sergeant Kendall, whose approach he comments on here:
“A feeling for underlying flat planes undeniably gives character to the expression of form. It has appealed to some painters more than others. Among the great masters Hals carried the principle farthest while Ingres leaned the most in the opposite direction. Pushed to the extreme of absurdity it became the basic justification of Cubism. But it is at least doubtful whether beginners should be subjected to this kind of discipline. After a lifetime of painting I find myself still uncertain whether such training at an early stage is valuable or whether it is positively harmful to the pupil.”3

Gammell then goes on to quote the influential nineteenth-century art teacher Horace Lecoq De Boisbaudran:
“Breaking up all forms of nature, including those of the human figure, into squares, angles and triangles, cannot fail to affect the child’s notion of real form; for children are highly impressionable. By thus destroying all grace, suppleness, and delicacy, and forcing on their young attention shapeless masses, exaggerated into squares and angles, the delicate growth of a true feeling for beauty and harmony is destroyed in the bud.”4

Having written all that, Gammell then concludes:
“But all this is an open question and a certain amount of schooling in simplifying complex forms into flat planes has much to be said for it. I am grateful to Kendall for his emphasis on it. In later years Paxton [William MacGregor Paxton, Gammell’s final teacher] criticized the system adversely. DeCamp [Joseph DeCamp advised Gammell when Gammell was searching for a teacher], on the other hand, advocated it as his own painting shows. He considered Paxton’s drawing, which he admired, overstressed the curves. Paxton told me that DeCamp’s work, which he admired, was slightly flawed by his over-emphasis of the flat planes. And so the reader of these notes who is seeking to reconstruct a sound method of teaching drawing will have to decide this matter for himself.”5

Boisbaudran’s opinion on this issue (quoted above by Gammell) was frequently rejected at the time, at least in some circles.

In a Burlington Magazine review of his book from 1912 the reviewer comments on Boisbaudran’s criticism of the approach:
“Doubtless this method has produced awful work from bad students, but detail, unless you trace it mechanically, is almost impossible to get right unless you have first a general geometrical skeleton into which to fit it. In fact no master or student could give detail its correct and proper place without having either on the paper or in his head some system of angles and masses for the whole.”6

Furthermore, Boisbaudran also contradicts himself in Appendix I of his book:
“In calculating a shape, one may imagine it inscribed in a simple elementary figure, such as a square, a circle, a triangle, etc., and decide how far it approaches or recedes from the imaginary figure described about it.”

Alas, we are left with but one conclusion, that both approaches have their adherents as well as their varying degrees of success. Those who follow the faceting approach would be wise to remember that nature contains very few straight lines. Do not let the self-imposed flats blind you to the observed facts. Likewise, those who dislike faceting but prefer curves should be mindful of the relationships between the curves. Accurately representing a curved form depends not only upon the correctness of the curve but also on the relationship that the curve has to the surrounding forms.

*Note that the phrase, squaring the circle, is really an ancient geometry problem wherein one is supposed to construct a square, with the same area as a circle, using only a straightedge and a compass. It was eventually proven impossible in 1882.7