The Color Dances But The Values Stay Put 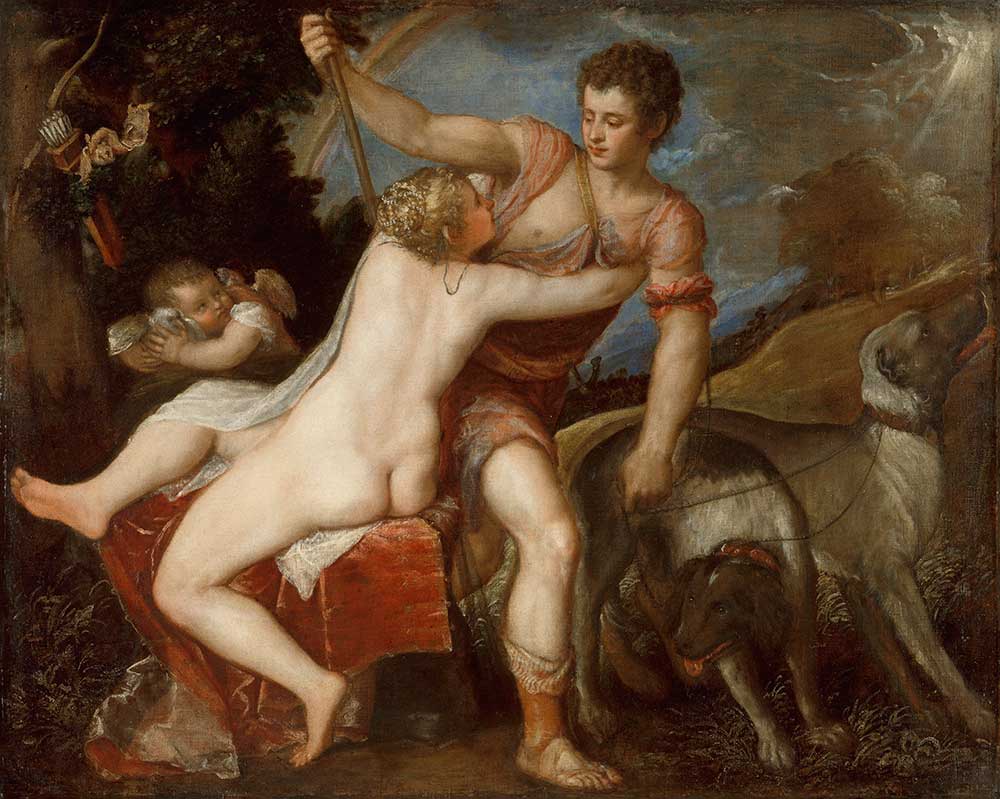 “Nature deals in broken color everywhere, but she never deals in broken values. The color dances, but the values stay put.” That aphorism, or a version of it, is something that every student should regularly hear mentioned in all Gammell-based ateliers.

Its author, Birge Harrison (1854-1929), initially made the statement in a lecture he gave to the Art Students’ League’s summer school, back in the early nineteen-hundred’s. It was under the topic of Vibration. Of course the concept (and perhaps the wording) was not his invention. Harrison believed it began with those who first put paint to canvas when directly in front of outdoor nature, most notably John Constable (1776-1837). Later on the French Impressionists, and then the Pointillists, took it to the extreme.

Landscape is a great venue to see dancing colors, especially in skies and on snow-covered ground. But if we consider Harrison’s vibration concept as merely a subset of the larger fact that value presents itself to us solidly, and color often does not, its origin pre-dated Constable by centuries.

Note that to visually explain all this might be a bit beyond the technology we have available to us. The problem is that my monitor is not showing me the colors in this article’s images in the same way yours shows them to you. Whether we know it or not, we’re using different monitor calibrations. Added to that is the file compression needed to make images quickly load on a webpage. As an example, pre-compression, most of the images in the article were cooler than what is displayed on my screen. Yes, the differences can be very subtle, but that’s the problem – nature’s values and colors are often very subtle!

To help, I’ll show some of the article’s images in pairs, with one in full color and the other in grayscale. In the end, however, you’ll need to rely more on what I say than on what I show.

So let’s begin by stating the obvious, that color and value are not the same thing.

Below is a landscape painting by Birge Harrison. Take a look at the snowy areas. On the actual painting the light areas are made up of whites, pinks, light blues, and yellows. The dark areas of the snow exhibit much the same thing, albeit darker. Interestingly, in the greyscale version, the value shifts are subtle and do not always correspond to the shifts in color.

Again, the concept is most easily seen in a landscape, which was Harrison’s focus as an artist and author. Having said that, dancing colors and stationary values are apparent everywhere, if you have the eyes to see them.

Below is a detail of a portrait by William McGregor Paxton (1869-1941). In it there are pinks, blues, and yellows in the cheek area beneath the cheekbone. Although the colors are varied, the value of the area remains largely consistent. The colors dance but the values stay put. 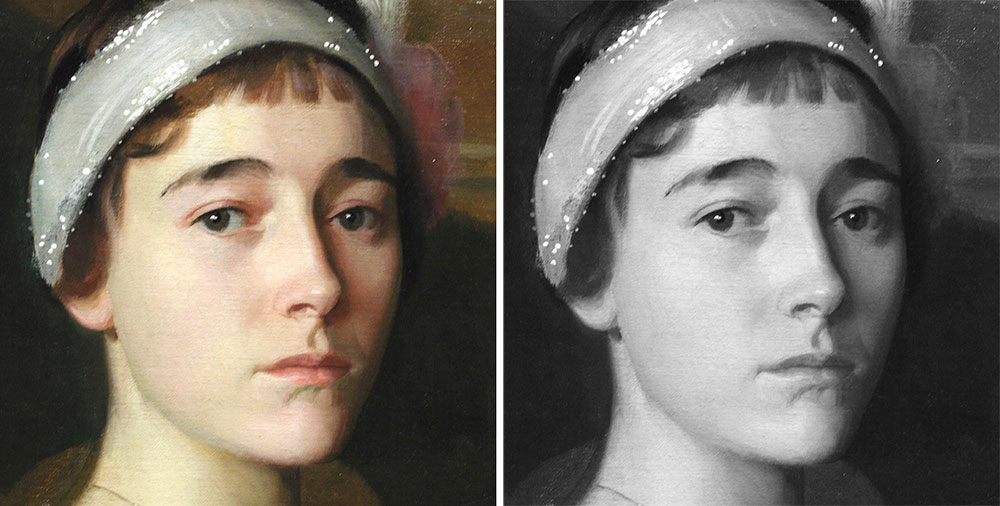 The opposite is true in the details of the Bronzino (1503-1572) and Salviati (1510-1563) shown below. In them the shifts in color mimic the shifts in value. Fortunately, both the values and colors are staying put. 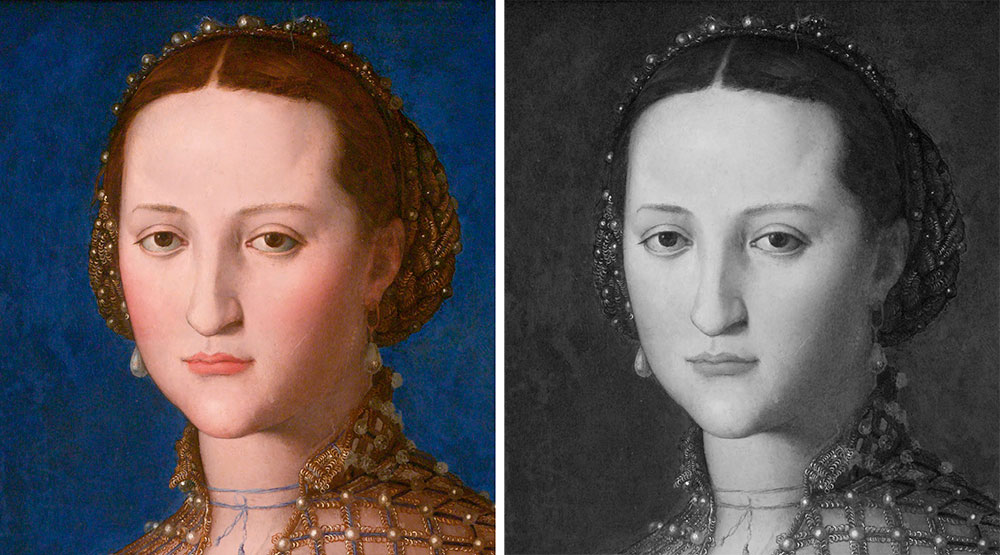 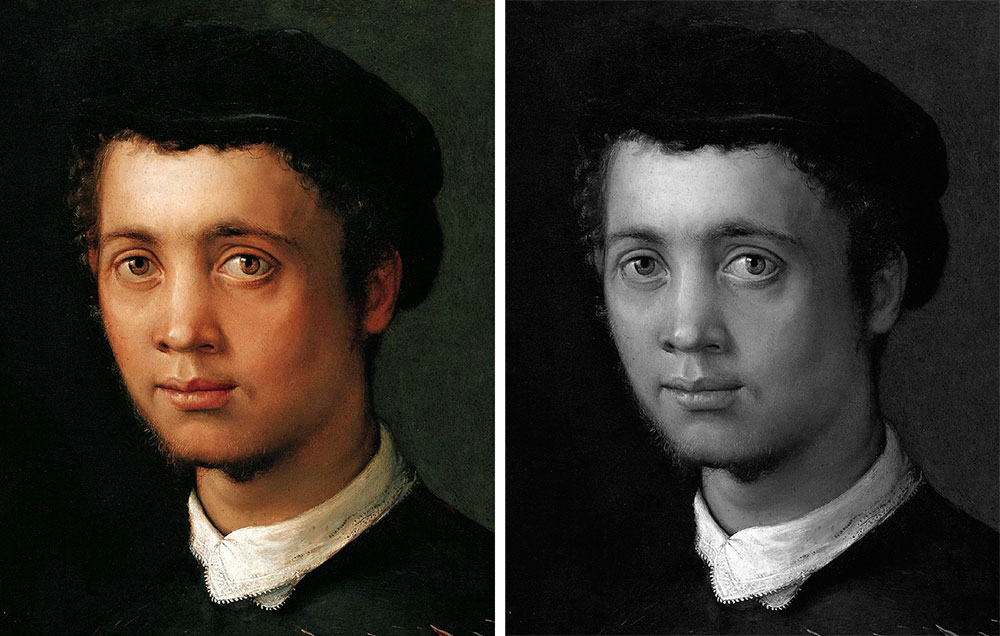 Titian, as shown in the header image, more fully understood dancing color than did Bronzino or Salviati. The detail below shows his prowess admirably (though your monitor might not). In person one can see all the subtle pinks, blues, and yellows in the flesh, often painted in identical values. Again, color dances but the values stay put.

If all of this is still a mystery to you, take a look at the detail from a still life by Edmund Tarbell (1862-1938). I have circled, in green, two areas where one can see color shifts with consistent values. 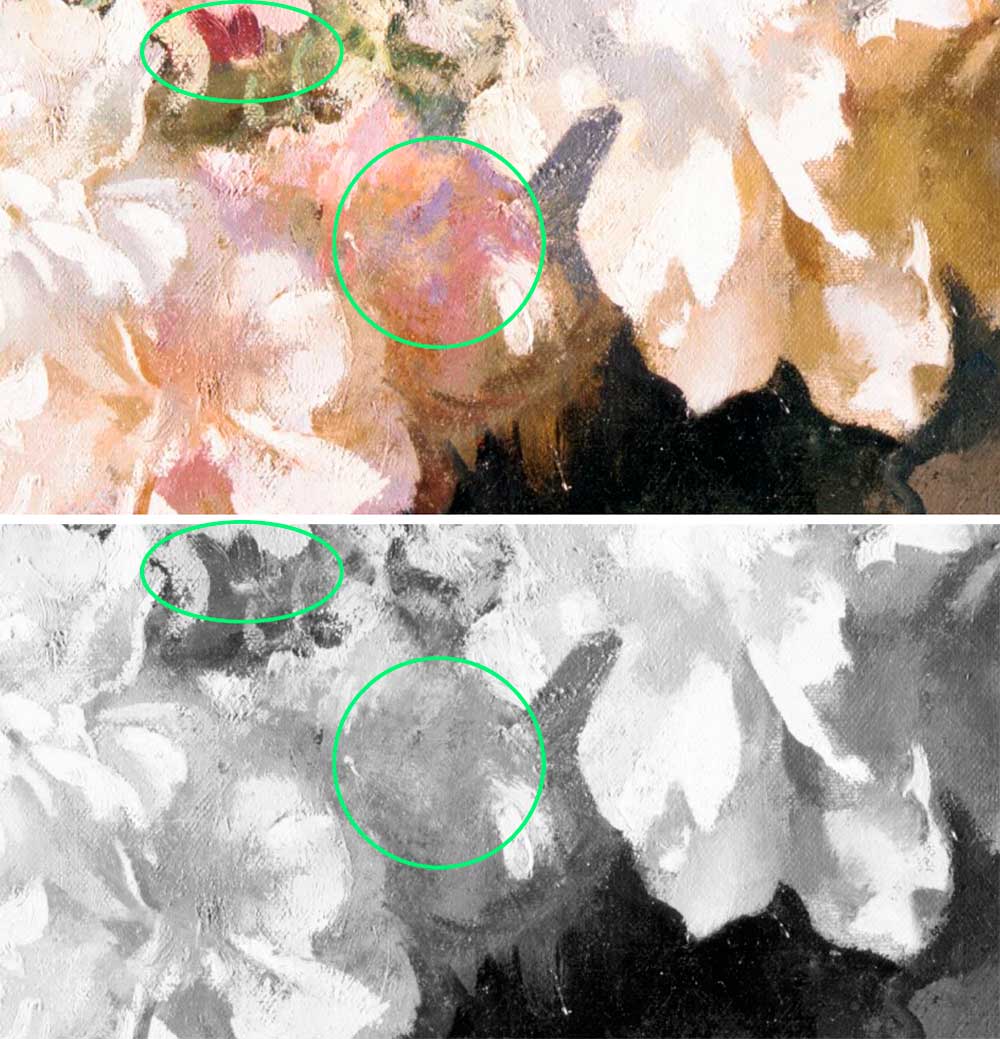 Earlier I mentioned that it was fortunate both Bronzino and Salviati’s values and colors were staying put. This is because were the values to dance the result would not be successful. In that case, the flesh would look mottled, and that is not pretty. In the end that’s the real warning of colors dance but values stay put. Do not confuse a shift in color for a shift in value.

In 1909 Harrison compiled his lectures into a book titled, Landscape Painting. That book is long out of print, however you can find free PDF copies online. For those that prefer physical books, a few years back I republished it, combined with Asher B. Durand’s Letters on Landscape Painting. You can purchase a copy of that combination here.