The Sharpest Sharp and Softest Soft 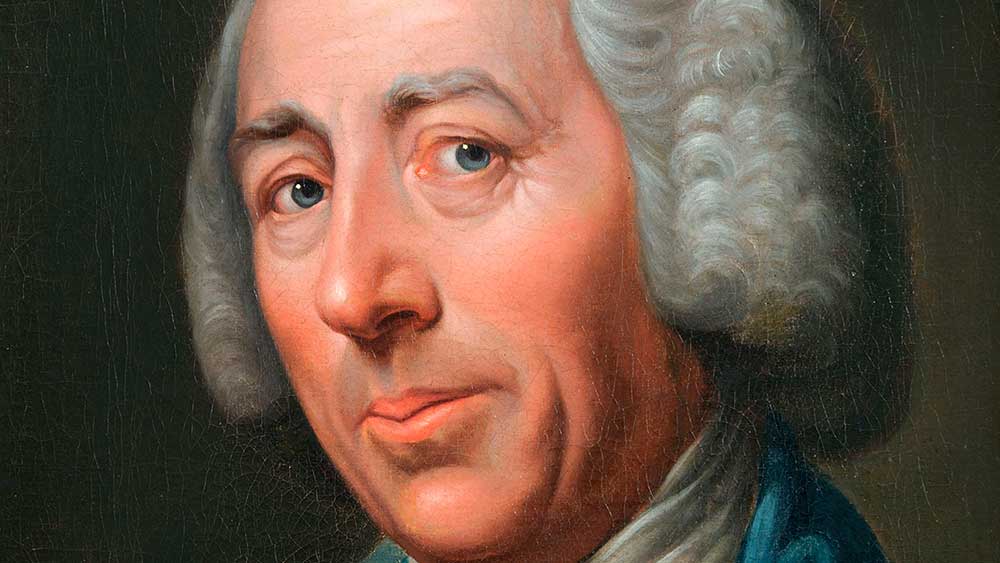 All too common among self-taught artists (as well as some trained ones) is a lack of edge variation in their work. Although the opposite also occurs, this error is most often made by representing all edges as being equally sharp. But to make an accurate representational statement you must use the full range of edges and this begins with finding the extremes: the sharpest sharp and softest soft.

While it is an accomplished painting, Dance’s portrait of Capability Brown does not demonstrate an ability to paint as the eye sees. Rather than verbally explaining what I mean, take a look at the painting below. It is of Benjamin Franklin, from one of Dance’s contemporaries, Joseph Duplessis. Notice especially the differences in how each artist painted the eyes and mouths of their subjects. 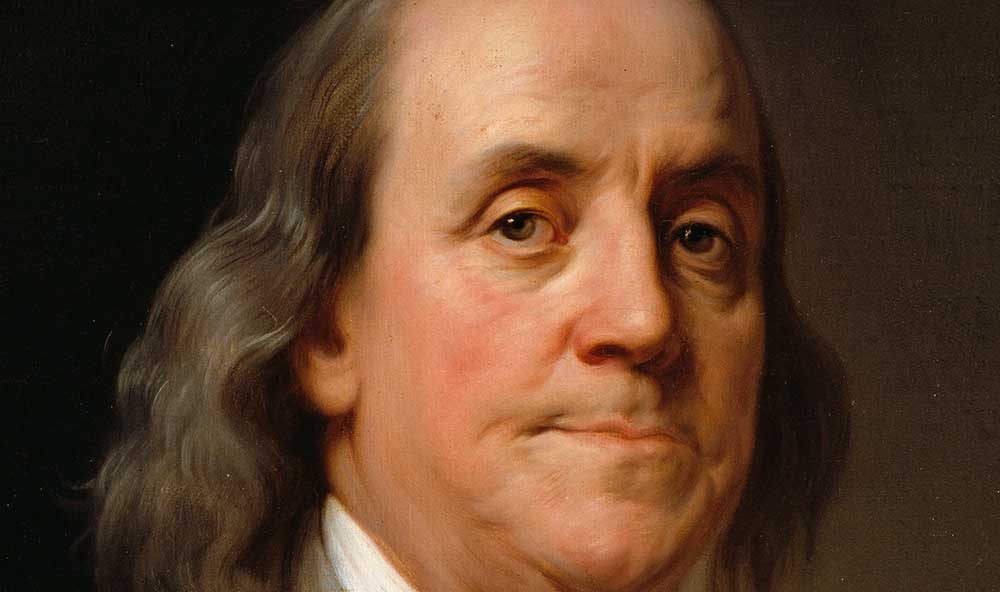 Here is a more direct comparison of the eyes in both paintings. Dance sharply delineates the boundary between each form, whereas Duplessis gives us a more complete visual impression.

Dance’s Brown on the left and Duplessis Franklin on the right.

Dance perceived and painted in a piecemeal fashion. Piecemeal seeing is defined as seeing each part of the scene independent of everything else. When you see in this way, and draw or paint those perceptions, it is likely that you will end up with something like Dance’s painting. Conversely, Duplessis painted each part of the scene as it visually related to every other part. Once again, context is everything.

In fact, the eyes on the far side of the noses in each painting demonstrate these two types of seeing beautifully. Both of Brown’s eyes are equally and sharply resolved (as are all of his other features). This leaves the viewer to their own devices, choosing where to look with no direction from the painter. But look at how soft and yet fully resolved Franklin’s left eye (our right) appears. That aspect practically forces you to focus on his right (our left) eye, which is likely where Duplessis was focussing as he painted the entire painting.

Below is a similar comparison between the mouths in the two paintings.

Dance’s Brown on the left and Duplessis Franklin on the right.

Brown’s mouth is just shy of looking like a cookie-cutter cutout, pasted on. The form of Franklin’s mouth is realized as related to the whole face. Duplessis understood that to paint the complete visual impression he had to orient all edges to the sharpest sharp and softest soft. 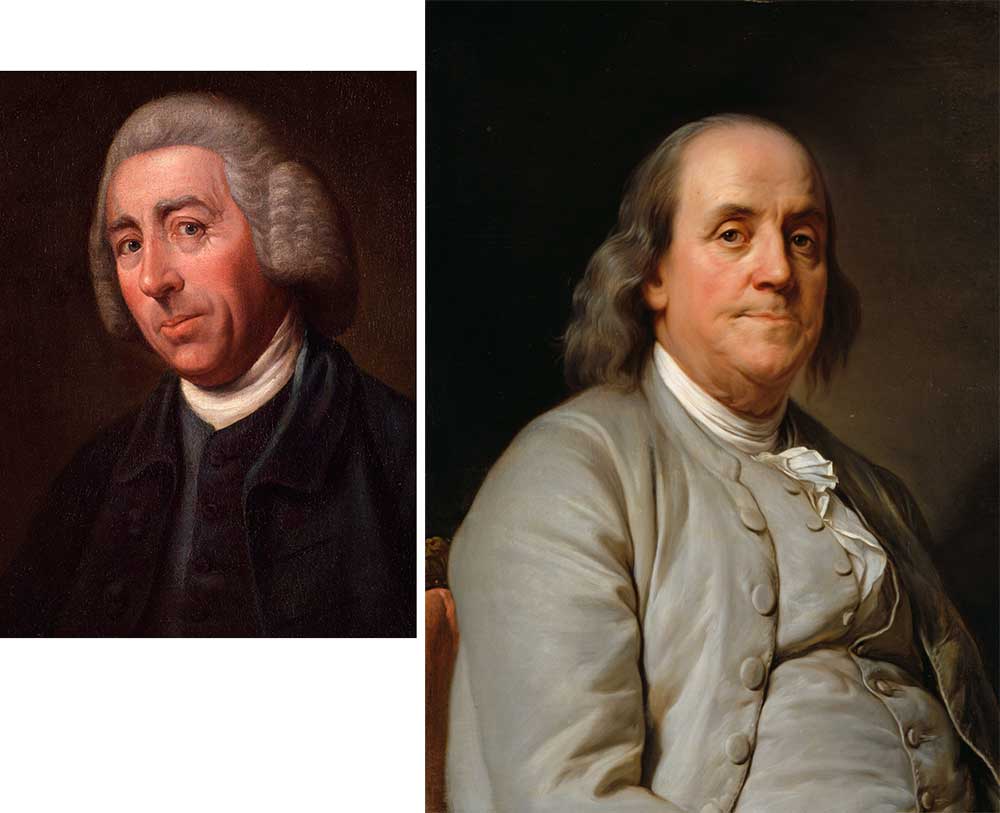 To be absolutely fair, both paintings should be viewed at their full sizes. You can see them as such, above.

Unlike shape, where we have plumb lines (and values, where some use Munsell chips as guides), there is no mechanical help available to help you check your guesses during the process of finding the extremes of edge. You must visually determine those based entirely upon what you see in the scene itself.

Like values, however, there is a gamut (a range) imposed upon you by your materials. Even the sharpest sharp in nature often appears far softer than we can successfully render. And the other extreme, the softest soft, is again at times softer than our materials can manage. One takeaway from this is that nature is always softer than we think or see, which is why many artists look away from the edge they are painting in order to more accurately determine its level.

When it comes to turning edges* you would search for the extremes of edge for the same reason that you found the value extremes, in order to see the entire visual impression (aka the big-look):

You can see, in the photograph of a cast below, two options for the sharpest sharp and one for the softest soft. 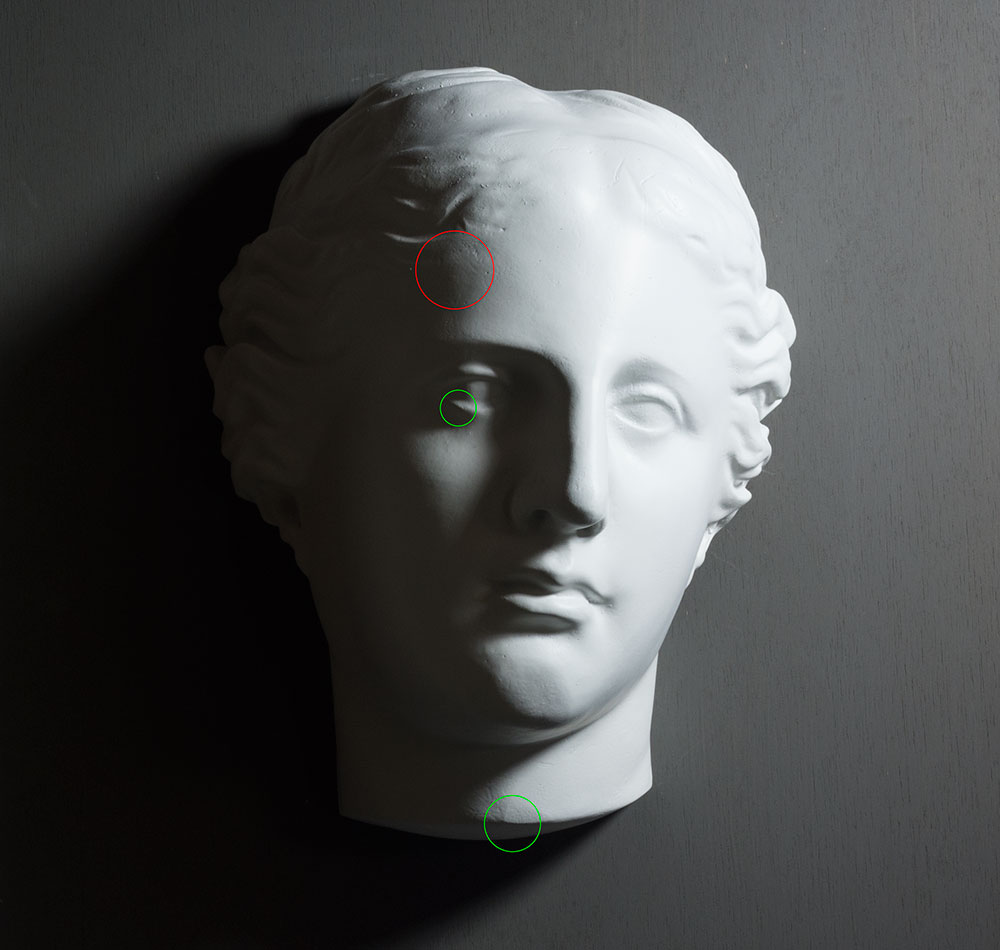 The level of each sharp edge would be compared to the sharpest sharp, and each soft to the softest soft. You can do this directly by focusing on each edge as you paint it. Or you can do this indirectly by trying to maintain your focus on the sharpest sharp while you peripherally observe the level of the edge in question. But that’s for another article.

Mentioned in the list above is the fact that the softest soft’s can be so soft that no actual edge is discernible. When you come upon this problem, you can often find the edge by creating a cast shadow using your charcoal or paint brush. Since shadow is the absence of light, you will see the shadow of your charcoal in areas of darker halftones. Where you lose that shadow, you have found the shadow’s edge. See the video below for an example of how to do that.

*“Turn your edges” is a common saying in ateliers and the implication is valid. Edges are turned from sharp to soft. This is also called modeling. Even more so than value contrasts, properly turned edges are the main way we have of making a drawing or painting appear to have depth. Note as well that some refer to sharp and soft as found and lost.

This article had as its genesis a chapter in my book, The Sight-Size Cast.