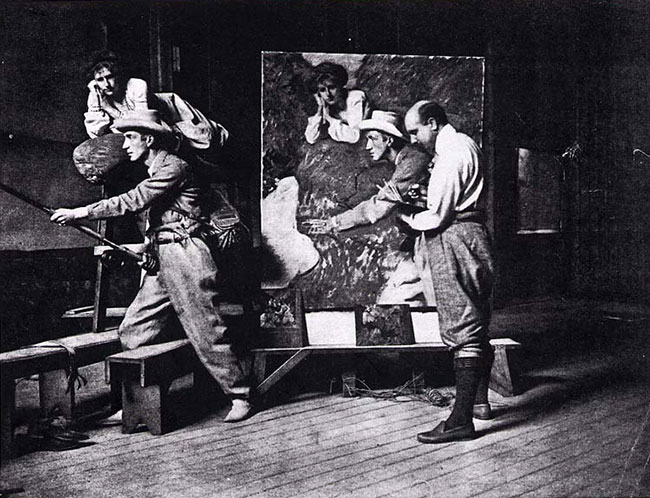 Charles Wellington Furse in the studio working on the painting,
Mr. and Mrs. Oliver Fishing on the River Laerdel in Norway (1903).

At age 16, Charles Wellington Furse, ARA (1868-1904) became a student of Alphonse Legros at the Slade school, London. Later, he attended the Académie Julian in Paris. He was a painter of portraits and figure subjects, lecturer and writer on art. His manner was free and original and he was particularly adept at painting horses. 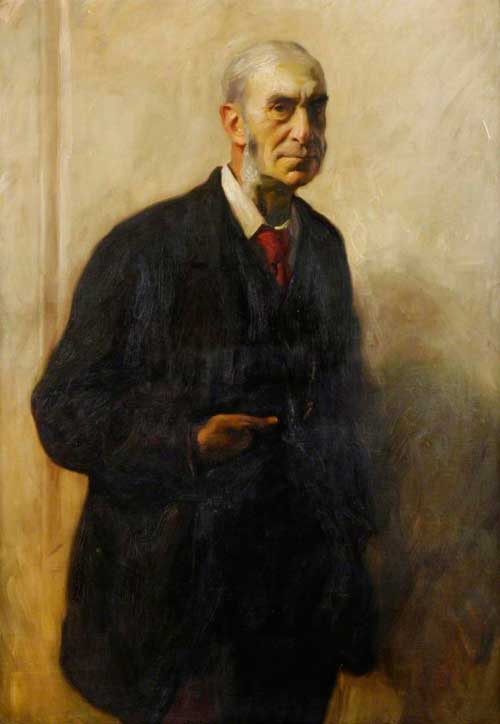 “Heavily built and square-shouldered, he looked so robust, in his knickerbockers and tweeds, with big biceps and full calves. There was a suggestion of Rembrandt in his massive head, with its small, humorous eyes; and he wore a short moustache and tuft under his lip. Pugnacious, argumentative, ever trailing a coat, he was the joy of his friends, of whom no man had more.”
-Sir William Rothenstein, Men and Memories (1931), Vol I, p. 173. 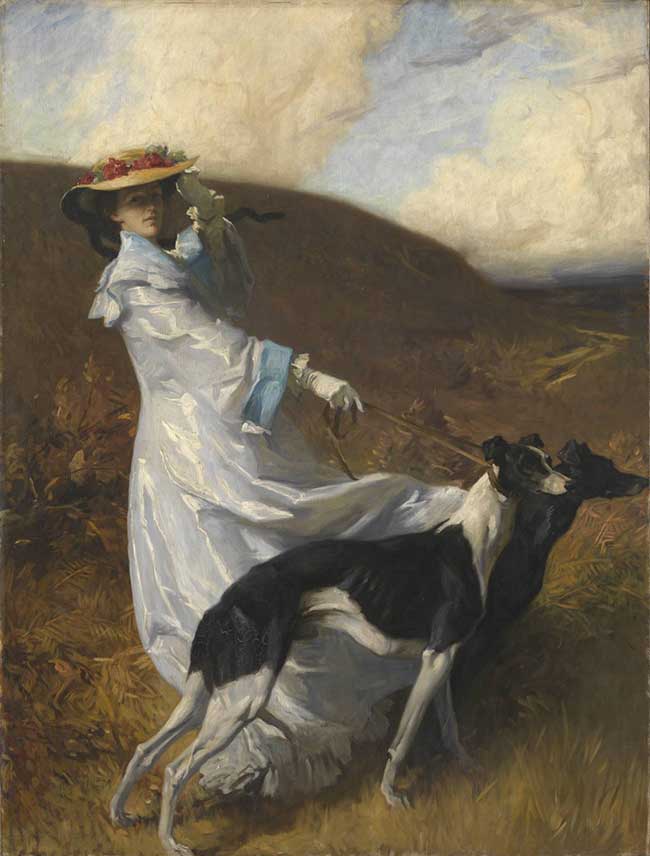 Charles Wellington Furse, Diana of the Uplands, from the Tate, London.

For an interesting biography on Furse, see an Exhibition of Pictures & Sketches by Charles Wellington Furse, A. R. A.