Article by Darren Rousar. Most recently updated in May of 2019. 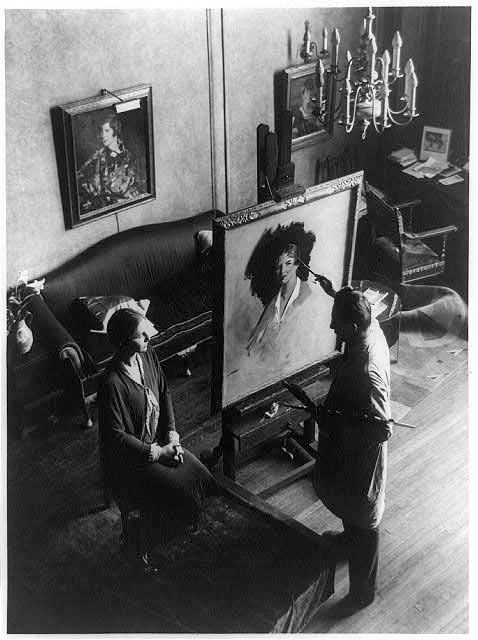 Leopold Seyffert painting a portrait of Helen Wills Moody, sometime between 1930 and 1956.*

Leopold Seyffert studied at the Pennsylvania Academy of the Fine Arts under Thomas Anschutz, William Merritt Chase and Cecilia Beaux. In early to mid-twentieth-century America he was very much in demand as a portrait painter, painting upwards of 500 portraits before his death in 1956. The Wiki has a good article on Seyffert, here. 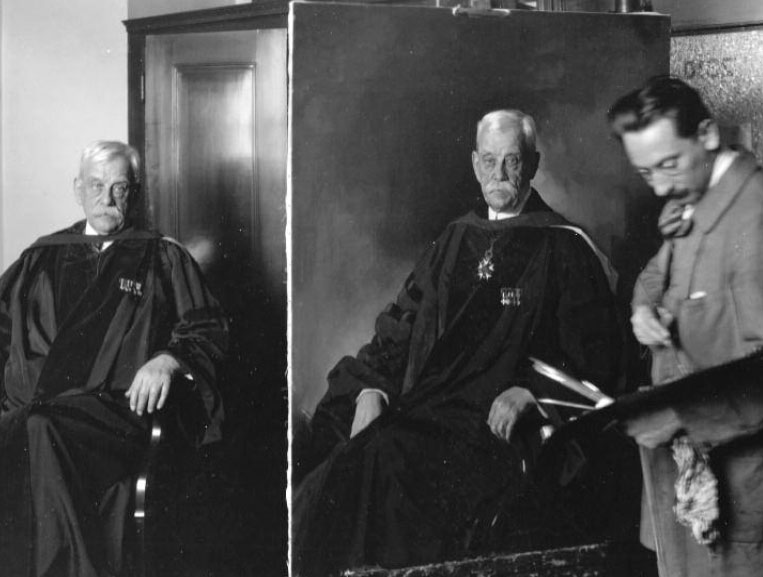 Above we see Seyffert using Sight-Size to paint an under life-size portrait. Notice that the canvas is closer to him than Dr. Holland is. When Seyffert backed up he would see his subject and the painting at the same visual size. 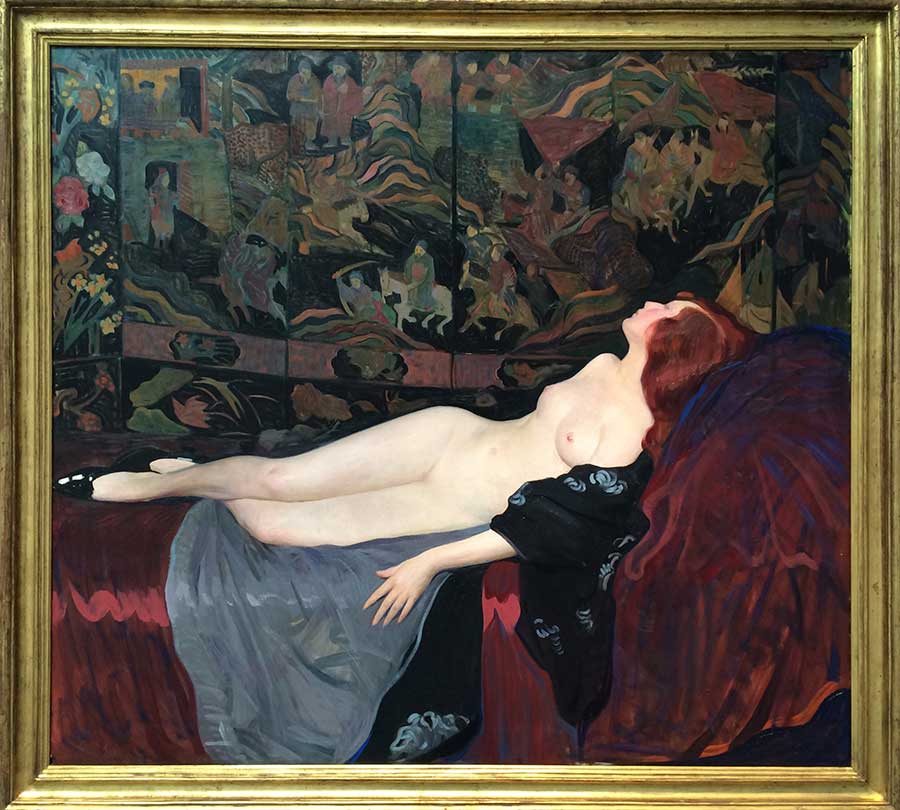 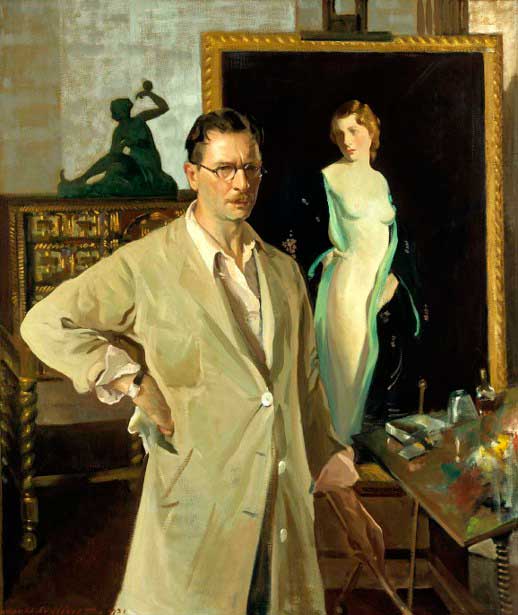 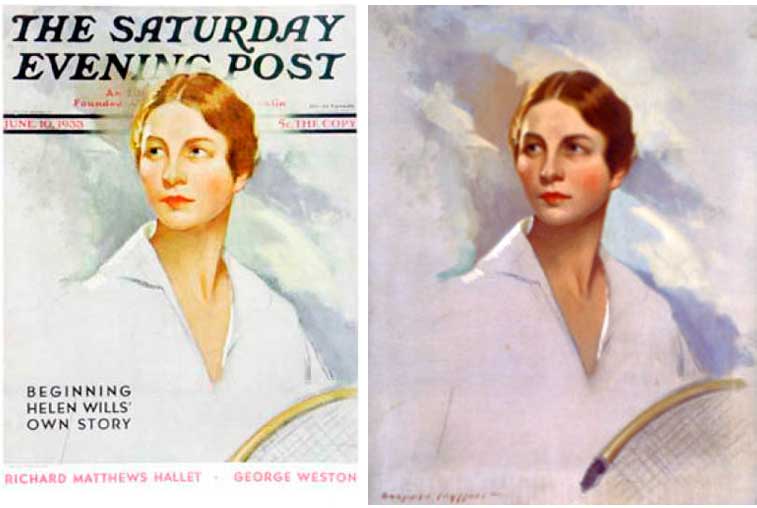 The cover of the Saturday Evening Post, June 10, 1933 and the original painting of Helen Wills Moody by Seyffert. 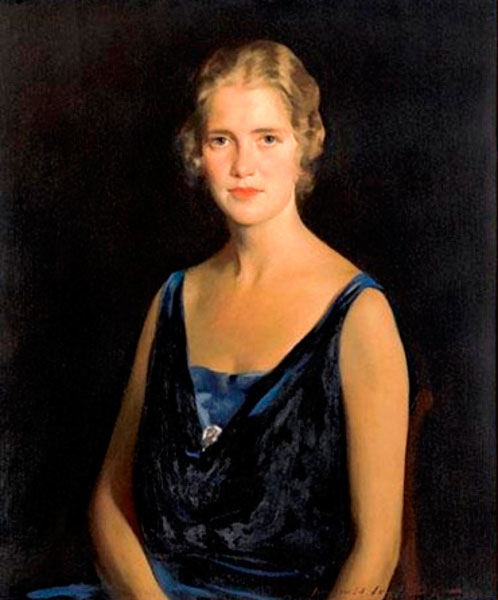 The video, below, is a presentation of stills and audio describing Seyffert’s portrait painting process. 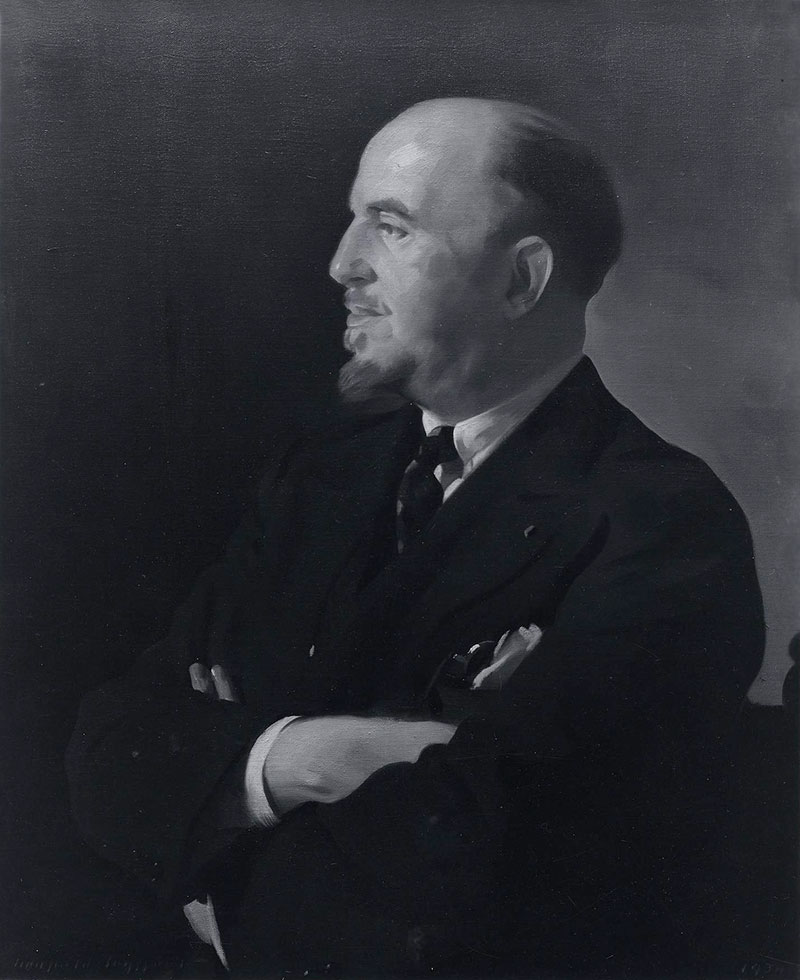 Leopold Seyffert’s portrait of Devitt Welch (1934), as seen in the video above.

Robert Seyffert, Leopold’s grandson, is an artist as well. He maintains a site about his family’s three generations of artists, here.

*The image at the very top of the post shows Seyffert painting a life-size portrait using Sight-Size. However, notice three things in the photograph. First, Seyffert, while up at the canvas, is looking directly at the model. Second, the model is looking at Seyffert. And third, based upon the shape of the shadow-side of her face compared to that on the painting, it is clear that she is out of pose. To be in pose, she needed to turn her head to her right. Then, to view her in pose, Seyffert would need to back up quite a bit. That is classic Sight-Size.