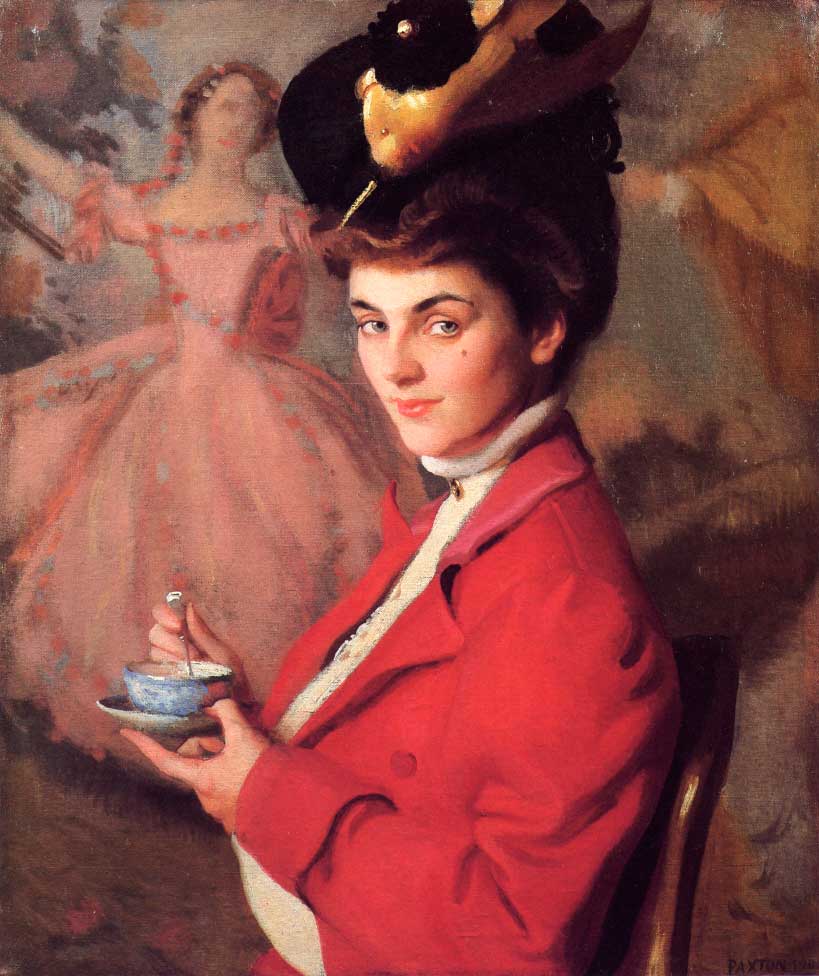 In this article I take a brief look at William McGregor Paxton (1869–1941). As one of his many artistic descendants I can’t help but be fascinated by him and his work but for the moment I am staying away from his biography. Instead I want to focus on one of his little known theories about binocular vision. 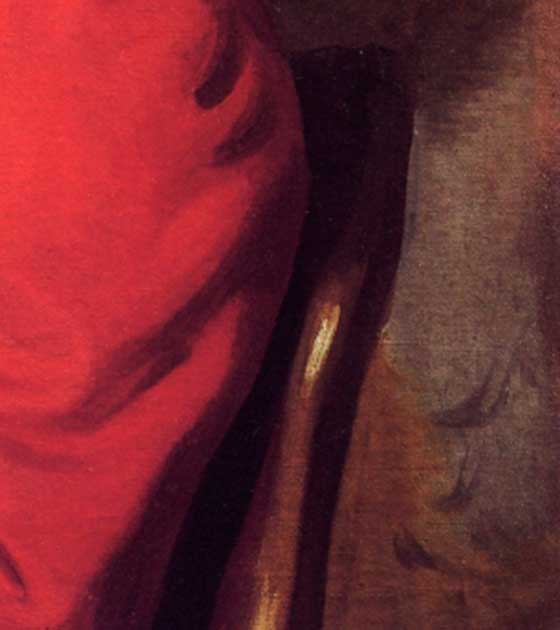 William McGregor Paxton, Cherry (detail), showing what may be evidence of double highlights.

By now it is no secret that representational painters routinely close one eye when viewing their subject – whether Sight-Sizing or not. It seems that Paxton had another idea. According to an article written in 1905 by an acquaintance, Paxton experimented with binocular vision when painting. “The man who uses both eyes is all the time conscious of objects whose vagueness is due mainly to the doubling of contours and highlights, especially those extending in a vertical or generally vertical direction.“1

Philip Hale, artist, teacher and author, also wrote of Paxton’s experiments and I shall quote the pertinent section of his article here:

“We hear a good deal, in Boston at least, about the famous binocular vision theory. It’s as simple as this. One day in painting, Mr. Paxton had trouble in making the line of a picture frame against the model’s head in the right place. He would close one eye, as artists have a trick of doing, and the frame would seem to be something to the left, then he would close the other eye and the frame would seem to be more to the right, then he opened both eyes and the frame seemed in two places at once. So he tried this experiment, which is easy enough for all to try. If you hold up your finger at arms length and focus both eyes on it, you will note that the things behind it seem to be double. On the other hand, if you focus on some object in the distance with the hand still outstretched, you will notice that there seem to be two fingers.” 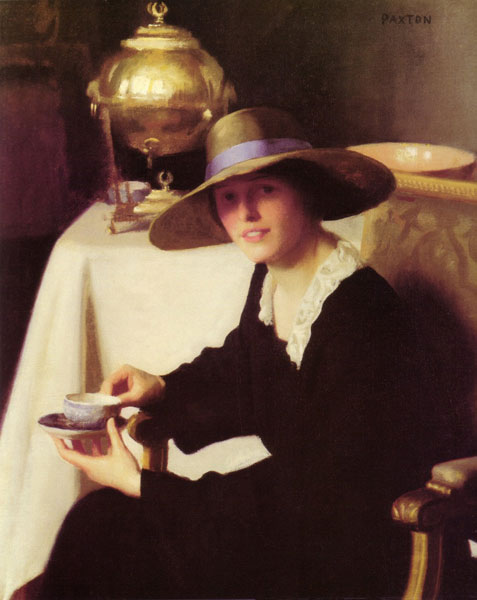 “From this our painter deduced the rule that upright lines behind or before the focusing point go double. And he painted the picture frames in his background in this way. The joke of it is that he painted in this manner for years without anyone noticing what he was up to; they only perceived that his backgrounds had a remarkable quality of ‘staying back.’ When at last he told his discovery some applauded him, others said he was an idiot and went home and did it themselves, and still others have never quite understood what he was talking about.“2 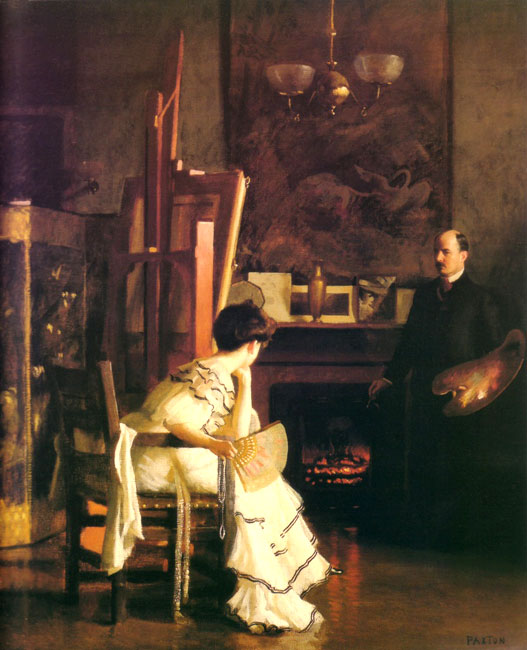 William McGregor Paxton, In the Studio (1905)

I came across these articles while doing some research on Paxton. Neither Richard Lack nor Charles Cecil ever mentioned this aspect of Paxton’s ideas to me, however, according to a few of my friends who were Lack students before I was, apparently he mentioned it to them. The technique was not recommended as Lack felt it could hinder the appearance of unity in the picture. According to Gammell’s Paxton biography, Paxton abandoned the practice in the early 1900s.