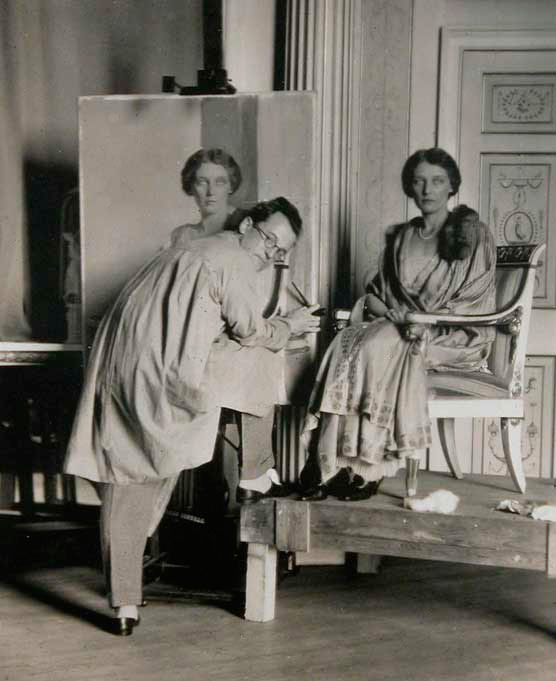 Sir Gerald Kelly painting Edith Teresa Hulton, wife of the 8th Lord Berwick, 1923. Note the height of the model stand.
At that height, the model would be seen as being slightly above the artist’s eye-level when he was back in the viewing position.

Sir Gerald Festus Kelly was born in London in 1879. He was educated at Eton College and Trinity Hall, Cambridge. In 1901, Gerald’s father, the Vicar of Camberwell, sent him to France to study painting.

In a 1956 television interview, Kelly reminisced about his years as an art student in Paris: “When I got to Paris, something went ‘bang’ inside me, and I, who had never gone to lectures or ever worked, had been utterly lazy, started to paint. I painted as long as the light lasted and, by and large, I have done that ever since.” *

He was elected to the Royal Academy in 1930 and became its President in 1949. Kelly painted many portraits of the royal family and he was knighted in 1945. 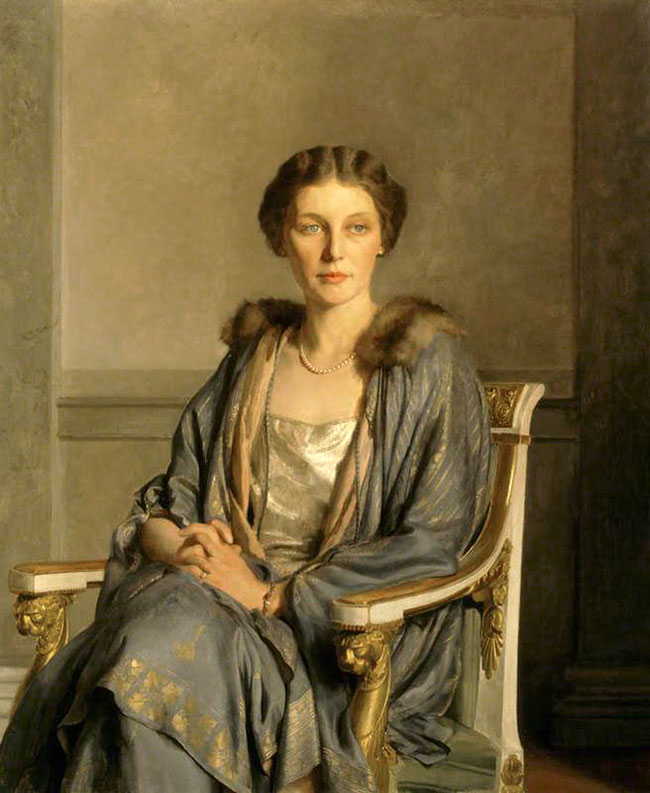 Kelly claimed that Whistler was an early influence on his work. That influence can be seen in a number of his portraits, especially those of his wife, Lilian Ryan, whom he first met in 1916 when she was working as an artist’s model. He married her in 1920. He painted many portraits of Lilian, titling them Jane, followed by a roman numeral of the year he first exhibited the painting. 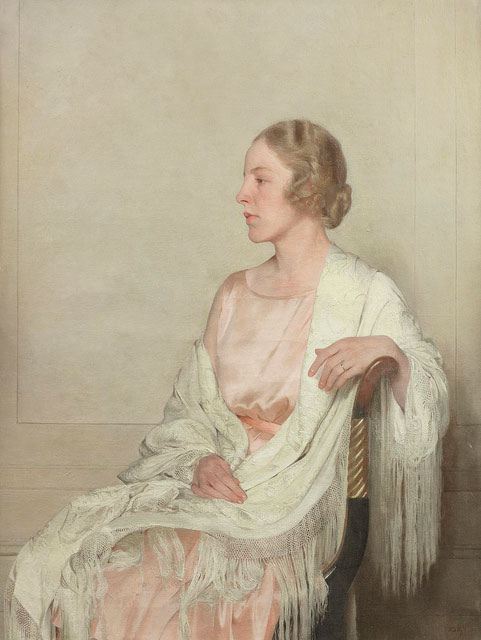 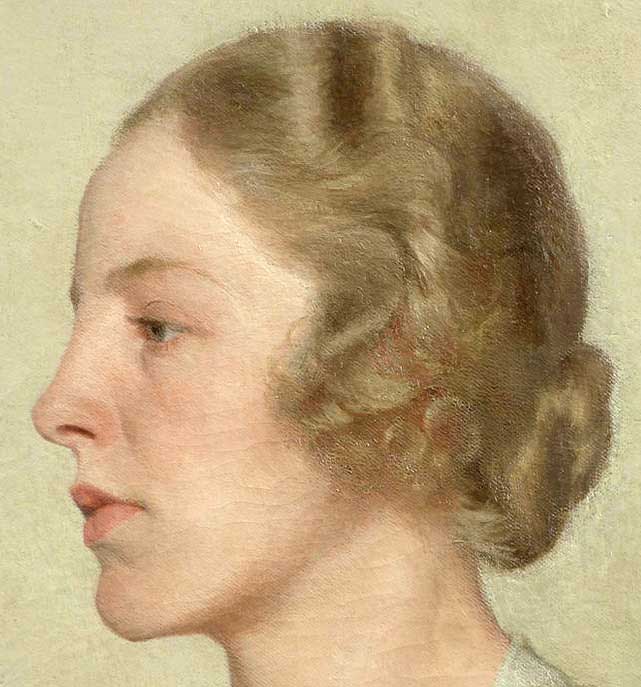 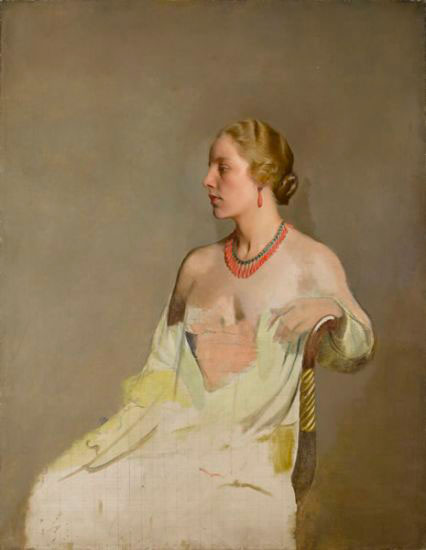 An unfinished version of one of the painting’s of his wife Lilian (aka, Jane). Portrait of Jane XIX.
Note the grid-lines.

Kelly was good friend’s with the author, Somerset Maugham, who he painted him 18 times. In kind, Maugham used Kelly as a character in a number of his stories. 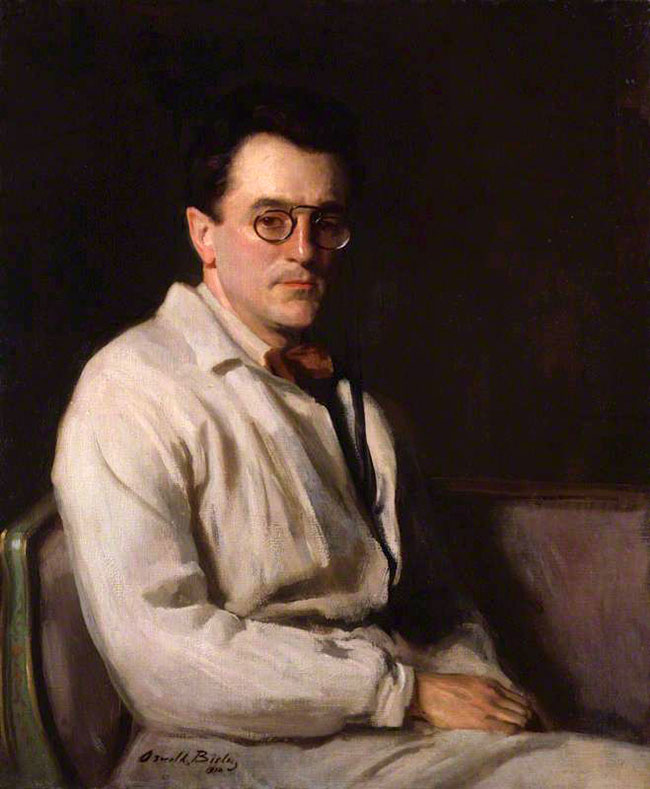 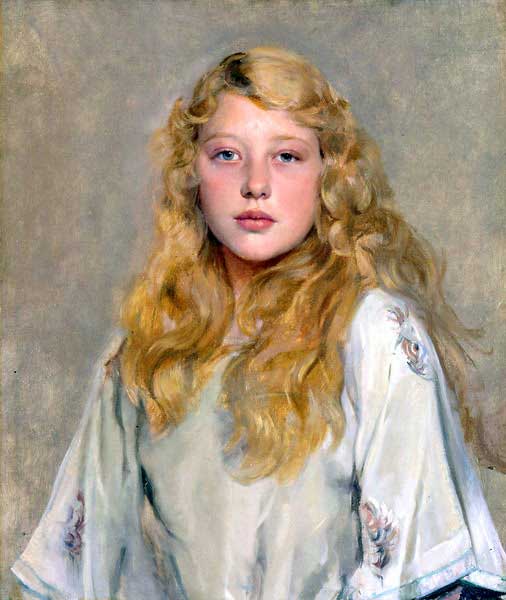