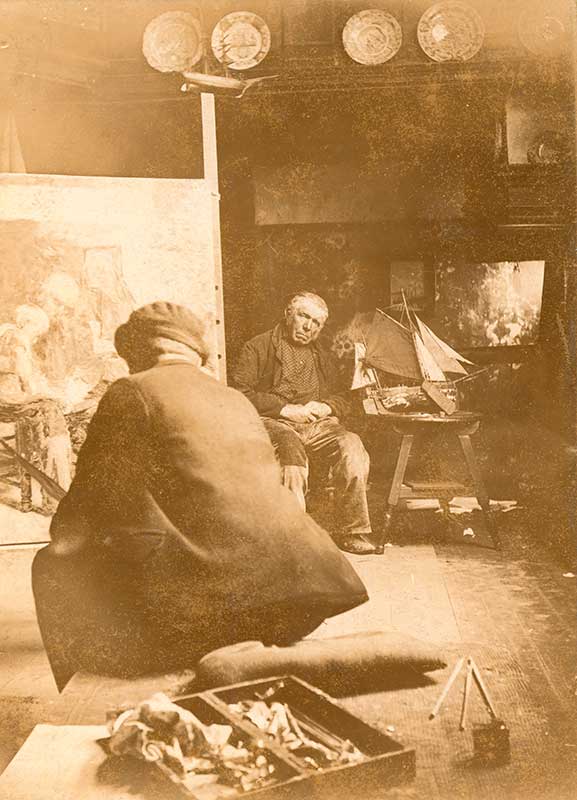 Jules Garibaldi (Gari) Melchers, like John Singer Sargent, was one of those late nineteenth-century American painters who spent years abroad perfecting their craft and establishing their career. His father was the sculptor, Julius Theodore Melchers (a student of Carpeaux), so art was in his blood. Although born in Detroit, at 17 Gari moved to Düsseldorf in order to attend its arts academy. Three years later he moved to Paris and received instruction at the Académie Julian as well as the Ecole des Beaux Arts. 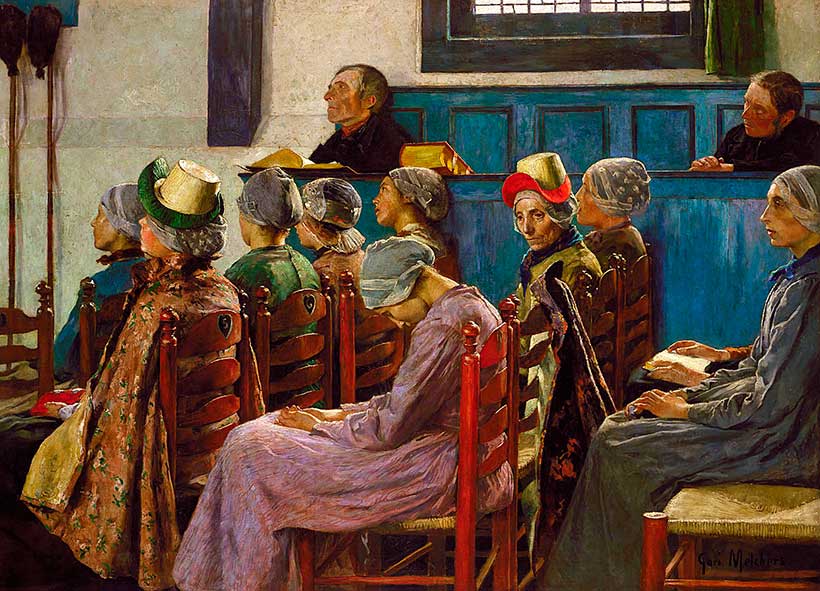 Gari would spend 38 years living and painting in Europe. During that time he made quite a name for himself. Upon his return to the States in 1915 he had won many prestigious awards and had been a Professor of Art at the Grand Ducal Saxony School of Art in Weimar, Germany.

For much of his European years, two of his main influences were Jules Bastien-Lepage and Puvis de Chavannes (who was also Melchers’ friend). Although far less refined, aspects of Bastien-Lepage’s work can be seen in Melchers’ painting, Audrey, below. 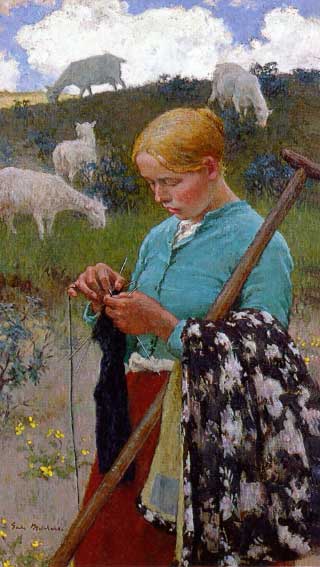 Melchers’ was a also a muralist. There are shades of Puvis in his mural work, as seen in his murals, War and Peace for the Library of Congress, Washington (1896). 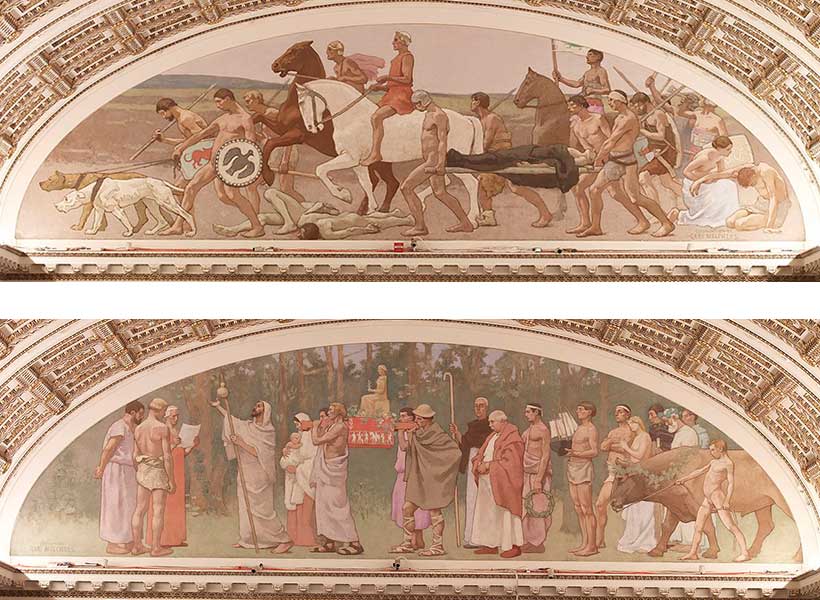 He was an accomplished interior painter, like many of his American Impressionist friends. 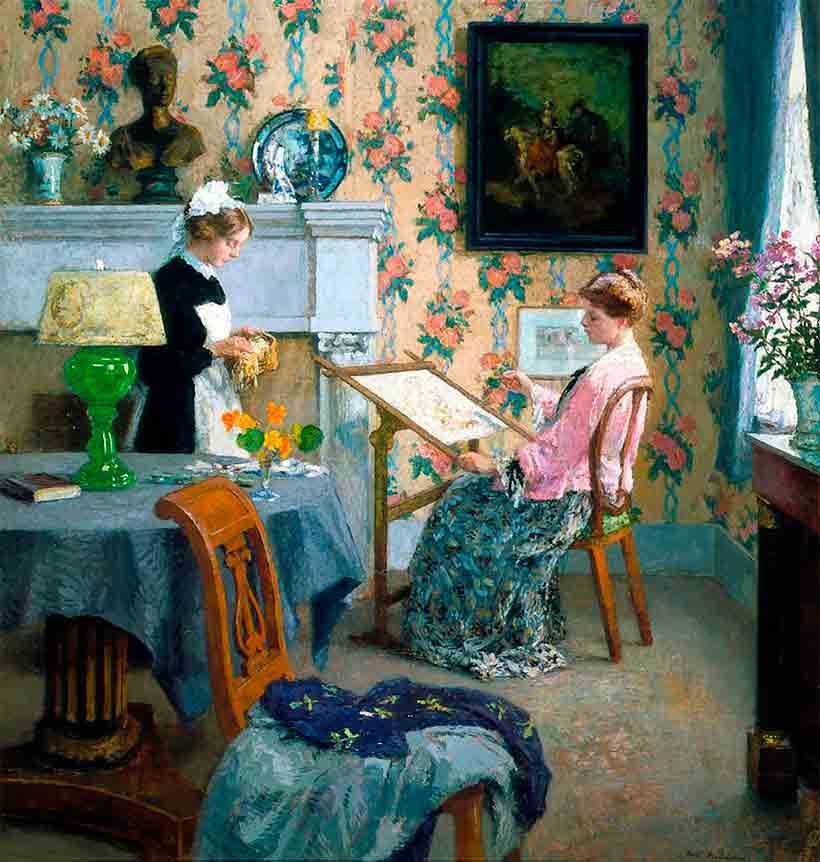 The caricature aspects in some of his work preceded Norman Rockwell. 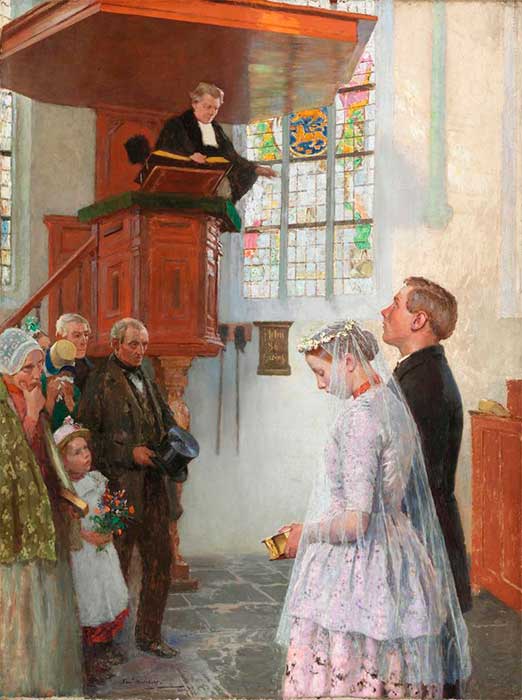 Gari died in 1932, at his estate, Belmont, in Falmouth, Virginia. 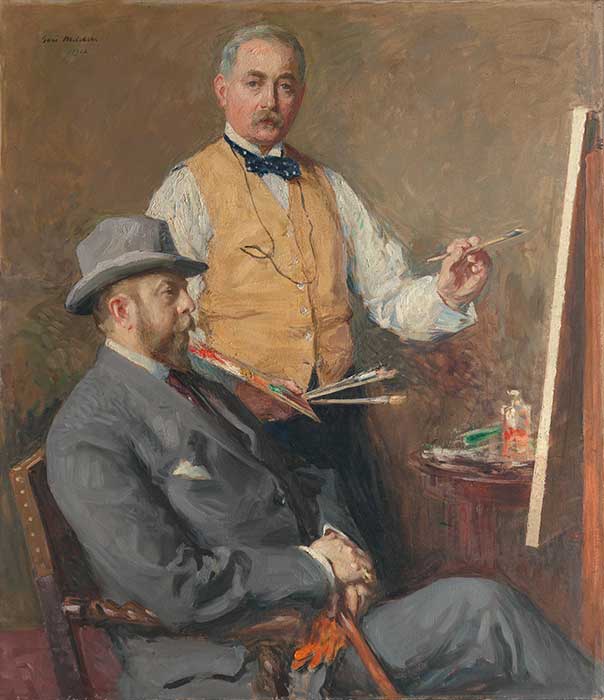 In the Studio: Gari Melchers and Hugo Reisinger (1912)

*This photograph, taken in 1890, may well be the earliest known photo of an artist using Sight-Size. Gari and his model are sitting on a platform, which allowed him to paint his model at eye-level. From the photo it’s hard to tell whether the easel is within arms reach or whether it’s directly next to the model. In that the head on the canvas is 1:1 with the model, finding the painting would give us the definitive answer. If the easel is next to the model (resulting in a painting were the subjects are life-size), Gari would need to get up and walk to the canvas in order to paint, then back up and sit down to view the model. This is not as hard is it might seem, all it takes is a determination to keep your eyes on the canvas when painting.