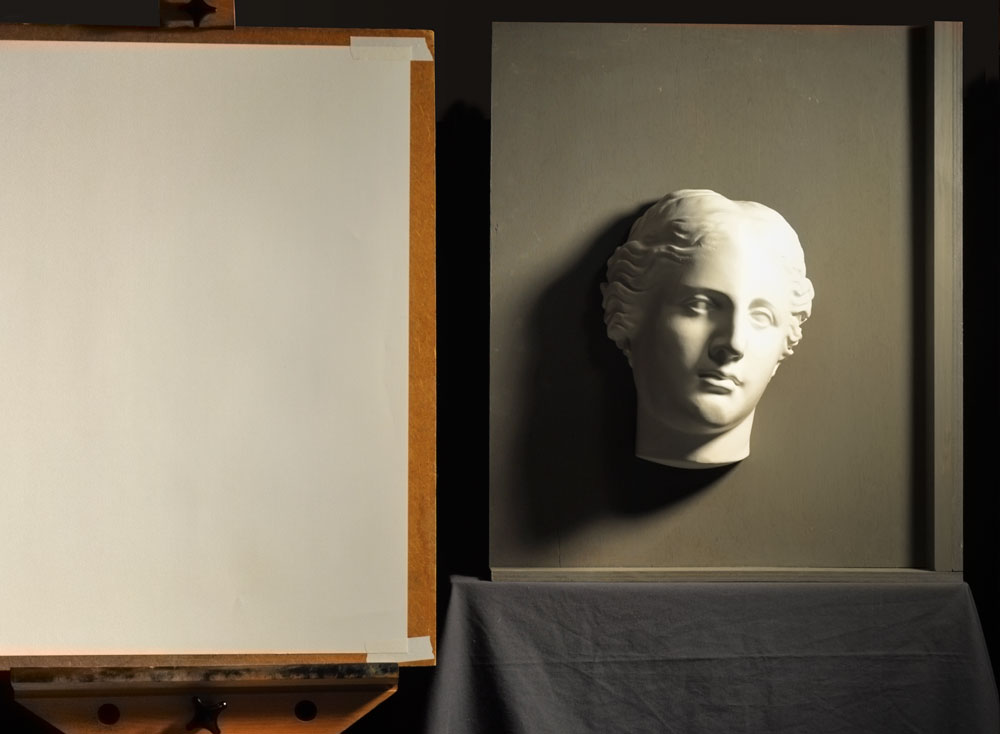 What’s wrong with this picture?

Setting up a Sight-Size project is not that difficult. Just keep in mind that Sight-Size is simply an arrangement of the artist, subject, and artwork which provides for a direct one-to-one comparison.

However, to be most effective for learning how to see, you must be sure to mind the gap by keeping the subject and artwork as visually close to each other as possible. Why? Because as your eye travels between the source and the artwork, your retina briefly retains the images that you see. This aspect of sight is called persistence of vision, or human visual persistence. The difficulty is that these images are retained for only a split second.

The farther apart your source is from your artwork, the less chance your retina has of retaining each image as you flick between them. When that happens you are left with having to rely on your visual memory.

A related issue with the setup in the photo above is the fact that the drawing board is also showing between the paper and the cast.

To understand why this is an issue, imagine a musician about play a song. After tuning their instrument, and right before commencing the song, someone blows a whistle in their ear. After that, how well do you think that musician is going be able to play?

Both situations put an intermediary in your way and force you to rely on your visual memory (which I am certain you are actively training).

For the student who is learning to see, a proper setup is a must as it affords them the opportunity to make full use of all aspects of Sight-Size.

The proper setup is shown below. The paper is taped right up to the edge of the board that is closest to the cast. The board is positioned as close to the cast as possible, while still leaving some space for the cast shadow to show. In this case, the easel is slightly ahead of the still life stand, which puts the plane of the drawing board at the mid point of the cast (front to back).

The last aspect is debatable as one could succeed with the easel placed back far enough to keep the board even with the face of the shadow box. That is actually more traditional than what I show in the photo.

Note that since I am left-handed, I prefer my source on the right and my artwork on the left.

Were I to do the drawing, I would draw the centerline on the paper in a position which would give the outline of the cast a bit of breathing space on the right. Not too much, mind you, just a little.

When setting up a Sight-Size arrangement, mind the gap and don’t let a whistle get in the way. 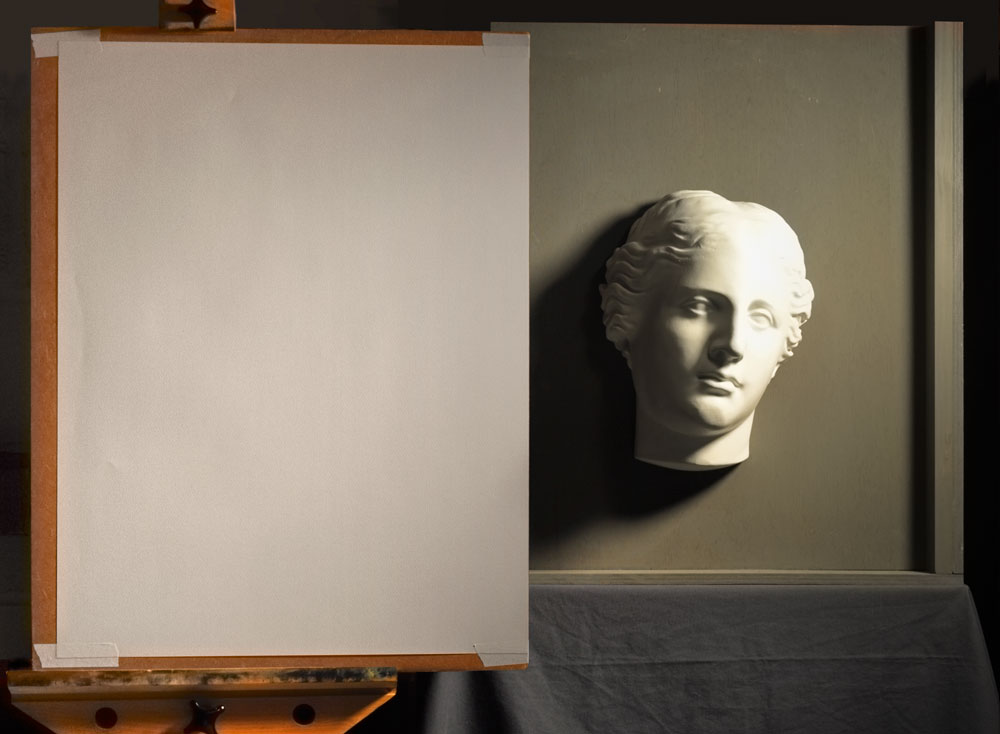 The proper Sight-Size setup. Notice how the drawing paper is visually close to the cast, with no drawing board visible in-between.